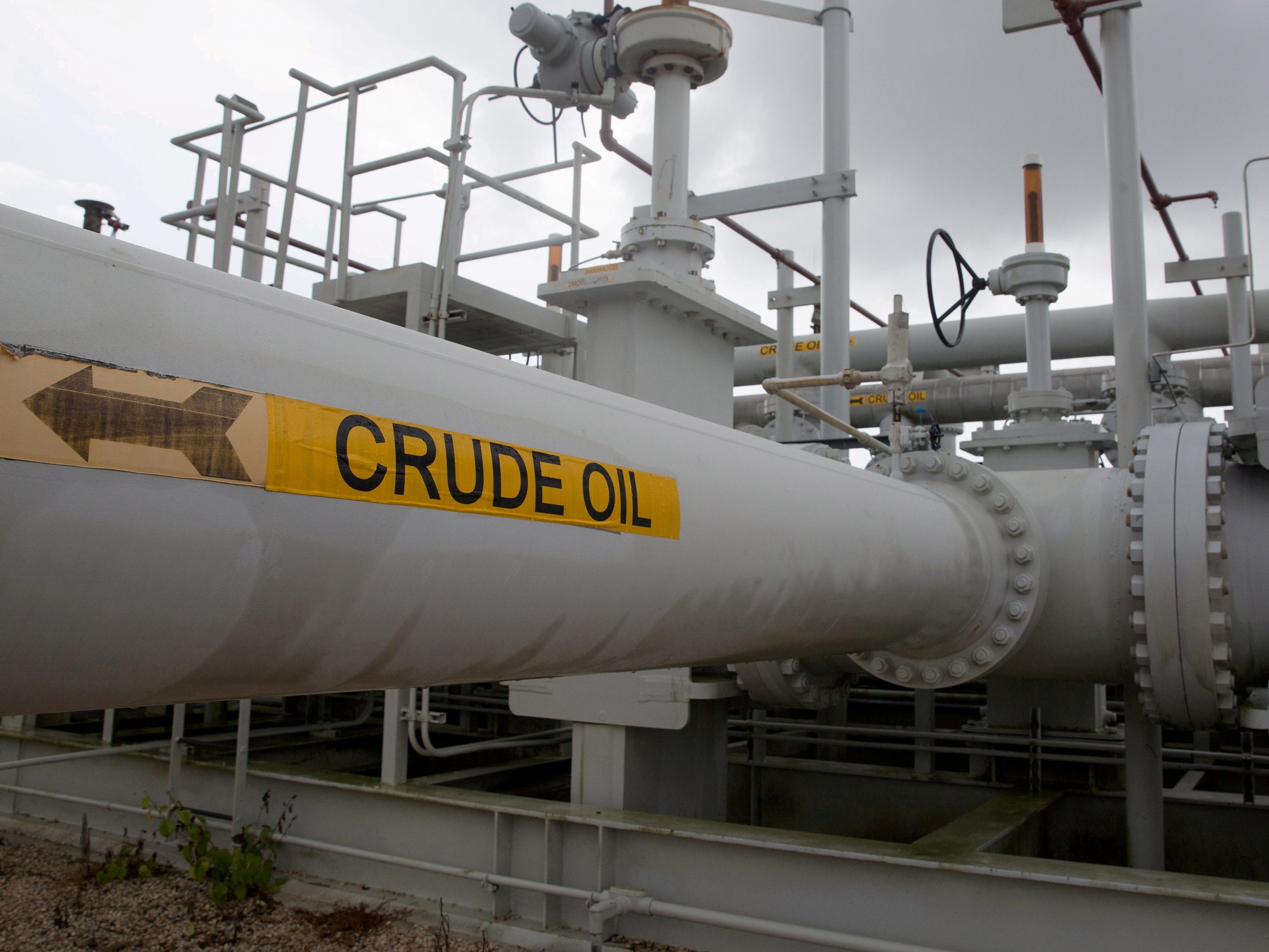 CRUDE OIL. A maze of crude oil pipes and valves is pictured during a tour by the Department of Energy at the Strategic Petroleum Reserve in Freeport, Texas, U.S. June 9, 2016.

The Biden administration has asked some of the world’s largest oil-consuming nations to consider releasing some crude reserves in a coordinated effort to lower prices, according to several people familiar with the matter.

Global oil benchmarks fell in post-close trading on the news. In late October, prices touched seven-year highs as oil demand has rebounded nearly to pre-pandemic levels, faster than the pace of supply.

President Joe Biden has faced political pressure over gasoline prices which have risen since his election in November 2020, a time when commuting and travel were drastically reduced during the pandemic. Government leaders in Japan and other consuming countries face similar pressures.

The Organization of the Petroleum Exporting Countries and allied producers, led by Saudi Arabia and Russia, have been adding 400,000 barrels per day to the market on a monthly basis but resisted Biden’s calls this month for steeper boosts.

In recent weeks, Biden and top aides have raised the issue with close allies including Japan, South Korea and India, as well as with China, the sources said. Tokyo responded positively to initial outreach, according to one of the sources.

One of the sources, asked why India was included in the batch of countries since it has only a small reserve, said: “We’re talking about the symbolism of the largest consumers of the world sending a message to OPEC that ‘you’ve got to change your behavior.'”

Several people familiar with the matter cautioned that such negotiations have not been finalized nor has any final decision been made about whether to pursue any specific course of action on oil prices.

The White House declined to comment on the detailed content of conversations with other countries. “No decisions have been made,” said a spokesperson for the White House’s National Security Council.

The White House has said for weeks that it is “talking with other energy consumers to ensure global energy supply and prices do not imperil the global economic recovery, the spokesperson added. “There is nothing to report beyond ongoing conversations and we consider a range of tools for if and when action is needed.”

The US share of any potential release of reserves could be more than 20 to 30 million barrels, saying that much was needed to have an effect on markets, according to a US source who participated in the discussions. The release could be in the form of a sale or a loan from the SPR – or both.

After Reuters reported on the White House discussions, US crude was trading at $78.18 after closing at $78.36 a barrel, while Brent fell to $80.21 after ending at $80.28 a barrel. Prior to the news, both US crude and global benchmark Brent notched their lowest settlement prices since early October, with Brent down 1.7% and US crude down 3% for the day.

OPEC and allies have been wary of boosting output dramatically, concerned the rebound in demand could be fragile and additional supply could overwhelm markets.

“The surplus is already beginning in December,” OPEC Secretary General Mohammad Barkindo said on Tuesday, when asked if he was sure there would be an excess in oil supply next year.

“These are signals that we have to be very, very careful,” he told reporters.

Rising oil prices have vexed Biden ahead of the 2022 midterm elections which will determine whether his Democratic party maintains its slim majorities in the US Congress.

Several Biden aides attribute his falling public approval ratings in recent months to worsening inflation from energy to food and other areas. The consumer price index is up 6.2% over the last 12 months, with its energy components up 30%.

US gasoline prices are $3.41 per gallon now, according to AAA, more than 60% higher than a year ago as the economy has rebounded from the COVID-19 pandemic.

The Paris-based International Energy Agency, an energy watchdog which includes some of the largest consumers of oil, including the United States, Japan, and numerous European nations, did not comment. The IEA in the past has coordinated releases involving several countries.

“The IEA monitors the oil market closely and stands ready to act as necessary,” it said in a statement. – Rappler.com