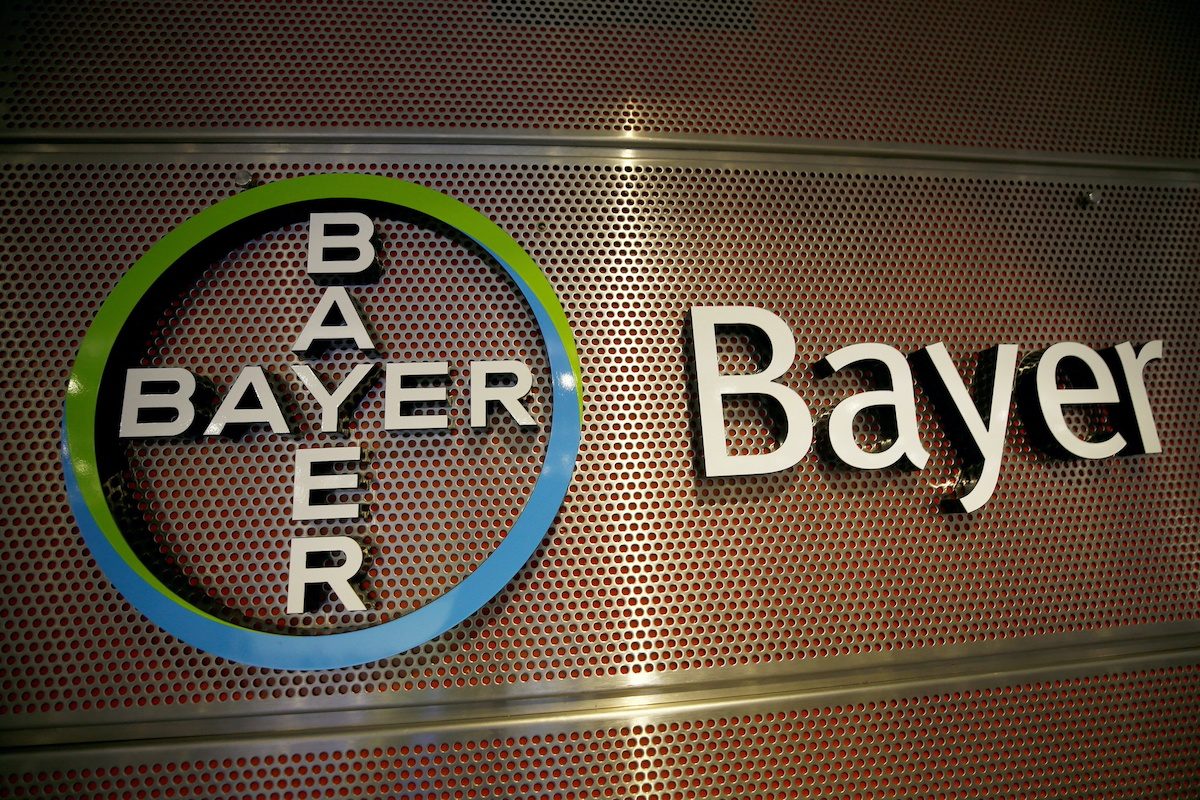 BAYER. The logo of Bayer AG is pictured in Leverkusen, Germany, February 27, 2019.

Facebook Twitter Copy URL
Copied
While Bayer had hoped for a Supreme Court ruling that would stop lawsuits, the company 'continues to stand fully behind its Roundup' and is prepared to defend the product in court

WASHINGTON, USA – The US Supreme Court on Monday, June 27, rejected another Bayer AG bid to dismiss litigation alleging that its Roundup weedkiller causes cancer as the German pharmaceutical and chemical giant tries to avoid potentially billions of dollars in damages.

The justices turned away a Bayer appeal and left in place a lower court decision upholding an $87-million judgment awarded in a lawsuit in California to Alberta and Alva Pilliod, who were diagnosed with cancer after spraying Roundup for more than three decades. The Supreme Court on Tuesday, June 21, rejected a Bayer appeal in a different Roundup case.

Bayer has argued that the cancer claims over Roundup and its active ingredient glyphosate go against sound science and product clearance from the US Environmental Protection Agency (EPA). Bayer’s appeal in the Pilliod case raised an additional challenge, arguing that it would violate the US Constitution’s due process protections to award punitive damages that far outweigh compensatory damages.

While Bayer had hoped for a Supreme Court ruling that would stop lawsuits over the weedkiller, the company “continues to stand fully behind its Roundup” and is prepared to defend the product in court, company spokesperson Phillip Blank said.

“The company will only consider resolving outstanding current cases and claims if it is strategically advantageous to do so,” Blank said in a statement.

Bayer will look for future opportunities to brings its preemption argument before the Supreme Court, and it cited a case now before the Atlanta-based 11th US Circuit Court of Appeals as one possible route for a future appeal.

Alva and Alberta Pilliod both were diagnosed with non-Hodgkin’s lymphoma, a type of lymph cancer, after decades of using Roundup. A California judge in 2020 reduced the $2-billion jury award in the case to $87 million. California’s top court last year ruled against Bayer’s appeal of the $87-million award.

Bayer, which also makes aspirin, Yasmin birth-control pills, and the stroke prevention drug Xarelto among other products, has lost three trials in which Roundup users have been awarded tens of millions of dollars in each, while also winning four trials. Bayer pinned hopes for relief on the conservative-majority Supreme Court, which has a reputation for being pro-business.

Bayer said in its March annual report that it had resolved about 107,000 cases out of about 138,000 cases overall.

One of Bayer’s core defenses in the litigation is that the EPA has decided glyphosate is not carcinogenic and not a risk to public health.

On June 17, a US appeals court ordered the EPA to take a fresh look at whether glyphosate poses unreasonable risks to humans and the environment. The San Francisco-based 9th US Circuit Court of Appeals agreed with several environmental, farm worker, and food safety advocacy groups that the EPA did not adequately consider whether glyphosate causes cancer and threatens endangered species.

The EPA is scheduled to conclude that new review of glyphosate safety by October 1.

The lawsuits against Bayer have said the company should have warned customers of the alleged cancer risk.

In July 2021, Bayer took an additional litigation provision of $4.5 billion in case of an unfavorable ruling by the Supreme Court or in case the justices declined to consider its appeal. This leaves “significant upside” if the Supreme Court rules in its favor, according to Bayer.

Bayer plans to replace glyphosate in weedkillers for the US residential market for non-professional gardeners. But it will continue to sell glyphosate-based weedkillers to farmers, who rely on it heavily and who according to Bayer have a negligible role in the litigation.

The appeal rejected by the justices last Tuesday involved $25-million damages awarded in a separate lawsuit to California resident Edwin Hardeman, a Roundup user who blamed his cancer on the weedkillers. – Rappler.com