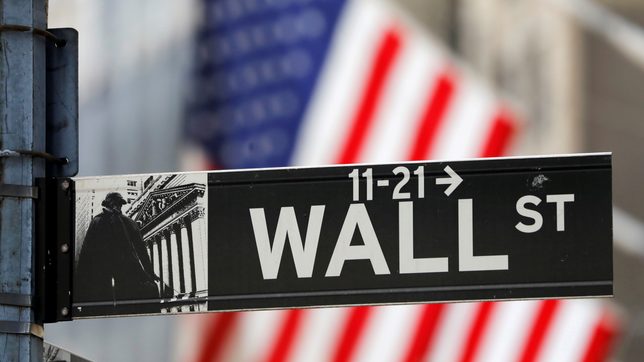 Wall Street ended the day lower on Wednesday, August 18, after meeting minutes showed US Federal Reserve officials split on when to ease back on economic stimulus, while COVID-19’s spread weighed on oil for the fifth straight day.

Wall Street hit new lows following the release of the minutes, which detailed the Fed’s July 27-28 policy meeting. The Dow Jones Industrial Average ended the day down 1.07%, while the S&P 500 lost 1.07% and the Nasdaq Composite fell 0.89%.

The minutes fleshed out the Fed’s thinking on when to taper its monthly bond purchases, and showed that Fed officials expected it is possible they could ease that stimulus this year if the economy continues to improve as expected.

However, the minutes showed officials noted that the spread of the COVID-19 Delta variant could temporarily delay the full reopening of the economy and restrain a jobs market that looms large in the Fed’s thinking.

“Since the July FOMC (Federal Open Market Committee) meeting, the probability of a September announcement and an October, or November, start date to tapering those purchases has increased considerably, in our view, with the August payroll release coming out in early September likely to be the most important factor to tip the scales,” said Bob Miller, BlackRock’s head of Americas Fundamental Fixed Income.

The ongoing spread of COVID-19 cases continued to weigh down crude, which fell for the fifth straight day on concerns of diminishing travel demand. Brent crude ended down 80 cents, or 1.2%, at $68.23 a barrel. The global benchmark has lost 11% in the last 13 trading days dating to the end of July. US crude futures settled down $1.13, or 1.7%, to $65.46 a barrel.

US Treasury yields also fell after the release of the Fed minutes, with investors eyeing a potential taper by the end of the year. Benchmark 10-year notes fell to 1.2634%, after rising to a session high of 1.300% before the minutes were disclosed.

The dollar rebounded slightly, after the minutes erased earlier gains that had put it at its highest levels since April. The dollar index, which tracks the greenback versus a basket of six currencies, rose 0.04% to 93.163.

The ongoing spread of the COVID-19 Delta variant and disappointing economic data is driving up concerns that the global economic comeback might be diminished, while turmoil in Afghanistan and a new China crackdown on the technology sector added fuel to the fire.

Data on Wednesday showed that US homebuilding fell more than expected in July, the latest in several economic indicators that have missed expectations.