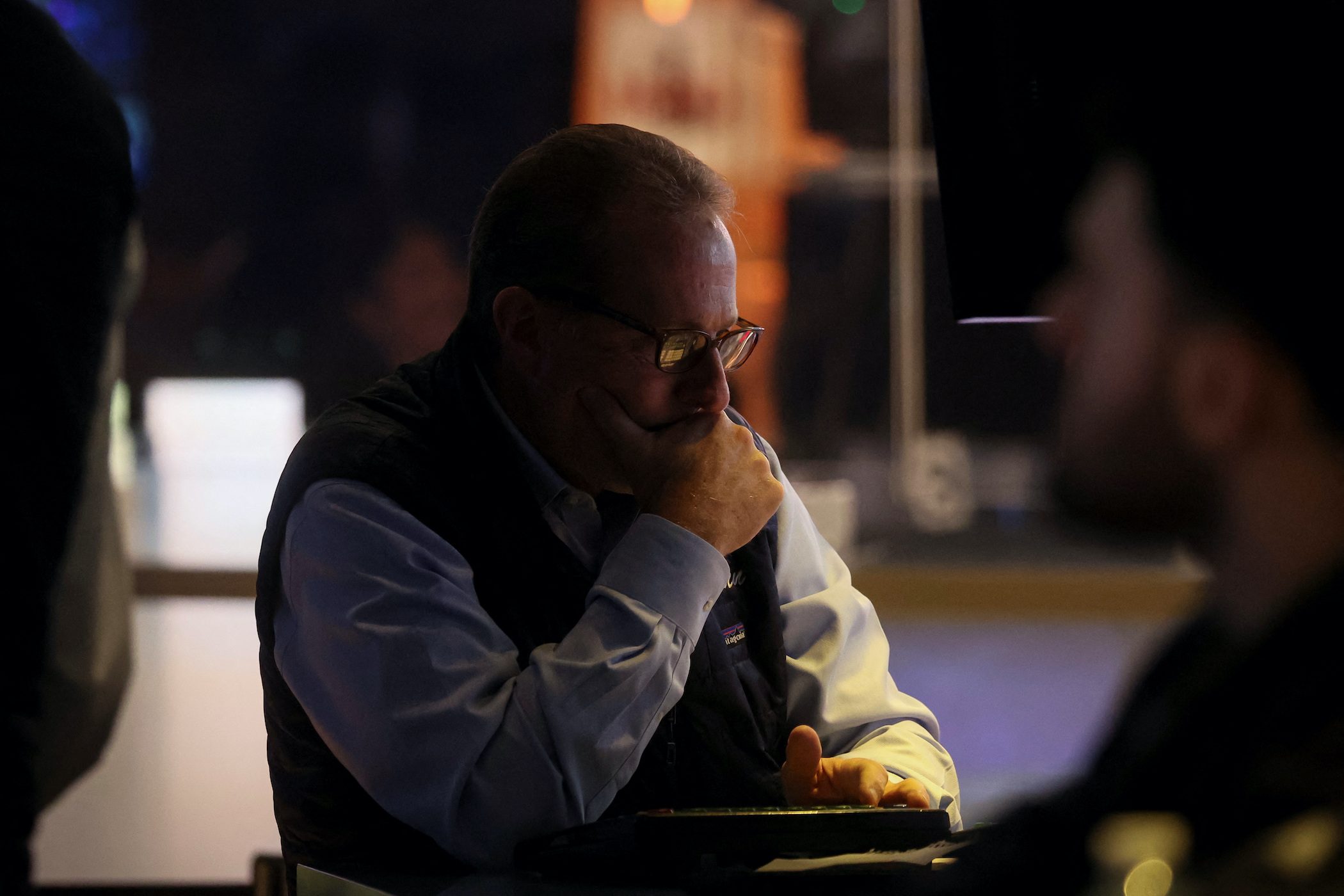 All three major US stock indexes lost ground, while the benchmark Treasury yield shot up to touch a new 14-year high.

“It’s partly a pause after the rally, some concern over higher-than-expected inflation in Great Britain, and some companies expressing caution about the outlook going forward,” said Peter Tuz, president of Chase Investment Counsel in Charlottesville, Virginia. “The market is taking a breather.”

“The market is still unsure as to when the Fed is going to recognize what they’ve done to date is beginning to take effect,” said David Keator, partner at the Keator Group, a wealth management firm in Lenox, Massachusetts. “The Fed is taking its mandate of tackling inflation seriously, but there’s been chatter of tightening too much.”

A sell-off in US government bonds pushed the benchmark Treasury yield to its highest level since mid-2008 on expectations of continued aggressive interest rate hikes from the Federal Reserve.

The dollar rebounded from two-week lows as hotter-than-expected UK inflation data fueled recession worries, which dragged down the sterling and helped support the greenback against a basket of world currencies.

The dollar also touched a 32-year peak against the yen, hovering close to a level that some believe could trigger intervention by Japan.

Crude prices edged higher on tighter supply conditions, bouncing back after hitting two-week lows in the wake of US President Joe Biden’s plans to release oil from strategic reserves.

Dollar strength weighed on gold, sending prices for the safe-haven metal to a three-week low.