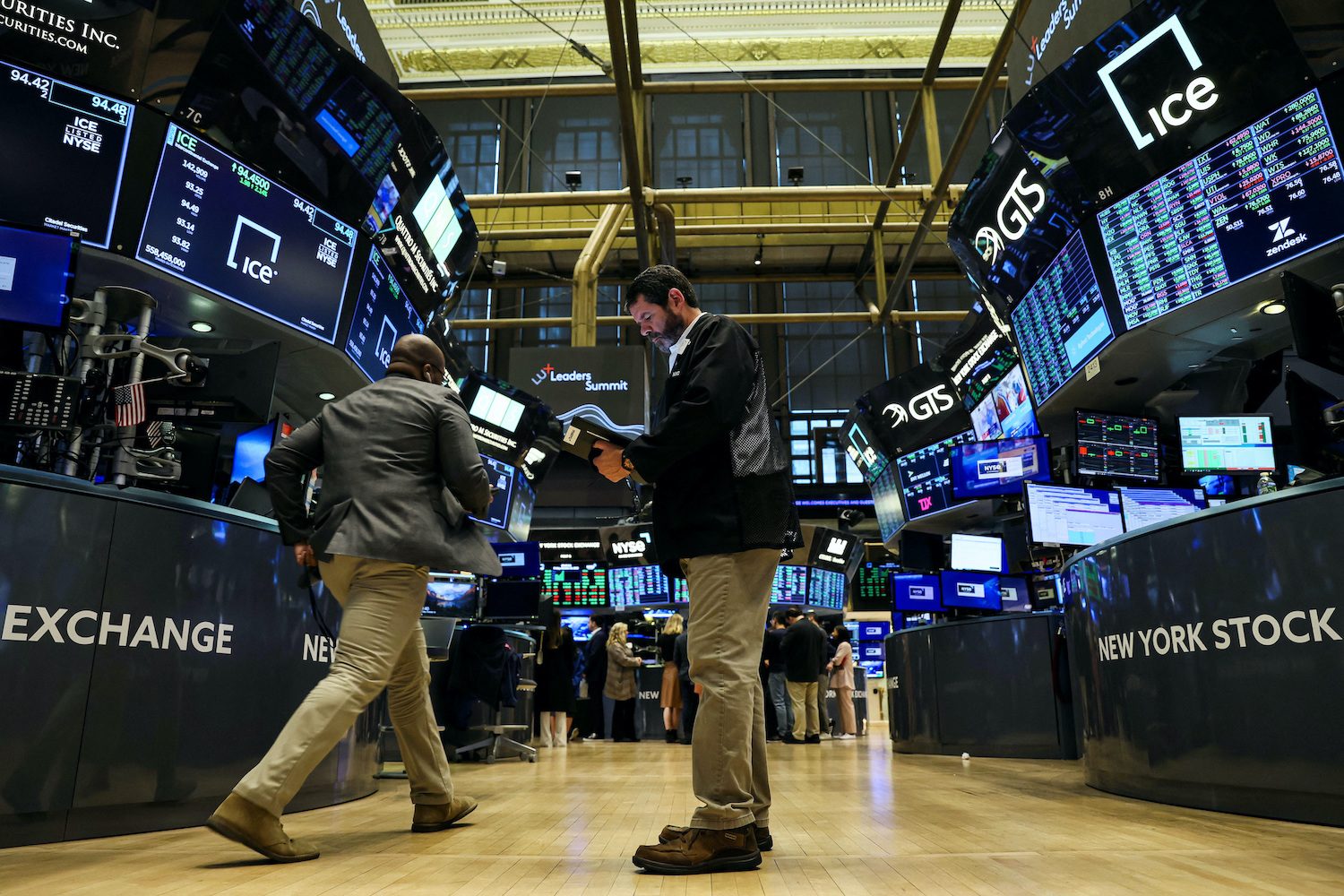 US Treasuries jumped after dismal data on home prices.

Europe’s STOXX 600 index rose 1.4% to finish at a more than one-month high. MSCI’s main European Index climbed 1.9% to end at its highest since mid-September.

“A lot of [the rally over the last week] is predicated on the Fed potentially slowing down. The housing data this morning is another example that bad news for the economy is good news for the stock market,” said Chris Zaccarelli, chief investment officer of Independent Advisor Alliance in Charlotte, North Carolina.

Asian equities struggled to make gains due to uncertainty over whether President Xi Jinping’s new leadership team would prioritize economic growth in China, where the onshore yuan finished the domestic session with its weakest close since late 2007.

The European Central Bank meets on Thursday, October 27, and is expected to raise rates by 75 basis points.

The British pound was up 1.67% at $1.14715. On Monday, October 24, sterling recovered from session lows and gilt yields fell sharply in a sign of investor relief when former finance minister Sunak was named the next prime minister. But analysts said investors’ confidence in the ruling Conservative Party’s ability to manage the economy was still shaken.

The data “suggests that at least business sentiment is forming a trough,” said ING global head of macro Carsten Brzeski in a client note. “This, however, does not mean that any improvement in the economy is near.”

US business activity contracted for a fourth straight month, data on Monday showed, suggesting that the Fed’s rate increases have softened the economy, which in turn raised hopes that the central bank could begin slowing the pace of the hikes.

Hani Redha, a portfolio manager at Pinebridge Investments, said some investors were relieved by “some hope that the pace of central bank tightening may start to slow later this year.”

Economists polled by Reuters said the central bank should not pause until inflation falls to around half its current level.

Pinebridge’s Redha said earnings estimates have been edging lower in recent months but that the pace of this has been “fairly modest.”

“The potential relief that investors feel in terms of coming towards the end of the hiking cycle, that seems to dominate over the grinding lower of earnings estimates.”

The weaker greenback boosted commodities, making them less expensive to holders of other currencies. US gold futures settled 0.2% higher at $1,658, and spot prices were up 0.29%.

Brent crude prices rose 26 cents to settle at $93.52 per barrel, while US West Texas Intermediate crude finished 74 cents higher at $85.32. Both benchmarks rose and fell by $1 during the session. – Rappler.com