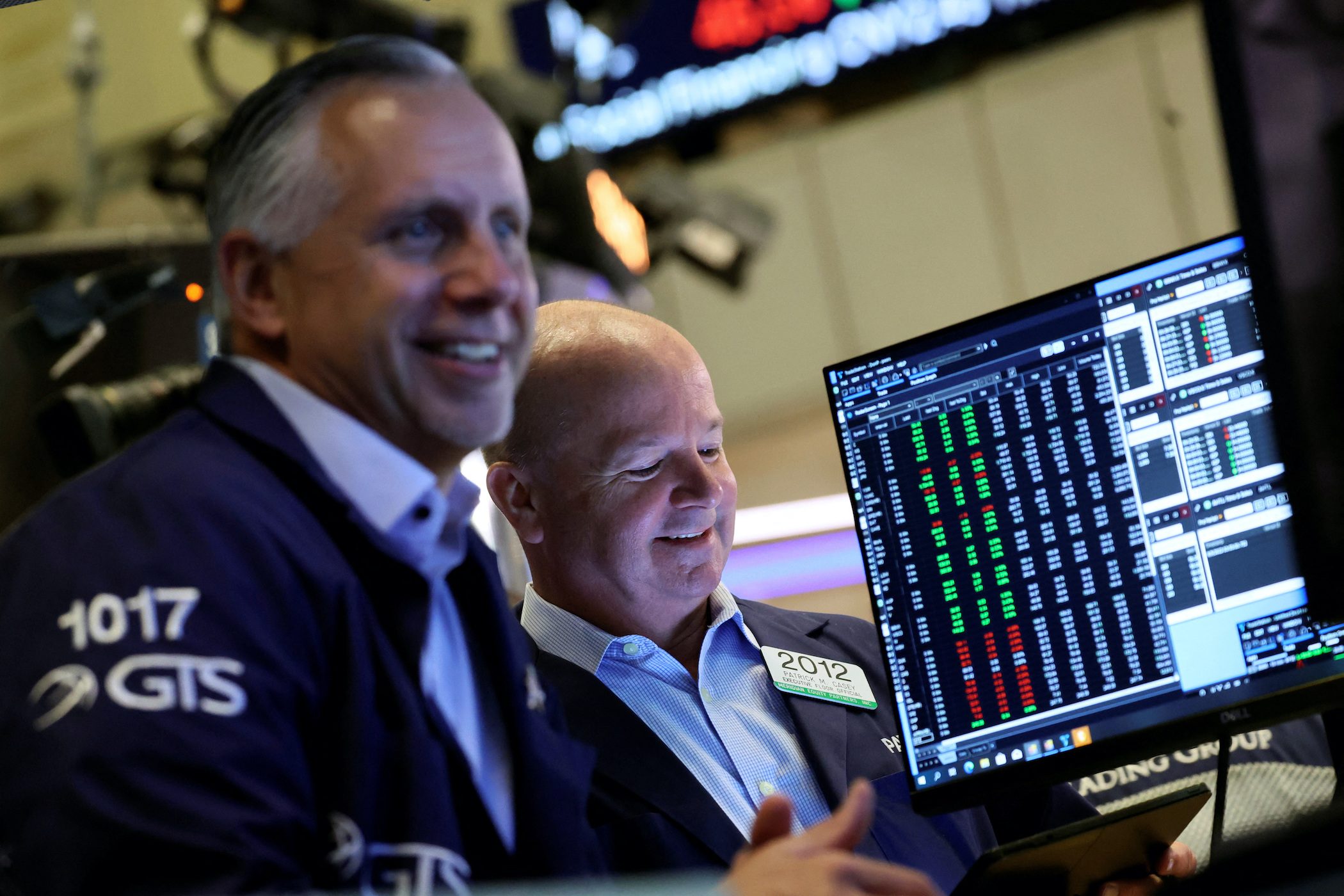 The dollar fell to a more than one-week low and the euro rose back above parity to a three-week high against the US currency, a day after the European Central Bank raised rates by a record 75 basis points on Thursday, September 8, and signaled further hikes to fight inflation.

On Wall Street, all three major indexes ended with gains of at least 1%, scoring their first weekly increase in four weeks.

“After three weeks of a temper tantrum, the market has finally come to terms with the expected 75-basis-point (bps) increase from the [Federal Reserve] this month,” said Jake Dollarhide, chief executive officer of Longbow Asset Management in Tulsa, Oklahoma.

US rate futures are pricing in an 87% chance of the Fed hiking by 75 bps this month.

Fed Governor Christopher Waller said on Friday that the US central bank should be aggressive with rate hikes while the economy “can take a punch.” The comments came a day after Fed Chair Jerome Powell reconfirmed that the central bank’s priority is to tackle soaring price pressures.

Investors await key US inflation data for August due on Tuesday, September 13.

In Treasuries, the yield curve inverted further. The inversion is seen by some as a sign that a recession is likely in the next one to two years.

Earlier, Germany’s two-year bond yield hit its highest since 2011 for a second day.

In currencies, the dollar index dropped as low as 108.35 and was last down 0.5% at 108.96, pulling back after recent sharp gains. The dollar index also posted its first weekly decline in four weeks.

“Markets are getting a little nervous about levels, really historic levels, so the market decided not to push the dollar’s strength at this juncture and lightened up positions,” said Greg Anderson, global head of FX strategy at BMO Capital Markets in New York.

The greenback this week jumped to a 24-year high against the yen and a 37-year peak versus sterling, with the dollar index surging to a more than 20-year high.

The death of Queen Elizabeth on Thursday has heightened an uncertain state of affairs in Britain after the pound hit a 35-year low on the dollar earlier this week.

The Bank of England postponed its September interest rate decision for a week, to September 22, following the queen’s death.