Stocks on Wall Street fell as much as 2% on Monday, July 19, with the Dow posting its worst day in nine months, as a rise in worldwide coronavirus cases and increasing US deaths drove investors out of risky assets, crushing bond yields and share prices.

Oil prices plunged more than 6%, driven down both by worries about future demand and by an OPEC+ agreement to increase supply.

US Treasury bond yields tumbled to five-month lows, with the yield on benchmark 10-year notes sinking 12.2 basis points to 1.177%, close to the session’s low of 1.176%, a level last seen in February.

All three major US stock indexes ended trading sharply lower, with the S&P and the Nasdaq suffering their largest one-day percentage falls since mid-May.

Rising COVID-19 cases, spurred by the Delta variant, fueled fears of a resurgence, with the average number of infections per day tripling in the past 30 days in the United States, according to an analysis of Reuters data.

Deaths, which can lag weeks behind a rise in cases, rose 25% last week from the previous seven days with an average of 250 people dying a day.

“Despite the negative tone weighing on markets, we remain optimistic that the economy is on a strong footing and, although the path will be uneven, the trend is still toward increasing growth and higher corporate profits.”

MSCI’s gauge of stocks across the globe shed 1.63%.

Investors are also worried about the specter of elevated inflation, which the market has long feared.

US President Joe Biden on Monday acknowledged that prices for some items such as vehicles have increased but said that his administration would remain vigilant over inflation and the havoc it could wreak on the economy.

“Fear of stagflation will be a major concern for investors if a resurgence in COVID infections causes economies to slow while consumer prices continue an upward trajectory,” said Peter Essele, head of investment management for Commonwealth Financial Network, in an emailed statement.

COVID-19 outbreaks are occurring in parts of the country with low vaccination rates. About one in five new cases is in Florida, and the vast majority of people hospitalized for COVID-19 are unvaccinated.

“The big concern for the market is whether we are going to see a slowdown in the global economic recovery, and this could be the overriding force which results in a bad period for equities in the weeks ahead,” said Russ Mould, investment director at brokerage AJ Bell.

The greenback climbed to a more than three-month peak against a basket of major currencies. But the dollar is off highs as the yen and Swiss franc advanced with the decline in risk appetite. 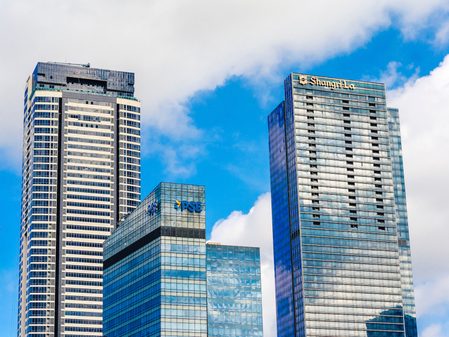 Oil prices fell as OPEC+ agreed to boost output, causing concerns about a crude surplus if an economic slowdown comes to pass. The decline was the largest since late March.

Economists at Bank of America downgraded their forecast for US economic growth this year to 6.5%, from 7% previously.