With its founder’s exit, what’s next for Nikola? 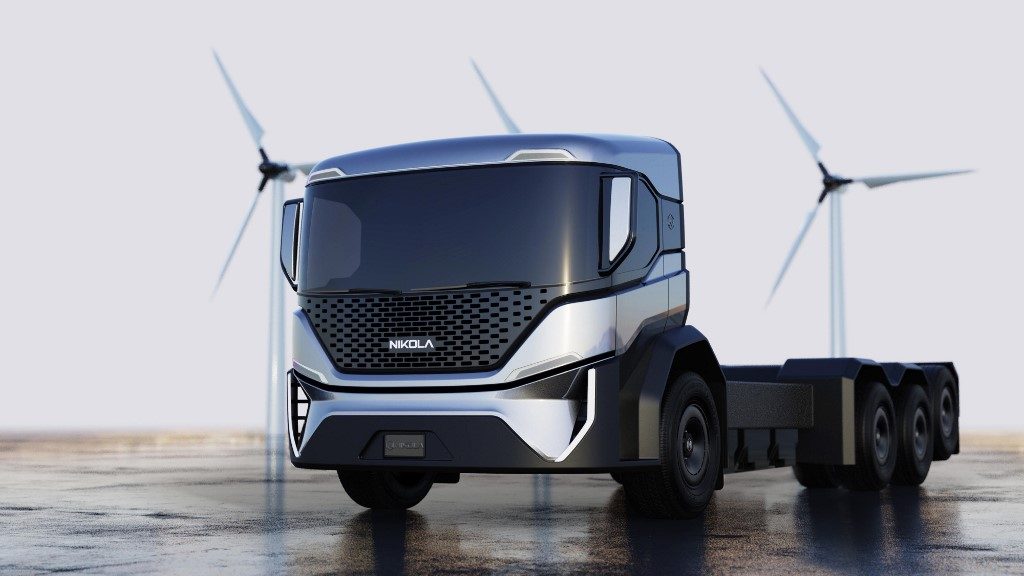 (FILES) A Nikola Refuse truck. - The founder and executive chairman of embattled zero-emission truck maker Nikola has resigned, the company announced on September 20, 2020, after allegations of fraud which sparked a stock tumble and a regulatory investigation.The Phoenix-based company said in a statement that it had accepted Trevor Milton's resignation and that he would be replaced by Stephen Girsky, a Nikola board member and former vice-chairman at General Motors (GM). (Photo by - / Nikola Motor / AFP) / RESTRICTED TO EDITORIAL USE - MANDATORY CREDIT "AFP PHOTO / NIKOLA MOTOR " - NO MARKETING - NO ADVERTISING CAMPAIGNS - DISTRIBUTED AS A SERVICE TO CLIENTS

Electric auto startup Nikola has had major ambitions since being launched in 2015, but the company faces new scrutiny following the sudden resignation of founder Trevor Milton amid fraud allegations.

Is Nikola a fraud?

Under Milton, an unabashed booster of the company’s technology and the capacity for electric vehicles to remake the auto industry, Nikola sealed agreements with German giant Bosch and United States icon General Motors (GM) and persuaded many professional investors that it could be the next Tesla.

After premiering on public markets in June, the company, which has around 370 employees, briefly reached a market valuation above that of Ford, which has 188,000 workers.

But the company’s stock price has been under pressure since Hindenburg Research, which bet on a fall in Nikola shares, alleged earlier this month that the company was a massive fraud built on dubious claims about its technology.

The US Securities and Exchange Commission and Department of Justice are investigating whether Nikola misled investors, according to The Wall Street Journal.

The controversy has aroused suspicions that Nikola might be the next Theranos, a healthcare startup launched by another charismatic figure, Elizabeth Holmes. Holmes attracted major public figures like Henry Kissinger to the Silicon Valley company before it imploded in scandal.

How are its finances?

Nikola does not yet produce autos, meaning it does not have meaningful revenues to the cost of employees and other expenses. In the 2nd quarter, it reported a loss of $100 million.

But the company was able to raise $617 million from its June stock market debut, the company said in August.

Bump in the road, or beginning of the end?

As with electric car titan Tesla, Nikola has had no shortage of skeptics about the company or its outsized ambitions.

Analysts complained after the company’s August conference call that they were confused by the company’s plans for ramping up electric production.

“There’s now a perception of Nikola misleading investors and business partners, and this perception has overshadowed the value Nikola brings to the GM partnership, at least in the near term,” said Karl Brauer, an analyst for iseeCars.

“The long-term benefits of alignment between GM and Nikola can still materialize, but until they do it’s a black eye for both companies.”

Wedbush analyst Dan Ives called Milton’s exit “shocking,” but said the company still has a chance to prove itself.

“Nikola has a strong bench, and now it’s all about execution going forward, with the GM partnership a linchpin to its success,” Ives said in a note. “In a nutshell, Nikola is still a ‘prove me’ stock.”

For its part, GM said it still looked forward to closing the transaction with Nikola, which will help it “seize the growth opportunities” in zero-emission vehicles, the company said. – Rappler.com