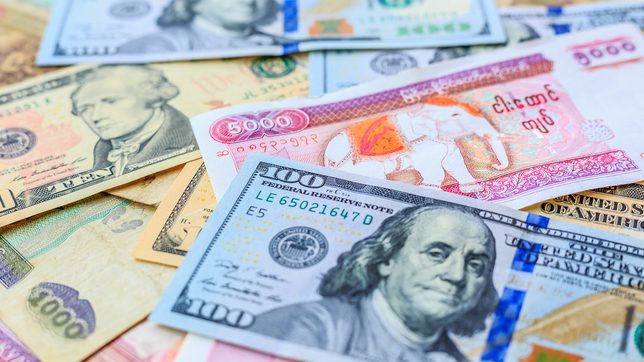 The pandemic-induced recession in 2020 left around 60% of low-income countries in or at high risk of debt distress, and many emerging economies were struggling as well, World Bank President David Malpass told reporters as the bank unveiled its latest Global Economic Prospects report.

Debt levels in emerging market and developing economies had risen at the fastest pace in three decades, the report said, and while growth in low income economies is projected to strengthen in 2022 to 4.9% and in 2023 to 5.9%, income per capita is forecast to remain below pre-pandemic levels this year in half of them.

In 2022 alone, the poorest countries faced $35 billion in debt service payments to official bilateral and private creditors, with over 40% of that due to China, after a freeze in debt payments ended last year, Malpass said.

“Risks of disorderly default are growing; the tightening of monetary policy in advanced economies will have a ripple effect,” he said, repeating his call for reforms to the common framework launched by the Group of 20 major economies and the Paris Club of official creditors in November 2020.

The framework aims to provide debt relief chiefly through maturity extensions and interest rate reductions for countries eligible for repayment moratoriums under the Debt Service Suspension Initiative (DSSI), but progress has been sluggish.

“Deep debt relief is much needed for the poorer countries. If we wait too long, it will be too late,” Malpass said, calling for an end to non-disclosure agreements often demanded by China and other creditors, as well as clear rules for assessing and enforcing comparable treatment among all creditors.

He said quicker work was needed on debt restructurings, noting that Chad, the first country that requested treatment under the framework one year ago, was still waiting to complete the process. Only three countries have asked for debt restructuring so far, but others needed help.

Malpass said he was cautiously optimistic about progress on the debt issue under Indonesia’s leadership of the G20, recent conversations with Chinese officials, and great interest in investment in countries like Chad, Zambia, and Sri Lanka, if their debt structure could be stabilized.

The World Bank highlighted China, where financial stress could trigger a disorderly deleveraging of the property sector.

“A turbulent deleveraging episode could cause a prolonged downturn in the real estate sector, with significant economy-wide spillovers through lower house prices, reduced household wealth, and plummeting local government revenues,” it said. – Rappler.com