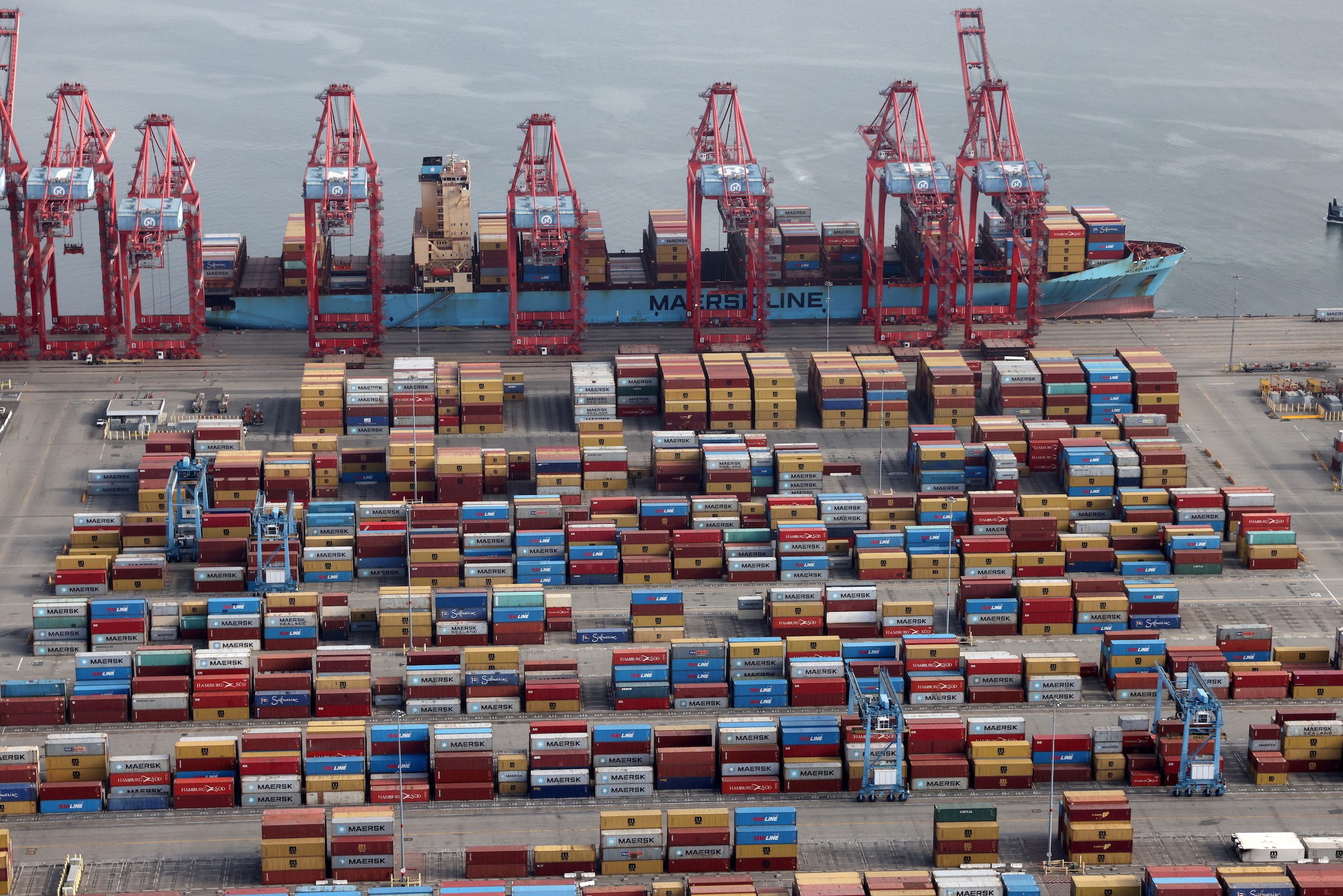 INEFFICIENT. Shipping containers are unloaded from a ship at a container terminal at the Port of Long Beach-Port of Los Angeles complex, in Los Angeles, California, April 7, 2021.

Facebook Twitter Copy URL
Copied
In a review of 351 container ports around the globe, Los Angeles is ranked 328 and the adjacent port of Long Beach comes in even lower, at 333

Southern California’s Los Angeles and Long Beach ports handle the most ocean cargo of any ports in the United States, but are some of the least efficient in the world, according to a ranking by the World Bank and IHS Markit.

In a review of 351 container ports around the globe, Los Angeles was ranked 328, behind Tanzania’s Dar es Salaam and Alaska’s Dutch Harbor. The adjacent port of Long Beach came in even lower, at 333, behind Turkey’s Nemrut Bay and Kenya’s Mombasa, the groups said in their inaugural Container Port Performance Index published in May.

The total number of ships waiting to unload outside the two adjacent ports hit a new all-time record of 100 on Monday, October 18. Americans’ purchases of imported goods have jumped to levels the US supply chain infrastructure can’t handle, causing delivery delays and snarls. The COVID-19 pandemic has disrupted trade around the globe, snarling trade and exposing the frailty of a supply chain built for predictable, just-in-time movement of goods.

Biden is pushing port executives, labor union leaders, and major retailers like Walmart to attack shipping hurdles that are driving up the price of goods and raising the risk of product shortages during the all-important holiday season.

Southern California port executives are coaxing terminal operators, importers, truckers, railroads, dock workers, and warehouse owners to adopt 24/7 operations in a bid to clear clogs that have backed up dozens of ships offshore and delayed deliveries to stores and e-commerce fulfillment centers. – Rappler.com