Facebook Twitter Copy URL
Copied
Newcomer Sarah Carlos plays Bea Bianca, the third party in Angelo and Yna's love story on 'Pangako Sa 'Yo'
MANILA, Philippines – Teen actress Kathryn Bernardo said that she is not jealous of newcomer Sarah Carlos’ scenes with Kathryn’s love team partner and rumored boyfriend Daniel Padilla on Pangako Sa ‘Yo.
In Pangako Sa’ Yo, Sarah Carlos plays Bea Bianca, the third party in the love story of Angelo and Yna. The role was originally played by Vanessa del Bianco in the original series. (READ: ‘Pangako Sa ‘Yo’ then and now, through the eyes of a fan)
In an interview with reporters during the Primadonna event launching Kathryn as the endorser Saturday, August 8, Kathryn said that she and Daniel also guide Sarah in tapings since it’s her first time to take on such a large role. (WATCH: WATCH: Daniel Padilla and Kathryn Bernardo in ‘Pangako Sa’ Yo’ trailer)

(There’s no [jealousy]…because I talk to Sarah off-cam and during the first taping day, we already talked a lot. We had a good start)

(She’s okay and we’re guiding her because it’s her first time to do tapings, so she’s still getting use to it…Sarah is very open to many things…she’s okay and I really see that she’s excited during taping and that she’s happy with her character.) 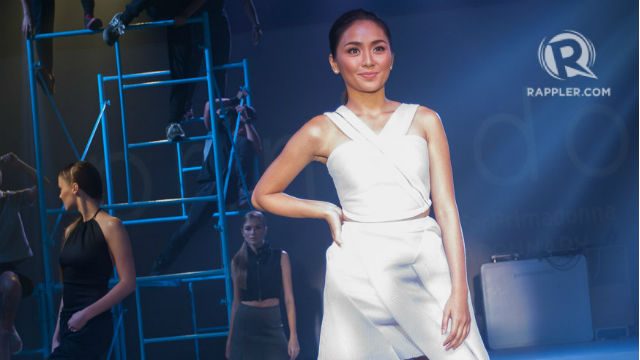 On Pangako Sa ‘Yo, Bea Bianca’s storyline is already heating up. In the August 4 episode, Angelo sees Bea Bianca again. But instead of a pleasant greeting, Angelo is slapped by Bea Bianca.

(There’s so much more. Amor and Eduardo finally saw each other and in the story of Yna and Angelo, Yna is already developing feelings for him. Bea Bianca has already entered and Diego is also there, so the characters are now coming in [the show]…they can expect more in the upcoming episodes.) – Rappler.com