WATCH: What goes on behind the scenes of a TV show? MANILA, Philippines – We all have our favorite TV series – but what exactly goes on behind the cameras? We recently took a peek behind the scenes of Pepe Diokno’s Single/Single starring Matteo Guidicelli and Shaina Magdayao to see what these shows look like before they hit our screens.

When we visited the set on August 18, the cast and crew were in the middle of filming a few scenes at the main characters’ apartment. 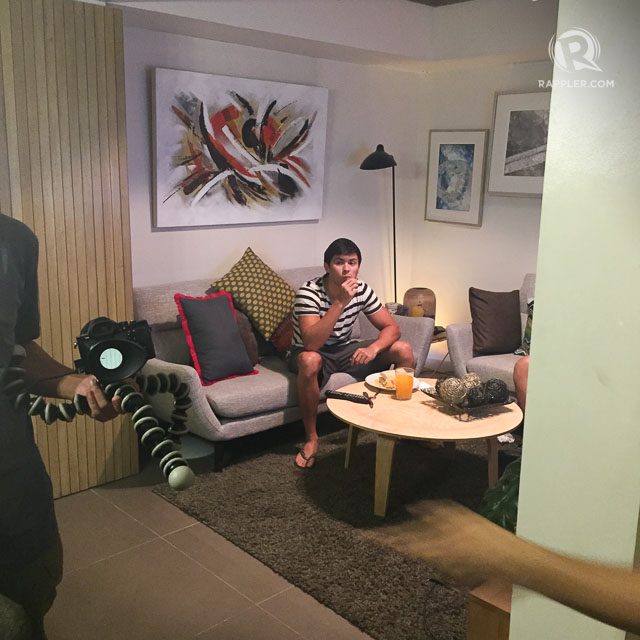 A quick take of a scene where Joey (Matteo) playfully teases his roommate Joee (Shaina) had just finished, and the crew was getting ready to shoot them celebrating Joey’s first car sale – but the process took more than just whipping out wine and a couple of glasses.

Before they could shoot, the crew had to get the angles and lighting right, for both Shaina and Matteo. Direk Pepe was going back and forth between the living room, where the scene was taking place, and the bedroom where there was a live feed from the cameras. There were also piles of scripts on the bed, making the bedroom seem like the set’s backstage area. 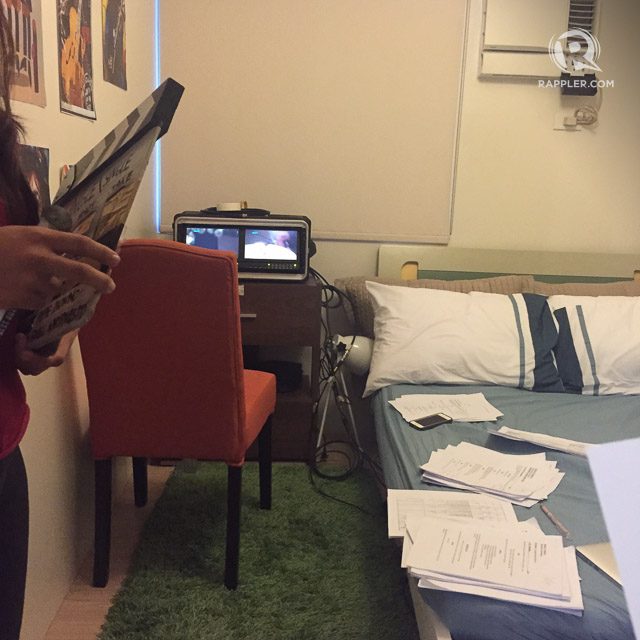 The cameras used during the Single/Single taping were all hand-held – something that isn’t the norm for most TV or movie shoots, according to Matteo. At 27, Pepe’s previous works were all independent films.

“I was really excited to work with [Pepe] because he’s a young director, so you know off the bat that he’s very fresh guy, very fresh [approach to] directing. So first week, when we worked on set, first thing I noticed was all the cameras were handheld,” he said. Shaina agreed that the way this series is being directed is very different from what she’s used to. “It’s different, especially sa akin because I grew up with ABS-CBN and then we have a formula already, so now na iba yung approach – I wouldn’t say indie yung approach, I mean, it’s unique.” Shaina first started acting at the age of 7 when she starred in GMA’s Lira, before moving to ABS-CBN.

The experience of directing a romantic comedy series is new to Pepe as well. “We’re shooting the series like a stage play, with really long takes of just a lot of dialogue, and [the actors are] free to move around the set and they’re also free to dictate the things in the scenes,” Pepe said. While Pepe and the crew tried to get the shots just right, Shaina and Matteo could relax. Between texting and snacking on the props (the decorative fruits were fake, but the chips were real) the two were chatting with each other and the crew and discussing the bar scene they were going to do later on. 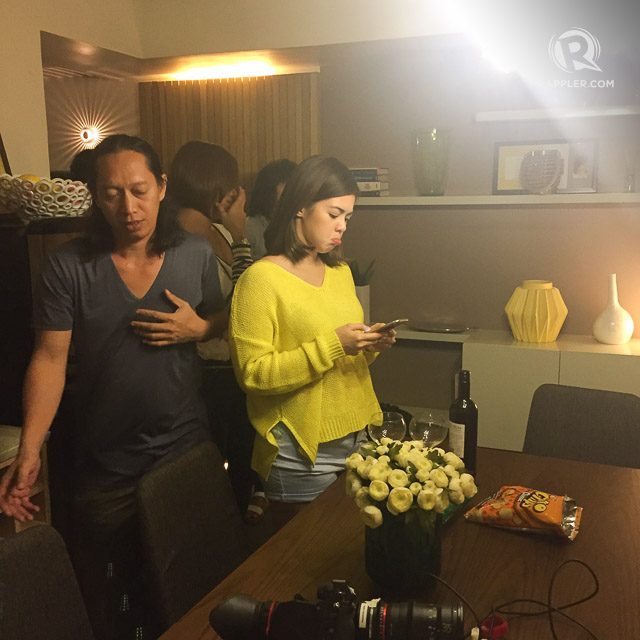 “Mahaba-haba pa (We still have a long way to go),“ one of the crew members commented. After some discussion on what had to be shot at their next location, Shaina said, “Madali lang yung eksena ko today (My scenes are easy today),” as she could rest in between her two bar scenes, while Matteo was shooting his parts. Every once in a while, someone would touch up Shaina’s look. 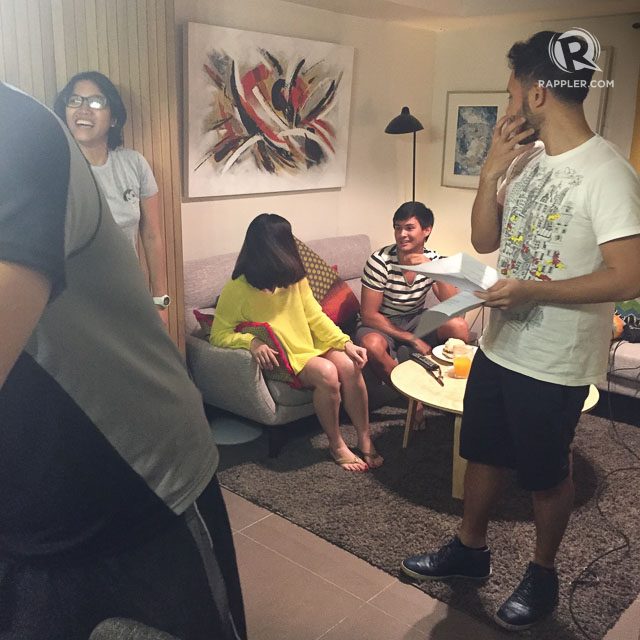 For all the people on set talking and bustling about, the place was unusually quiet; everyone spoke in hushed voices. The atmosphere outside the apartment set was a different story – it wasn’t uncommon for someone inside to yell “Quiet!” when the cameras started rolling.

When we left the set, the wine scene was going on its 4th take. Even when the actors got their lines right, there were other factors to take into consideration: A tiny spotlight was placed on the couch for better lighting; someone on set had to snap to signal that the doorbell rang – Shaina’s cue to exit the scene.

After the crew shoots all the scenes, the footage will go through post-processing before we see the shows we all know and love aired on TV.

What you see on TV is all polished and smooth, but it takes hours and hours of work to get it all just right.

From the set to our screens, it’s just another day at the office for the actors, directors, and crew members working on our favorite shows. – Rappler.com