Nicki performed first onstage at the Microsoft Theater in Los Angeles with her song  “Trini Dem Girls.” Taylor later appeared performing with Nicki the song “The Night Is Still Young,” and then performed part of “Bad Blood.” The two ended the performance with a hug. 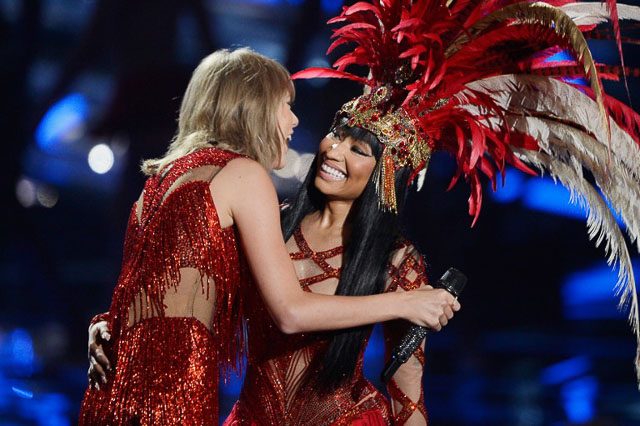 Last July, a misunderstanding on Twitter erupted between Nicki and Taylor after  the MTV nominations were announced. Nicki took to Twitter to express her disappointment that her video “Anaconda” was not nominated for Video of the Year.  (READ: Taylor Swift responds to Nicki Minaj’s tweets on the MTV VMAs)

Now Nicki never actually mentioned any names in her tweet, but singer Taylor, whose star-studded “Bad Blood” music video was nominated for Video of the Year, responded, saying that she had always loved and supported Nicki, and that it was uncharacteristic of Nicki to bash other women. Since then, the two have patched things up. – Rappler.com