MANILA, Philippines –  Moviegoers are in for a treat as Heneral Luna hits theaters September 9. In the movie, the fierce, strong military man is brought to life by actor John Arcilla. He recently spoke to reporters about the unique role and why the film still calls to mind problems that continue to this day. (READ: Heneral Luna: Para sa bayan o sarili?)

(As a character, I guess it is his temper. I can relate to the temper because my family’s temperament is like that.)

John said the movie about Luna will give people the chance to see the person he is beyond being the brother of painter Juan Luna and beyond the textbooks.

John who has played many roles in theater and on TV, and well known for his role in 2013’s Metro Manila, described Heneral Luna as a movie for today’s viewers, saying the films still reflects ongoing problems today. (READ: 10 movies featuring PH national heroes)

(What they will see actually is the sickness of the Filipino which is regionalism. That is one of the reasons why we are divided, even before the Americans came and ruled, we have already been divided. I think that was our sickness way back during the time of the Spaniards.) 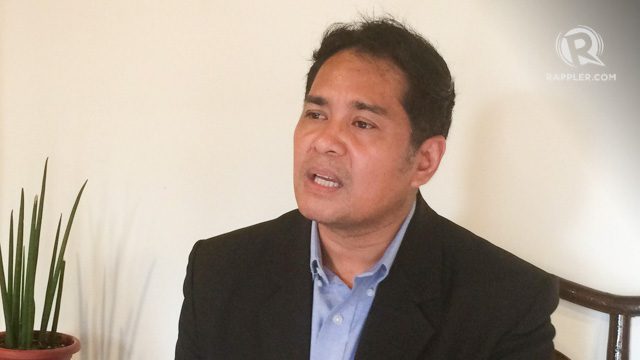 (Aside from regionalism, which has become our sickness, it’s very scary that you are killing your fellow Filipinos who are supposedly fighting against a colonizer.)

John said the movie is still very relevant because it depicts the situation Filipinos are going through to this day.

“The film is significant and it has two connotations. First it is a potential to the marketing department. The second, it is sad and it’s scary because after 120 years or so, relevant pa rin ang pelikula mo (the movie is still relevant). Nangyayari pa rin (It’s still happening). Wow! Nakakatakot iyon (that’s very scary),” he said.

John said the movie will also give today’s Filipinos the chance to look back on the country’s history.

“For me, this is a review of kung nasaan na tayo bilang (of where were are as) Filipino. And kung nasaan man tayo ngayon, ito yung sakit natin na puwede ba ayusin na natin para matuto na tayo (And where were are today, this is the problem that we should fix, so we will learn from it).”

Set during the Filipino-American war, Heneral Luna tells the story of General Antonio Luna, known as one of the country’s best military tacticians. General Luna wants to fight for the country’s independence, but others don’t agree, and it’s a turbulent time in history. The movie shows Luna’s battles – particularly when it comes to the Filipinos who betrayed him.

(Brothers, we have an enemy greater than the Americans – ourselves.)