Tito Sotto: AlDub will not endorse politicians in 2016 elections 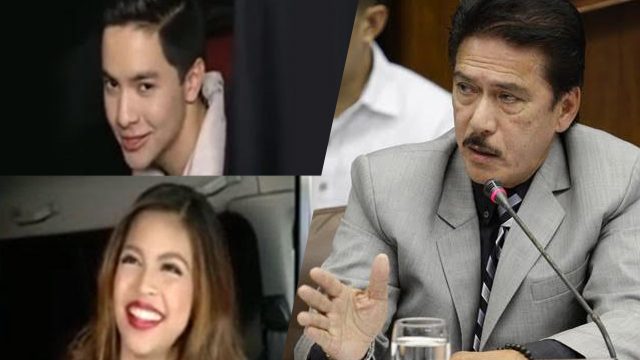 MANILA, Philippines – Senator Vicente “Tito” Sotto III said that the tandem of Alden Richards and Maine Mendoza aka Yaya Dub will not endorse any politicians or presidential bets in the 2016 elections.

According to a report from Inquirer on Monday, September 7, the senator said that he will not use the popularity of the tandem when he seeks another term next year.

“I am setting the example so that politicians will know we mean it. And we do not want our Dabarkads (group) to be politicized,” he said. Tito has been part of the noon time show Eat Bulaga for 36 years and appears on certain days.

Tito said that Alden and Maine have received offers from various politicians. Both stars have turned down the offers, and the people behind Eat Bulaga have also told them to avoid talking about politics.

Tito said that it would be better if the AlDub tandem stay neutral and be friends with everyone.

The AlDub tandem is one of today’s hottest love teams, formed last July during the “Juan for All, All for Juan segment” of Eat Bulaga and since dominated social media. (READ: #AlDub: The fun tandem of Alden Richards and ‘Yaya Dub’)

On Saturday, September 5, Alden and Yaya Dub finally saw each other face to face . However, Lola Nidora, played by Wally Bayola, got in the way again and barred them from seeing each other. (#AlDub: Yaya Dub and Alden’s ‘Cinderella’ moment) – Rappler.com