Sep 24, 2015 4:41 PM PHT
Rappler.com
Facebook Twitter Copy URL
Copied
Jessy poses a cryptic message but later deletes it, and in a separate report, says she and JM have not broken up 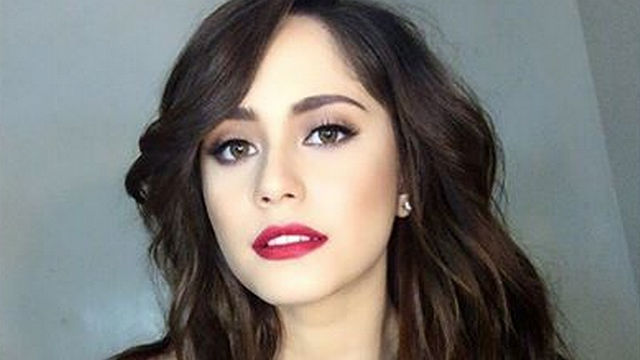 On Instagram, Jessy posted a quote with the caption “Just get back up when it knocks you down,” on Wednesday, September 23. It has since been deleted but Pep was able to screengrab it.

It was in the same post that Jessy answered some of her critics, saying she had enough.

Jessy also wrote that she could have spoken about the issue but refused. She then told them to wait for her so she can reveal what really happened.

According to a report from ABS-CBN, Jessy denied that she and JM have broken up. She declined to be interviewed on camera.

Last September 10, reports surfaced that Jessy was disrepected by actor Enrique Gil, who was drunk during a flight to London for an ASAP 20 show. The said incident prompted TV host Luis Manzano to confront Enrique, who apologized for his behavior in a TV Patrol interview, appearing with screen partner Liza Soberano.

Actors Jake Cuenca and Paulo Avelino, who were said to have given Enrique alcohol on the flight, denied they had anything to do with the incident. Both have said they were resting at that time. Luis’ manager June Rufino confirmed a confrontation did happen, but was resolved.

Jessy’s mom Didith Garvida also defended her daughter, saying that Jessy was hurt by the issue against her but will be behind her no matter what.