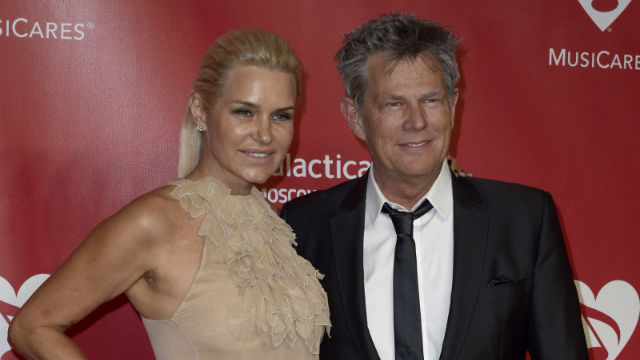 MANILA, Philippines – David Foster and Yolanda Foster announced on Tuesday, December 1 that they are getting a divorce.

In a joint statement to E! News, they said, “Sadly we have decided to go our separate ways. We’ve shared 9 beautiful and joyous years together and during that time we experienced love, friendship, and the inevitable challenges that come with managing a marriage, careers, blended families and health issues. We are grateful for the years we’ve spent together and believe wholeheartedly that we did our best. I hope that we can pave the road ahead of us with all we’ve learned and with the love and respect we will always have for one another.”

David, a record producer, and Yolanda, a former model, got married in November 2011, and were married for 4 years.

Yolanda is also on the reality TV show Real Housewives of Beverly Hills, and David has made appearances on the show in the past.

In 2012, Yolanda was diagnosed with Lyme Disease.

On the day that the divorce was announced, Yolanda posted the following photo on social media, with the caption “Sometimes you just have to jump and trust you will land in the right place.”

This is so cute, it reminded me that ️sometimes you just have to jump and trust you will land in the right place………… #LifeForce

Before David, Yolanda was married to real estate entrepreneur Mohamed Hadid. They were together for 6 years and have 3 kids together, models Gigi and Bella Hadid, and their son Anwar.

David, on the other hand, has 5 daughters from 4 previous marriages. He was in Manila last August with Charice, Natalie Cole, Ruben Studdard, and Boyz II Men for a concert. – Rappler.com