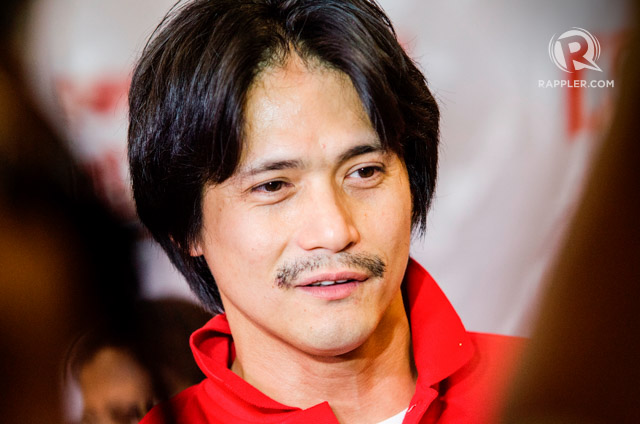 Sahali was referring to Rodrigo Duterte, the tough-talking mayor of Davao City, who is also aspiring for the presidency. Robin is an avid Duterte supporter.

Sahali made the statement on December 15, during a small gathering with Roxas and 35 governors and congressmen from Mindanao, according to Roxas’ website.

In his post, Robin said that what Sahali said is sad for the people of Muslim Mindanao because it didn’t acknowledge the hardship that Muslim Mindanao reportedly went through during Roxas’ time as interior secretary.

(This is sad for Muslim Mindanao. We’ve really forgetten the all-out war, Zamboanga, and Mamasapano. Thousands of Muslim Mindanaoans were thrown by Malaysians from Sabah to Tawi-Tawi and Jolo. This happened recently, you are so quick to forget.)

Robin was referring to the incidents of unrest in the region during Roxas and President Benigno Aquino III’s term.

In 2013, members of the Moro National Liberation Front attacked Zamboanga City because they felt that the government had not fulfilled the peace agreement they signed in 1996. Zamboangeños felt that the president and vice-president did not act on the situation as swiftly as needed.

In January, 44 Special Action Force commandors were killed in a clash with the Moro Islamic Liberation Front, the Bangsamoro Islamic Freedom Fighters, and private armed groups. Based on the Philippine National Police’s Board of Inquiry report, Aquino made some lapses in judgement, though the Office of the Ombudsman said that the president has “no liability” over what happened.

In May, Aquino said that the Philippines would not drop its claim over Sabah.

(I have nothing bad to say about Mar Roxas, but I have nothing good to say either. They led for 6 years, and no poor Bangsamoro benefitted from this except those in power.)

Robin is a Muslim action star, known for his work in movies and TV shows like Anak ni Baby Ama (1990) and Toda Max.

Robin is also a known supporter of Duterte. In a previous interview with Rappler, Robin said that that Duterte’s decision to run for presidency was his birthday wish, granted. The action star even offered to make a biopic based on Duterte’s life during a visit to the local official last October.

Although Robin’s nephew, actor Daniel Padilla, openly endorses Mar, Robin said in the same interview that Daniel was old enough to make his own decisions. – Rappler.com