‘Nilalang’ producers to MMFF: Give us a level playing field 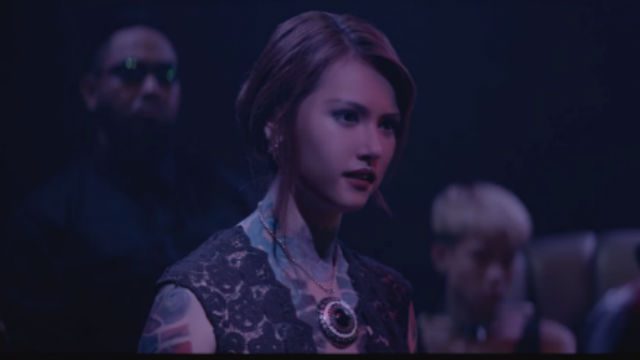 Facebook Twitter Copy URL
Copied
'That we have been given only one day by the movie theater owners to let the viewing public see Nilalang is truly deplorable,' the producers commented

MANILA, Philippines – On Monday, December 28, the producers of the Metro Manila Film Festival entry Nilalang appealed to the festival organizers and theater owners, asking them to give independent producers a fair chance against larger media companies.

This following the news that their film has been pulled out of several theaters since the festival’s opening day, December 25. (READ: MMFF 2015 entries ‘Nilalang,’ ‘Honor Thy Father’ pulled out of some cinemas)

In a post on the movie’s official Facebook page, the producers – Welovepost, Haunted Tower Pictures, Parallax Studios, and BlackOps – said that from 40 theaters on opening day, the theaters showing their film was cut down to 16 by December 26.

As of their December 28 Facebook post, the producers said that Nilalang was only showing at 6 theaters in Metro Manila. According to them, these were:

“That we have been given only one day by the movie theater owners to let the viewing public see Nilalang is truly deplorable,” they commented. “How can the movie industry prosper – as what the organizers of the MMFF is claiming to foment – if we will always limit the choices of the public, bias against small producers like us and, on the whole, simply let the big players lord it over the industry?”

On December 26, director Pedring Lopez and co-producer Wesley Villarica told Rappler that most theaters were filled with two of the bigger productions among the 8 entries: My Bebe Love and Beauty and the Bestie.

The two movies were produced by subsidiaries of the two biggest media companies in the country – GMA Network and ABS-CBN Corporation.

In their statement on Facebook, Nilalang‘s producers said that they want an even playing field, to give moviegoers more choices and to provide those in the film industry with more jobs.

“We call on all players in the movie business to ask ourselves if the way we conduct our business is one that truly helps the sector grow and thrive, and ultimately contribute to national development, or one that protects the interests of a few,” they said, before thanking the Metro Manila theaters that are still showing Nilalang.

What do you think of the issue? Let us know in the comments! – Rappler.com