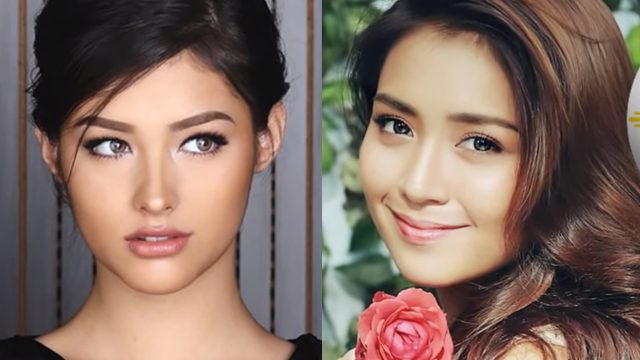 MANILA, Philippines – Five Filipino celebrities made it to the Independent Critics’ list of 100 Most Beautiful Faces and 100 Most Handsome Faces for 2015.

This is the first time for both actresses to be included in the list, which was released through a video published on Saturday, December 26.

See who else made it to the list in the video below:

Meanwhile, Enrique Gil is ranked 13th most handsome face, followed by Daniel Padilla at 22nd and Xian Lim at 99th.

Leading in the list of most handsome faces is Mexican singer and actor Diego Boneta, followed by actors Boris Kodjoe and Charlie Hunnam.

The 100 Most Beautiful Faces list was created by film critic TC Candler. It was first published in 1990.

According to the TC Candler Facebook page, the lists are not based on popularity, but rather try to represent people from all parts of the world: “This list searches far and wide, listening to the hundreds of thousands of suggestions submitted every year, and tries to put together a list representative of the modern ideal of beauty. Aesthetic perfection is only one of the criteria. Grace, elegance, class, poise, joy, promise, hope… they are all embodied in a beautiful face.”

What do you think of the Independent Critic’s 100 Most Beautiful and Most Handsome lists this 2015? Let us know in the comments! – Rappler.com