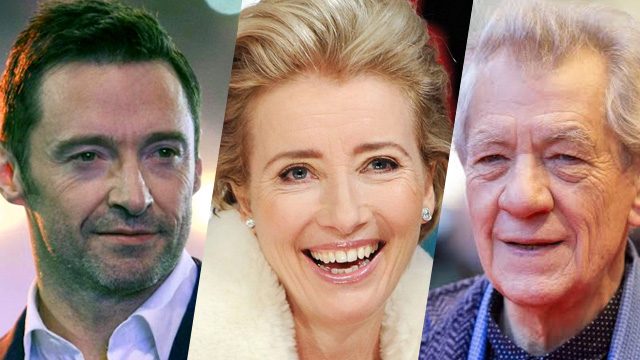 Alan was best known – especially to younger fans – as Professor Snape in the Harry Potter series, but he also played many other roles, including Harry in Love Actually and Absolem the Caterpillar (voice) in Alice in Wonderland. (READ: JK Rowling, ‘Harry Potter’ cast remember Alan Rickman)

Following his death, his co-stars, members of the industry, and fans took to social media to express their grief and condolence. (READ: Remembering Alan Rickman: 5 unforgettable roles)

Here are their tributes to the actor:

ALAN RICKMAN (1946-2016) There is so much that is matchless to remember about Alan Rickman. His career was at the…

There are no words to express how shocked and devastated I am to hear of Alan Rickman's death. He was a magnificent actor & a wonderful man.

My thoughts are with Rima and the rest of Alan's family. We have all lost a great talent. They have lost part of their hearts.

Emma Thompson, who played Sybill Trelawney in Harry Potter, and also starred opposite Rickman in Love Actually, doesn’t have any social media accounts, but managed to get a message out on Twitter anyway. She coursed her message through New York Times reporter David Itzkoff.

“Alan was my friend and so this is hard to write because i have just ksised him goodbye.

“What I remember most in this moment of painful leave-taking is his humor, intelligence, wisdom, and kindness. His capacity to fell you with a look or lift you with a word. The intransigence which made him the great artist he was – his ineffable and cynical wit, the clarity with which he saw most things, including me, and the fact that he never spared me the view. I learned a lot form him. He was the finest actors and directors. I couldn’t wait to see what he was going to do with his face next. I consider myself hugely privileged to have worked wiht him so many times and to have been directed by him.

“He was the ultimate ally. In life, art, and politics. I trusted him absolutely.

“He was, above all things, a rare and unique human being and we shall not see his like again.”

Devastated to hear about the passing of Alan Rickman. I had the pleasure of working with him on my first movie. A true legend and gentleman.

Sir Michael Gambon, who played Dumbledore in some of the Harry Potter films, told BBC Radio 4: “Everybody loved Alan. He was always happy and fun and creative and very, very funny. He had a great voice, he spoke wonderfully well. He was intelligent, he wrote plays, he directed a play. So he was a real man of the theatre and the stage and that’s how I think of Alan.”

Terribly sad news about the passing of Alan Rickman. A funny and engaging person who put a shy young actor at ease when I was on HP.

Alan Rickman. Incredible actor and director. Above all, the most generous, funny, loving friend to us. @Deborra_lee and I will miss you so .

Shocked & sad to hear Alan Rickman has passed away. One of the nicest actors I've ever met.Thoughts and prayers with his family at this time

RIP Alan Rickman. He will forever be in our hearts. pic.twitter.com/oUXYo3qcwA

Our hearts are broken. Thank you for sharing your talent with us #AlanRickman We will miss you #Always

Very sad to hear that Alan Rickman has passed away. One of the greatest actors of his generation. My thoughts are with his family & friends

So terribly sad to hear of the passing of Alan Rickman. Honoured to have shared the screen with him. #Marvin #Snape He'll be sorely missed.

I do not want my heroes to die! Alan Rickman is dead & he was another hero. Alan – thank you for being with us. We are sorry you had to go

Everyone who knew Alan Rickman- or worked with him or watched his brilliant performances, feels this awful loss pic.twitter.com/pKOxFYYMUM

RIP Alan Rickman. You were the voice, the stage, the film, the actor, and you will be missed truly, madly , deeply. pic.twitter.com/4ZLx7JgX2V

Devastated to hear of Alan Rickman's passing. This week Britain has lost two of it's greats, far too young. pic.twitter.com/C7CrtR0Ryx

Always enjoyed watching his work. RIP Alan Rickman. I wish it didn't end too soon. God bless you family thru this pic.twitter.com/s5eVRzmldy

RIP Alan Rickman. So, so sad. Another loss of someone so talented. #RIP

We are deeply saddened to learn that Alan Rickman has passed away: https://t.co/73Hz0Koxgb pic.twitter.com/Eqlign7IDb

Goodbye Alan Rickman. You were genius in Harry Potter.