Facebook Twitter Copy URL
Copied
Who stepped on a sea urchin while filming? What firsts did Xian and Kim experience on this project? Fun facts from the stars of 'The Story of Us'

MANILA, Philippines – After their teleserye Ina, Kapatid, Anak in 2012, Kim Chiu and Xian Lim are returning to primetime in a new drama entitled The Story of Us.

In a press conference for the show Monday, February 15, both stars shared that their roles as Macoy and Tin are their most mature roles to date because of the storyline. Here’s some information about the show.

1.  The teleserye was shot in El Nido, Palawan and soon, New York. The Story of Us touches various locations. Director Richard Somes said they will start shooting in New York soon, as they are still fixing the papers.

2. Why the title The Story of Us?  According to Direk Richard the show was called The Story of Us because the story starts with the humble beginnings of Xian and Kim’s characters Macoy and Tin. (The Story of Us, it [the title] reflects the lives of Filipinos, how big the world is that they are moving in, but when they arrive abroad, they’ll see how small it really is. And of course, [it’s also] about the stories of the Filipinos abroad, who are working for the family.)

“So the Story of Us reflects the lives of the Filipino as a whole and at the same time sa relationship nilang dalawa (the two of them).”

In the show, Xian and Kim play Macoy and Tin, childhood friends who fall in love but separate afterwards to fulfill their dreams of a better life. But their relationship is tested when Tin goes to New York to meet her estranged mother and when issues start to drive them away from each other.

3. The Story of Us marks Kim’s return to primetime after Ikaw Lamang. Kim took time off from doing primetime shows to concentrate on romantic comedy films and light shows. (The first time that Direk Richard and I taped, he wanted to shoo off Kim.)

According to direk Richard, this is the first time he will be working with Kim. He previously worked with Paulo Avelino, Maja Salvador, and Jericho Rosales on Bridges of Love.

“If there’s something I can [say to] describe Kim – dedicated and an amazing actress, and very excellent na artist,” he said.

4. The cast members are close to each other on and off the set.

(We had one scene that was being shot around 12 am already, the water was really cold, and we needed to swim in the water. All I can say is the camaraderie is very different among the artists – me, my father [in the show] Gardo Versoza, and my friend Janus del Prado. When all of us were about to jump into the water…it was not just us who jumped. It was just that scene that all 3 of us were going to jump in the sea.)

(But no, even the other staff, even Direk jumped as well as the assistant directors, everyone jumped to show that we were all in this together.)

“The cast that sinabi nila Direk is only half [of it], so magugulat na lang kayo. It would be a series of pleasant surprises kung sino pa po yung papasok sa the cast of The Story of Us,” he said.

6. ‘The Story of Us’ holds many firsts for Kim and Xian.

According to Kim she and and Xian had their many firsts while making the teleserye – including shooting a love scene. 7. Kim and Xian had diving lessons for the show

Both Kim and Xian took diving lessons under scuba diver Jesse Lapid, and said that there were big difference between going 60 feet underwater and swimming in a pool. (It was 60 feet. They really filmed it in the deeper parts. So they can show the waters of Palawan, the corals, the fish. And we also took diving and skin-diving 3 times a week in the deep parts of the swimming pool for it.)

(But it’s a different experience swimming in a pool from the sea. You have the elements of different animals, different corals you cannot touch.)

Both also suffered injuries with Xian stepping on a sea urchin, while Kim was stung by a jelly fish.

(He [Xian] stepped on a sea urchin. That scene where he was walking topless? He took the pain and when they stopped rolling, that’s when he screamed.)

Kim meanwhile said that after being stung by a jellyfish, it was almost as if she were wearing red leggings, with all the marks on her legs.

(I was swimming and when I got up, I felt I was wearing red leggings. because if it sticks to you, you get so many red marks already, so when I got out of the water, it was really itchy.)

8. They admit to being nervous and pressured about replacing On The Wings of Love

The show will replace On The Wings of Love starring Nadine Lustre and James Reid, which is down to its final days. Asked what he felt about replacing a very successful show, Director Richard Somes said : “Yes [we’re] challenged. Challenging but yet humbling also. 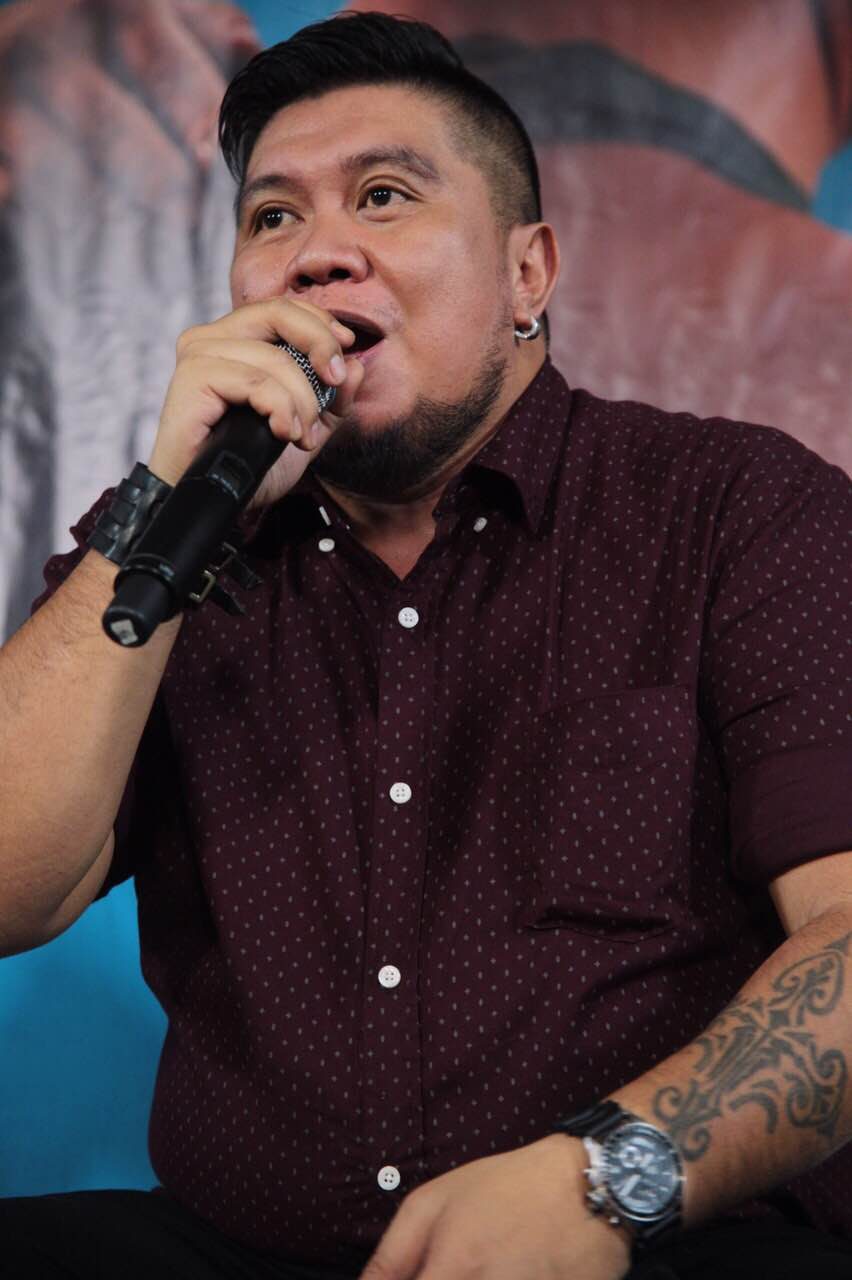 “In a way na mabigyan ka ng (to be given a) chance to do something na ganito ka important na show, but at the same time, the pressure of sa ibang (different) shows din na ma compare or what so ever, but… I just have to enjoy the ride na lang, enjoy na lang yung pupuntahan ng show na ito (enjoy where the show is going).”

In an interview with the media after the press conference, Xian talked about the long wait before this new collaboration with Kim came along.

(Yes, the reason why I said that was because I knew what it felt to wait for so long. Our fans, supporters really waited for a long time. At this time, we really don’t know. It’s really true. We don’t know when the next project will come.)

(If they can give us a chance, one more time and a while ago, I was inviting those who don’t know our tandem, the projects we made, so please give us a chance to touch your heart with this story we’re doing.)

Last Valentine’s Day, Xian surprised Kim, by giving her flowers forming a heart shape. Although he has been expressive of his feelings toward her, both of them prefer not put a lable yet on their closeness. (This is the truth I can say. Because I’m scared, even Kim, to put a label or what because all of you will say we’re happy, again, we’re happy, level up – but what I want to tell all of you is that I really love Kim.)

(That’s what I want to tell, because if I open it to everyone, they will just say things. There are many relationships that break apart if you put a label on it. I hope you’ll give it to us. We’re really taking care of it.)

(I’m very thankful that there is a man like him that really patient. He’s really patient, very consistent. He doesn’t get tired, he doesn’t look at other women, or complain it’s very tiring, like, ‘why is taking long for Kim to decide,’ he’s not like that.)

( He’s really true to his words. I’m surprised that there is still someone like him. I’m very thankful. He’s one of the most patient people I’ve ever met.)

The Story of Us also stars Zsa Zsa Padilla, Aiko Melendez, Janus del Prado, and Gardo Versoza and will air on February 29. – Rappler.com