Facebook Twitter Copy URL
Copied
'It was the rudest thing anyone had ever done to me,' Vivian says of Cristine's alleged behavior

MANILA, Philippines  (3nd UPDATE) – Actress Vivian Velez took to Facebook to announce that she was quitting the show Tubig at Langis on Sunday, March 6.

“With much trepidation, I would like to tender my immediate irrevocable resignation, effective immediately, from the show, Tubig at Langis. I have never been so upset and humiliated by an actress in my entire career spanning 4 decades!” Vivian wrote.

On Wednesday, March 9,  Vivian posted a short statement on Facebook after Cristine expressed her side.

“And, I’m moving on… Thank you so much for all your love and support,” she wrote with an article from Pep attached.

“WHITEWASHING as expected,” she also wrote, adding “I’m taping my last scenes in the series right now and I feel like I’m walking in the lion’s den…”

Reports said that she would be meeting with the show’s executives to discuss what would happen following her resignation.

With much trepidation, I would like to tender my immediate irrevocable resignation, effective immediately, from the…

In an interview with Pep, Monday, March 7 Vivian said that her meeting with the show’s management went well, and that she will go back to do unfinished scenes before leaving the show.

She also said that she requested not to have scenes with Cristine. She declined to give other details.

“Regarding my character on the show, they have no choice. My resignation is irrevocable.

“I will not support a lead actress like her,” she said.

In an interview with TV Patrol, Monday, March 7, Vivian said that she’s not asking for any special treatment – just respect.

(I’ve earned my stripes here in the industry. That’s all, some respect. I’m not asking for special treatment.)

Vivian said that she tried to understand Cristine, but could not do so since she never showed any bad attitude towards her.

She also said that is sure of her decision to leave the show.

Viva Artists Agency, which handles Cristine’s career, said the actress will not comment in the meantime.

Meanwhile in the same report, Cristine’s sister Ara Mina defended her, saying Cristine had no intention of making Vivian leave the room on the set of their show. She said based on the conversation she had with Cristine, Vivian did not understand her sister.

Although she did initially did not say who the actress was, Vivian later confirmed to Pep that she was referring to Cristine, her co-star.

In that interview, Vivian said: “The straw that broke the camel’s back was when we shared a designated standby room and she asked me to leave the room because she wants it only for her own.

“She bangs the doors, shouted at me. She keeps on singing ‘Goodbye, Farewell’ in front of my face while we are rehearsing.

“She complained to the production staff why they are nice to me and she should be the priority all the time. And many other instances of rudeness that is uncalled for.” 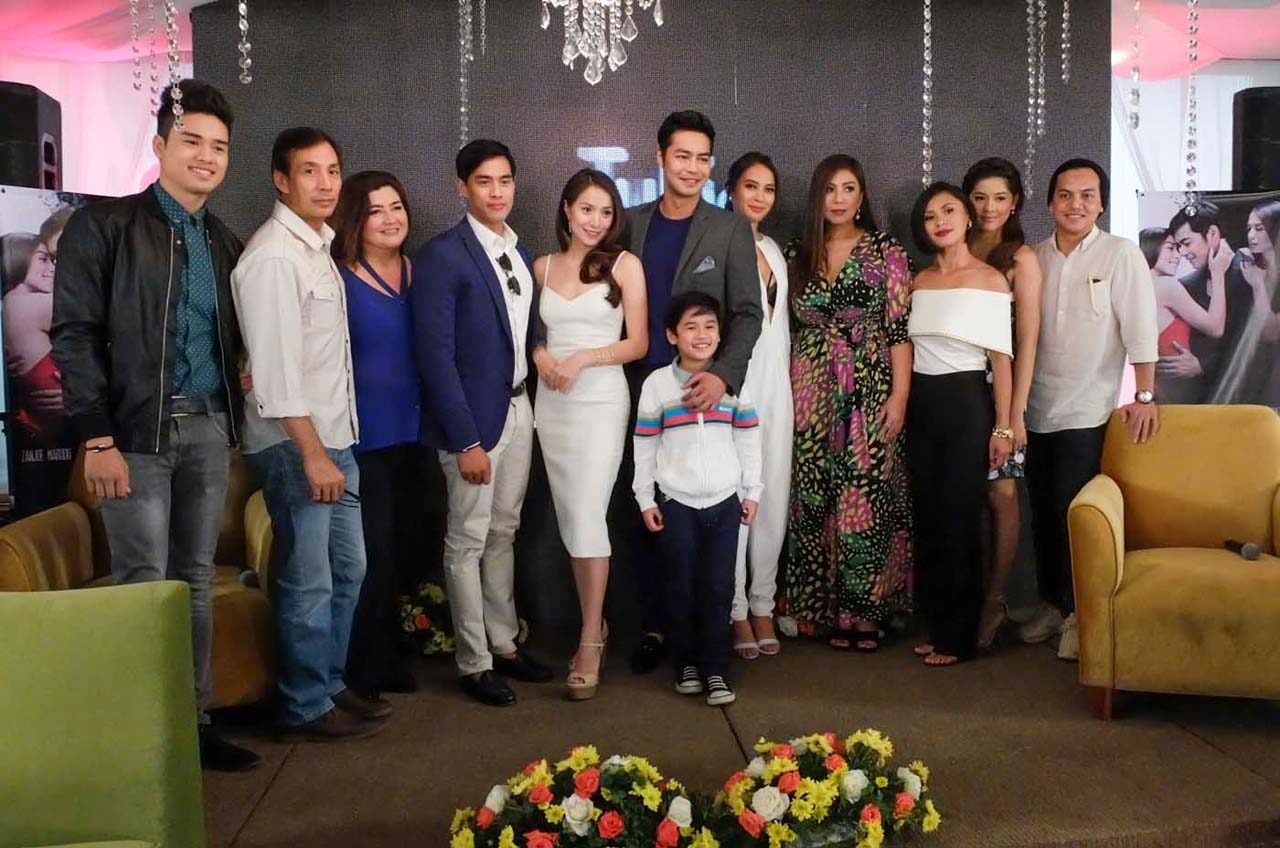 According to Vivian, this has happening for almost a month; the last incident was during their taping on Saturday, March 5.

“It was the rudest thing anyone had ever done to me,” she said of Cristine’s alleged treatment of her. She said that her co-star Zanjoe Marudo even had to comfort her as well, as did one of the producers, and actress Isabelle Daza, whom she said was very nice to work with.

Vivian starred in the film Ang Babaeng Hinugot Sa Aking Tadyang, which was remade, starring Marian Rivera. She also starred in a number of films in the late 70s, 80s and early 90s, before taking a break for a while.

She returned to television, appearing in shows such as Rio del Mar, Misibis Bay, and Maria Mercedes, and appeared in films such as On The Job and The Trial.