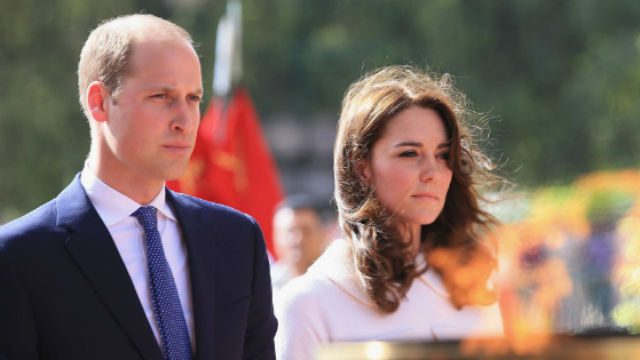 NEW DELHI, India – One of India’s top newspapers faced a social media backlash on Tuesday, April 12 after it splashed a picture across its front page of Britain’s Princess Kate suffering a “Marilyn moment” as her dress rose up in the wind. (IN PHOTOS: Prince William, Kate Middleton’s trip to India)

Readers accused the Times of India of being disrespectful to the Duchess, who was wearing a white 1950s-style dress reminiscent of the one in the iconic Marilyn Monroe photo as she laid a wreath at the India Gate war memorial with her husband, Prince William.

‘Times of India’ was one of the top trending topics on Twitter on Tuesday morning as users questioned the paper’s judgement in picturing the Duchess inadvertently flashing an expanse of royal thigh.

“Sleazy journalism at its best,” tweeted reader Shagun in response to the image, which was accompanied by the headline “Kate’s Marilyn moment at India Gate”.

“Well done Times of India! Our guests come to India and this is the photo you decide to put on your front page…” tweeted another.

Many recalled an incident last year in which the paper was strongly criticised for promoting video footage of a top Bollywood actress with a tweet that read “OMG! Deepika Padukone’s cleavage show”.

But Shekhar Gupta, who has edited some of India’s biggest news publications, took a different view.

Britain’s newspapers took a more restrained approach. Several published shots of her dress rising in the wind, but none was as revealing as the picture on the front page of The Times of India.

Popular tabloid The Sun came closest with an image of the Duchess laying the wreath under the headline “A Royal Flash in India – Kate’s Marilyn moment”.

The Daily Telegraph – a conservative daily known for its royal coverage – said a series of such problems had prompted “suggestions that she should follow the Queen’s lead and slip small lead curtain weights into the linings of her outfits”.

The royal couple are scheduled to travel to northeast India’s Assam state later today, with a rhino safari inside the famous Kaziranga National Park on the agenda for Wednesday. – Rappler.com