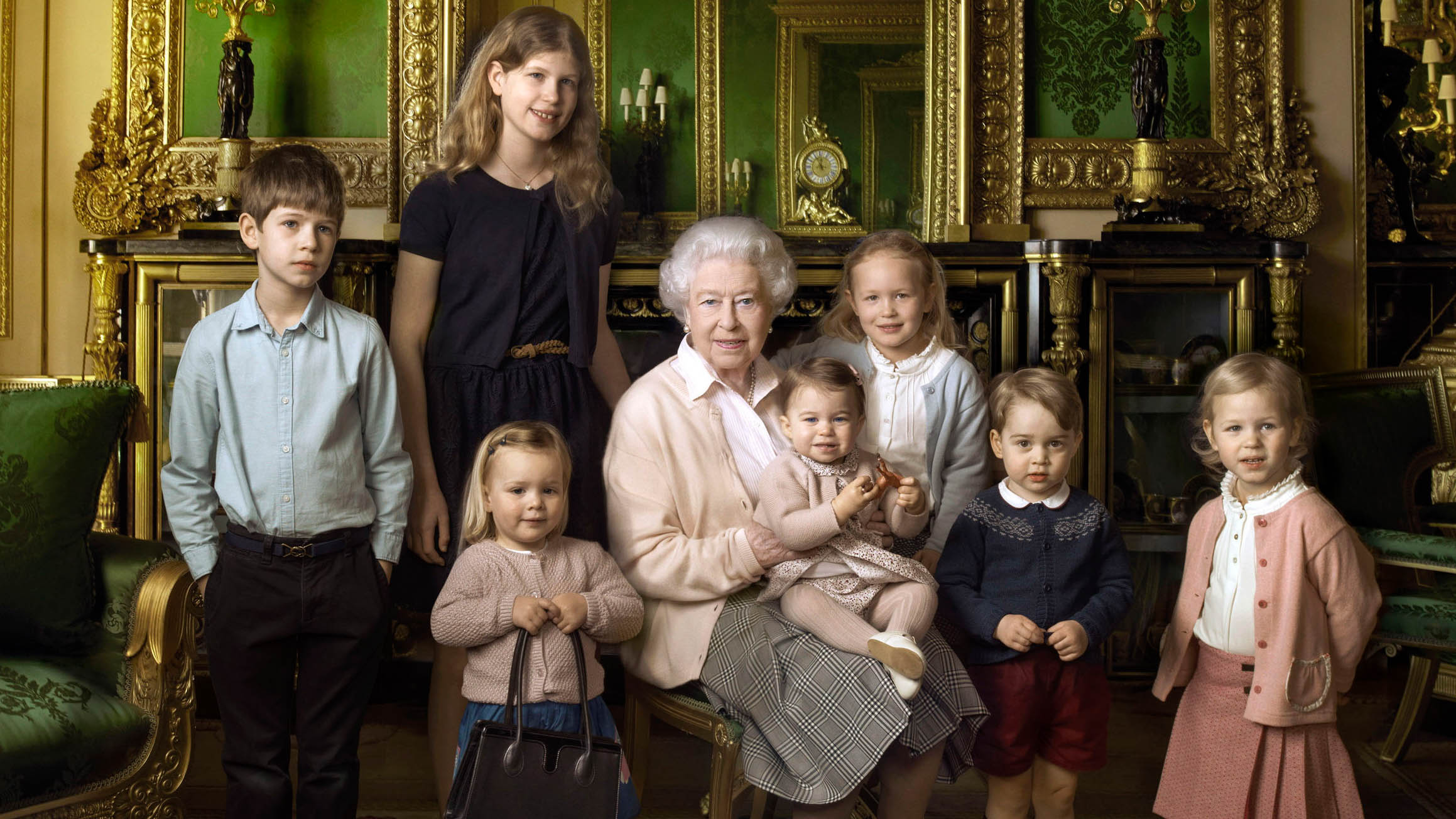 LONDON, United Kingdom –  Queen Elizabeth II’s official 90th birthday portraits released Thursday, April 21 were taken by the celebrity photographer at the center of one of the fiercest recent controversies to hit Britain’s monarchy.

Annie Leibovitz has shot 3 relaxed images featuring the queen, her family and her dogs, which were released by Buckingham Palace to mark the big day. (LOOK: Prince George adorably poses for postage stamp portrait)

The US photographer was invited back 9 years after a row over footage shot for a documentary on the BBC, which showed Leibovitz asking the queen to remove her tiara, drawing a frosty response.

The new pictures were taken in recent weeks at Windsor Castle, the queen’s residence west of London.

One shows the monarch standing on garden steps with four of her dogs – corgis Willow and Holly and dorgies Vulcan and Candy.

Another shows her with five of her great-grandchildren, including Prince George and Princess Charlotte, and two of her grandchildren.

In this shot, Mia Tindall – daughter of the queen’s granddaughter Zara and her former rugby player husband Mike Tindall – is holding the queen’s handbag.

The third shows the queen sitting on a sofa with her daughter, Princess Anne.

In 2007, a previous photo shoot involving Leibovitz and the queen became headline news, earning the nickname “Queengate” in the media.

One of the BBC’s top executives resigned after a trailer implying that the queen stormed out of the photo session was shown at a press launch event for the documentary A Year With The Queen.

The BBC later apologized to the queen after admitting that the sequence of events had been “misrepresented” and that she had not walked out.

“I think it will look better without the crown, less dressy,” Leibovitz says in the footage, before the queen interrupts her.

“Less dressy? What do you think this is?” the monarch replies, pointing to the ceremonial robe she was wearing and giving an icy stare.

Leibovitz, the first American invited to shoot an official portrait of the queen, later described her as “a bit cranky” but “feisty” and praised her devotion to duty. – Rappler.com