Baron Geisler: Viral video with student ‘taken out of context’ 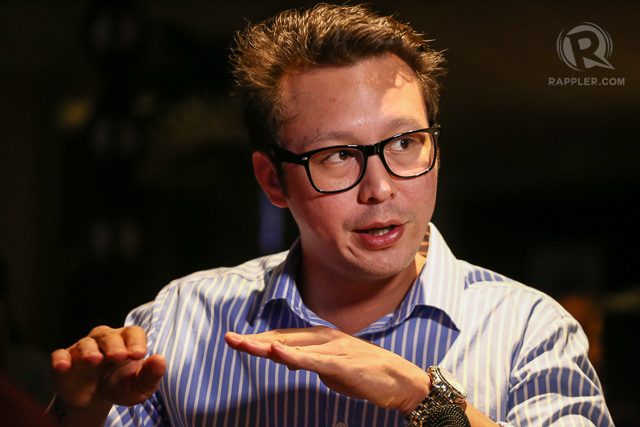 MANILA, Philippines – Actor Baron Geisler issued a statement after a video of him allegedly hurting a student went viral on Facebook Sunday night, May 15.

“The video was taken out of context, and because of that, I plan to consult my lawyers for the possible liabilities of the person who uploaded the video, whose apparent intention is to exploit my already damaged reputation,” he said through a statement from ALV Talent Circuit, his management.

(The events have been very negative and people can sometimes be very mean. They will just suddenly judge you, when all I want to do is work. I’m already the one helping them out here, very tired and they could not understand that my call time was at 9 am and that the pack-up time was at 3 am.)

(I’ve been asking for the script for 5 days, because if they’re really passionate about what they’re doing, they should have given it to me two days ahead of time, not have me arrive on set and then just give me an idiot board. I believed in your vision Khalil, because you wanted your project to be different from mainstream.)

(Please don’t use the term ‘Beastmode.’ Fine, if I was on beastmode, do you think if was my fault to begin with? I don’t know what’s your intention in posting this video – for what? To ruin me and destroy my image? Bro, I’m not afraid, because my image has already been destroyed in the past. Go ahead and file a complaint against me, I’ll just see you in court.)

(First, we don’t have a contract, do you think I’m stupid? Don’t tell me that because it is a student film, I have to understand all of you. For my co-actors, I apologize if I’ve embarrassed you and if you got worried for me.)

(For those who believed me, thank you so much. Up to now, I’m still not feeling well, especially when everyone knows that instead of working on the project for free, I left my mom who is very sick. Who would not get angry over that.)

(I hope this clears everything up. It’s very very hard when you don’t feel good and you have clarify the matter to everyone, for my mother who is very weak.)

In the video posted by a certain Khalil Verzosa, Baron was seen cursing at a student holding a camera. The actor then grabbed the student violently.

In the caption, Khalil said: “We had a school prod for an editorial design campaign, we got him to act, pumayag siya, tapos inayos namin yung script, natagalan ng mga ilang oras at since students kami daming ginagawa so we were pressed with time, late nakapagcoordinate kay Baron kaya late yung script na nabigay pero as a director, I made sure na morning ko masend na sa kanya at the very least, kasi maikli lang naman.

(We had a school production for an editorial design campaign, we got him to act, he agreed, we fixed the script, it was delayed by a few hours and since we are students with a lot to do, we were pressed for time, we coordinated with him late. This caused the delay in giving the script – but as a director, I made sure that I could send it in the morning at the very least, because it was short anyway.)

(It pushed through and we apologized when he arrived on set, but he kept making comments, saying he wished we could have given the script earlier. We apologized because we knew we were in the wrong.)

(It’s not right to pick on us, we’re still a student production, we put our hearts into this production and advocacy, even I had to spend to pay his talent fee, we don’t even have much of a budget and we even had some problems. Baron Geisler, you don’t have any right to go into beast mode, so I think I should post this. So others can see what you did wrong.)

Khalil ended the message by telling everyone to share the video.

Some social media users have since expressed doubts about the video’s authenticity, pointing to rumors that the video was in fact part of the student’s production.

Baron has been involved in other controversies in the past. In 2013, he was found guilty of an act of lasciviousness, following a case filed against him by Patrizha Martinez, daughter of celebrities William Martinez and Yayo Aguila.