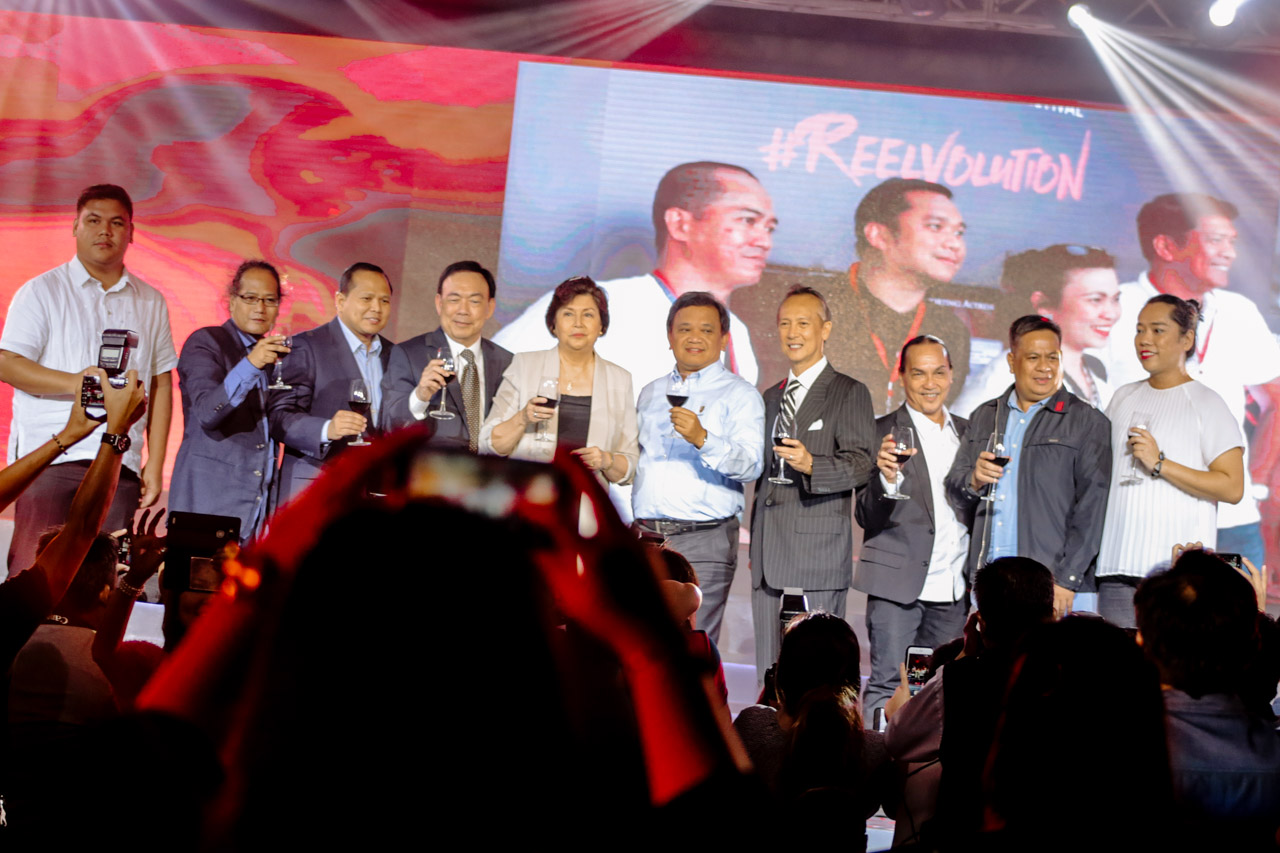 MANILA, Philippines – On its 42nd year, the Metro Manila Film Festival (MMFF) is making a few changes leading up to the festival proper in the Christmas season.

In what it labels as a “cinematic revolution” or #reelvolution, the MMFF has announced significant changes in its 2016 edition with a new vision to become “a festival that celebrates Filipino artistic excellence, promotes audience development and champions the sustainability of the Philippine movie industry,” as quoted in a release.

In its previous editions, observers have been critical of its practices and criteria. Several controversies have also made headlines, including the disqualification of Honor Thy Father from the Best Picture race last year.

At the formal launch and press conference of the festival on June 28, Tuesday at the SMX Convention Center, the MMFF introduced changes and additions that may help respond to the need for improvements:

There will be two main competition sections in the festival: full-length features and short films, with 8 slots for each lineup.

While there will only be 8 finalists for each section, alternates can replace one of the finalists in case of pull-out or disqualification. These should be next in rank to the 8 finalists.

Full-length films should be no longer than 150 minutes, while the short films should not exceed 5 minutes in running time but with “no minimum length required.”

Short films can be in narrative, documentary, or experimental form, and live action or animated.

The New Wave section, which was dedicated to independent films in recent editions of the festival, won’t be back. There will be no distinction made between “mainstream” and “indie,” as films vie for the 8 slots in the 2 competition sections. 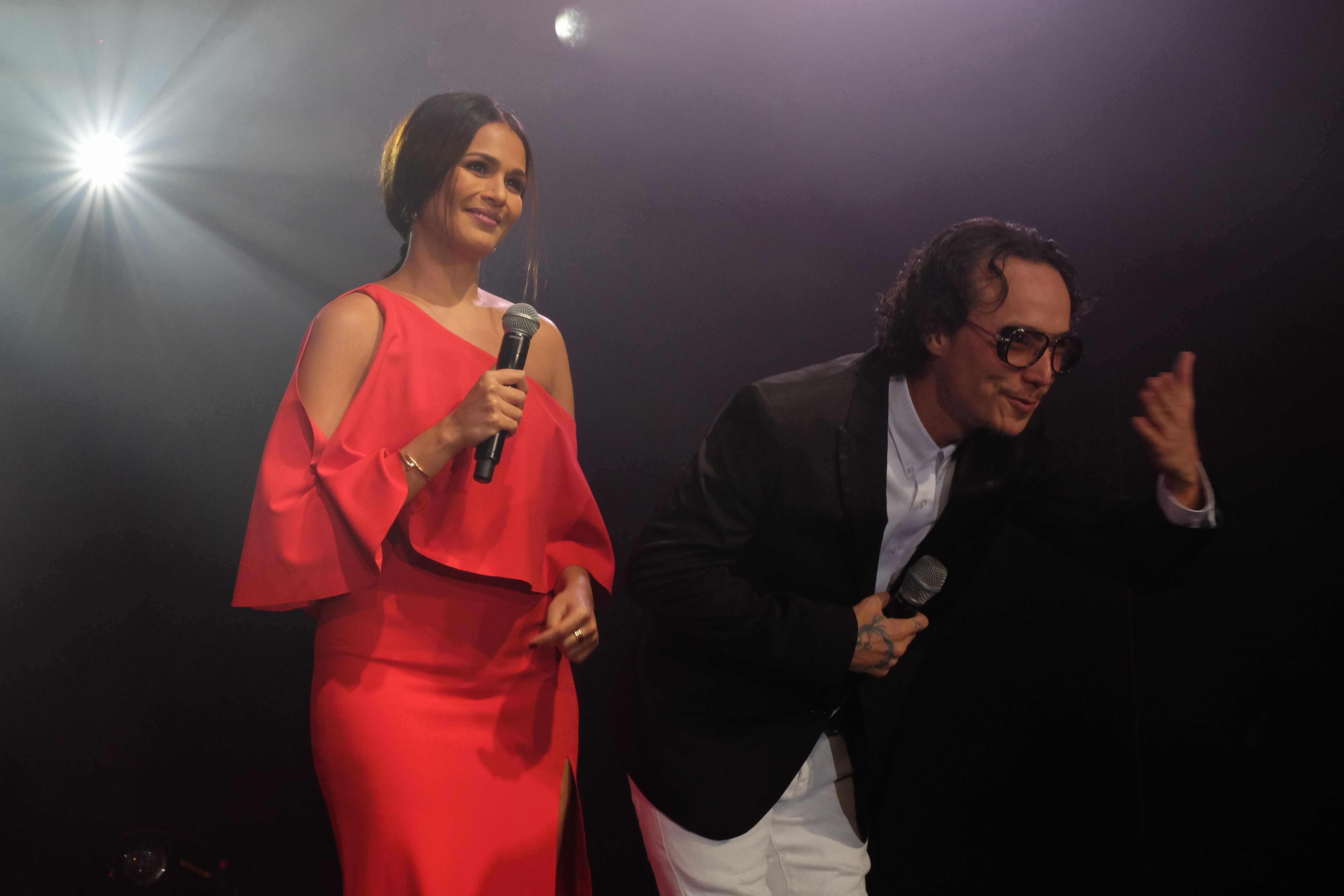 3. Only finished films will be accepted.

Instead of scripts, only finished films can be accepted in the upcoming MMFF.

By July 8, a letter of intent – from those planning to enter feature-length films – should be sent to the MMFF to gauge how many will films be screened by the selection committee.

Finalists will be announced by October 27 (short films) and November 10 (full-length).

It was also clarified that because only finished products are allowed for entry, it is “understandable” and “practical” that films may have previously competed at other festivals – Boots Anson-Roa Rodrigo, a member of the MMFF Executive Committee (ExeCom), explained.

They may submit to the MMFF, but “with due and timely notice to the ExeCom,” thus one of the requirments for submissions is the letter of intent, where prior inclusion to other festivals may be indicated.

This is a change from a rule that was the key argument raised in the disqualification of Honor Thy Father from the Best Picture race in the 2015 edition. (READ: Erik Matti welcomes MMFF 2016 changes)

In a notable shift in the festival’s value system based on box office viability, films will now be selected on the following merits:

A significant chunk of the criteria is dedicated to the content of the film itself, which refers to “overall excellence in storytelling, measured by how successfully a film transforms its artistic vision into a vital […] engagement with its audience,” according to a press release.

This criterion, taking another 40%, refers to the creative and technical aspects of filmmaking: writing, directing, acting, editing, cinematography, production design, sound, and music.

Ten percent is allotted to “global appeal,” or the universality of a film’s story, characters, and themes – that is, how a movie can “resonate with audiences from all walks of life and break through barriers of race, class and gender.”

Another 10% is dedicated to how the film “reflects and interprets the Filipino experience.”

Anson-Roa Rodrigo also explained in a video at the launch event that the new criteria was drafted with “the aspiration to meld commercial quality in film and the technical, aspirational, spiritual, and creative artistic quality. It can be done – that’s what this film festival would like to do.”

Furthermore, there will be no quota on certain genres. “It all depends on the selection of the selection committee,” said Carlos.

5. Awards night at the end of the festival 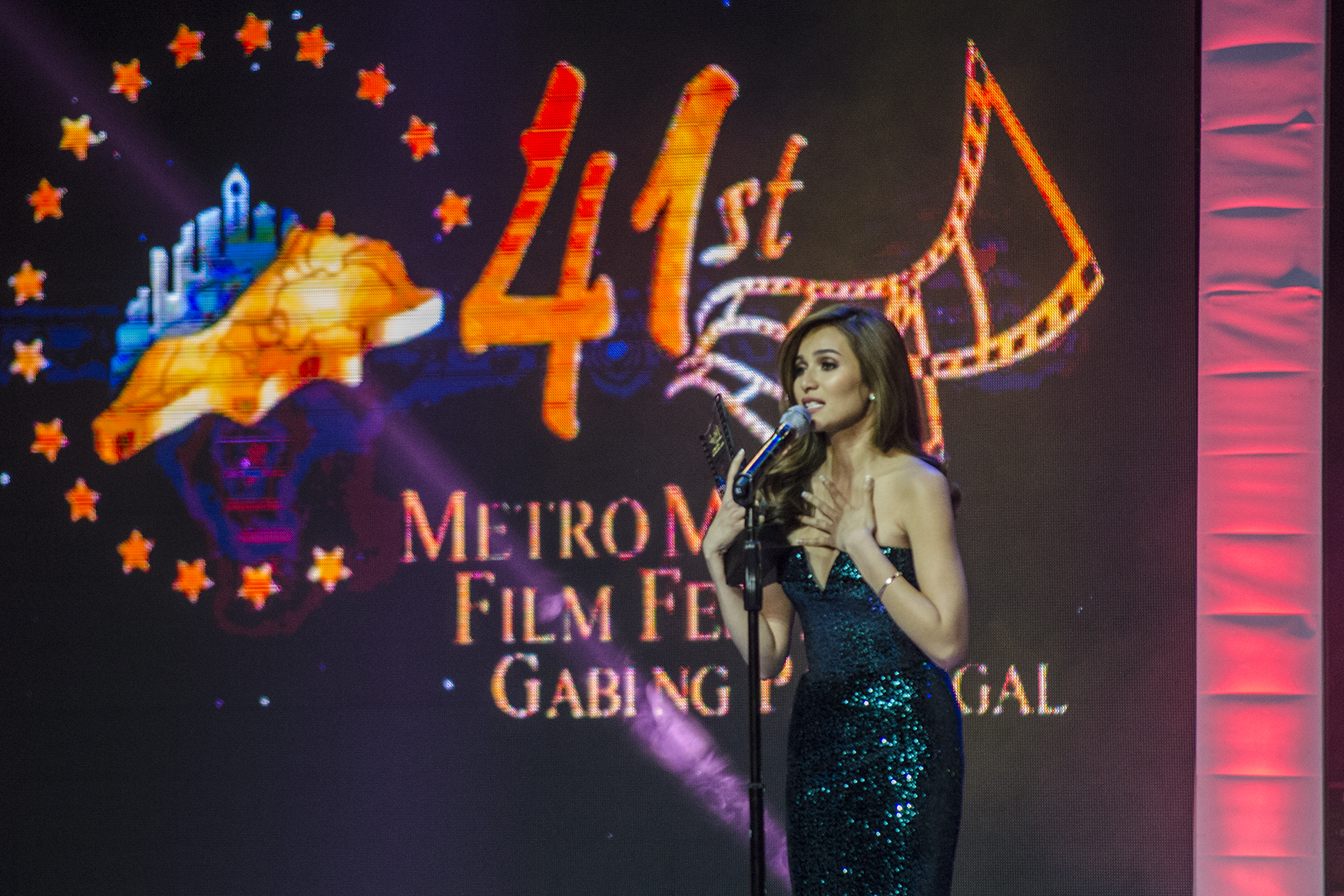 The film festival awards night, or Gabi ng Parangal, will be a formal gala to be held on January 8, 2017. Unlike previous editions of the MMFF, the winners will be announced at the end of the festival.

(Before, other films didn’t promote themselves. Some would rely on the awards night, like: ‘We won’t earn for 2 days, but by awards night, we’re going to win. So by then, we’ll zoom up).

“Pero (but) as we said, this time around, we’re promoting everyone,” he added.

More awards will be introduced, such as the People’s Choice Award.

6. No more cash prizes for the winners

Cash prizes have been scrapped for the winning films.

In the 1st quarter of this year, MMFF has reorganized its board of directors, which includes members of the public and private sectors, forming the 2016 executive committee.

The current executive committee, led by Carlos, is composed of: 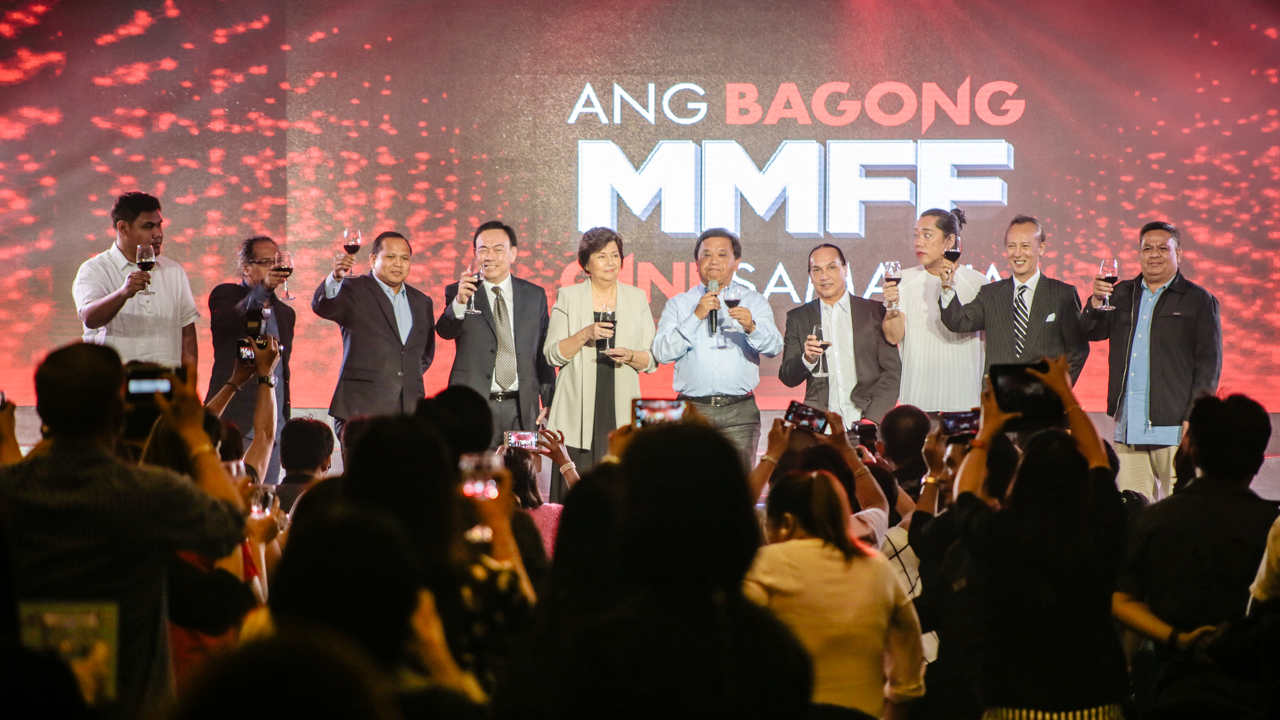 The executive committee has tasked a competition committee who will select the 8 entries for the two competition sections. They have been named in the spirit of “transparency”:

Anson-Roa Rodrigo clarified, however, that “the selection [competition] committee’s work will stop after the 8 entries are selected and announced.” There will be a different board of jurors for the film festival itself.

Instead, there will be a Children’s Choice Award, which is “designed to encourage filmmakers to create works geared for younger audiences with children of ages 9 to 12 selecting the winners,” as written in a fact sheet.

The last winner of the Best Child Performer award was Krystal Brimner for Honor Thy Father.

All Filipino artists and designers are invited to submit their entries for a logo and theme song competition.

The winner of the logo contest will also be tasked with creating key visuals for the months leading up to the festival proper.

The theme song, meanwhile, will be selected by a panel which includes singer-songwriter Jimmy Bondoc, filmmaker Jerrold Tarog, and former Undersecretary of the Office of the Press Secretary Robert Rivera.

Entries are welcome from July 15 until August 15, and winners will be announced by September 15. 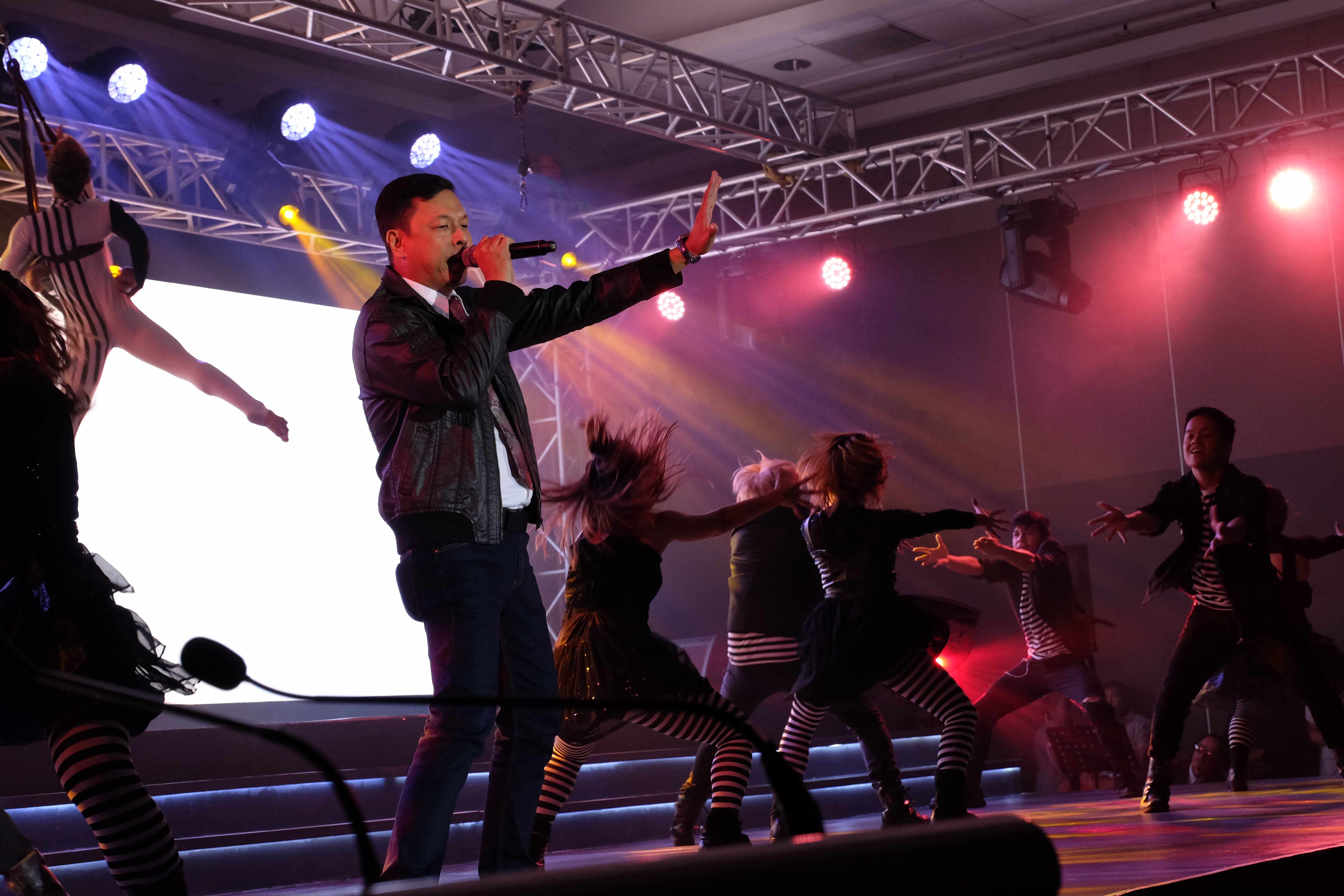 “We shall be introducing a complete film experience for Filipino families and friends to enjoy,” declared former Undersecretary Rivera.

Through interactive galleries and a traveling installation, the MMFF hopes “to develop and audience for and encourage the production of quality Filipino films.”

A ‘Best of the Best’ festival, a retrospective of some of the best Filipino films from the MMFF will be held in select theaters.

Moviegoers will be able to interact with the filmmakers and artists and participate in exhibits and other activities at a FanCon.

The traditional Parade of Stars “will be a bigger extravaganza.”

The 2016 MMFF, as tradition goes, will be held on December 25 until the first week of January. – Rappler.com