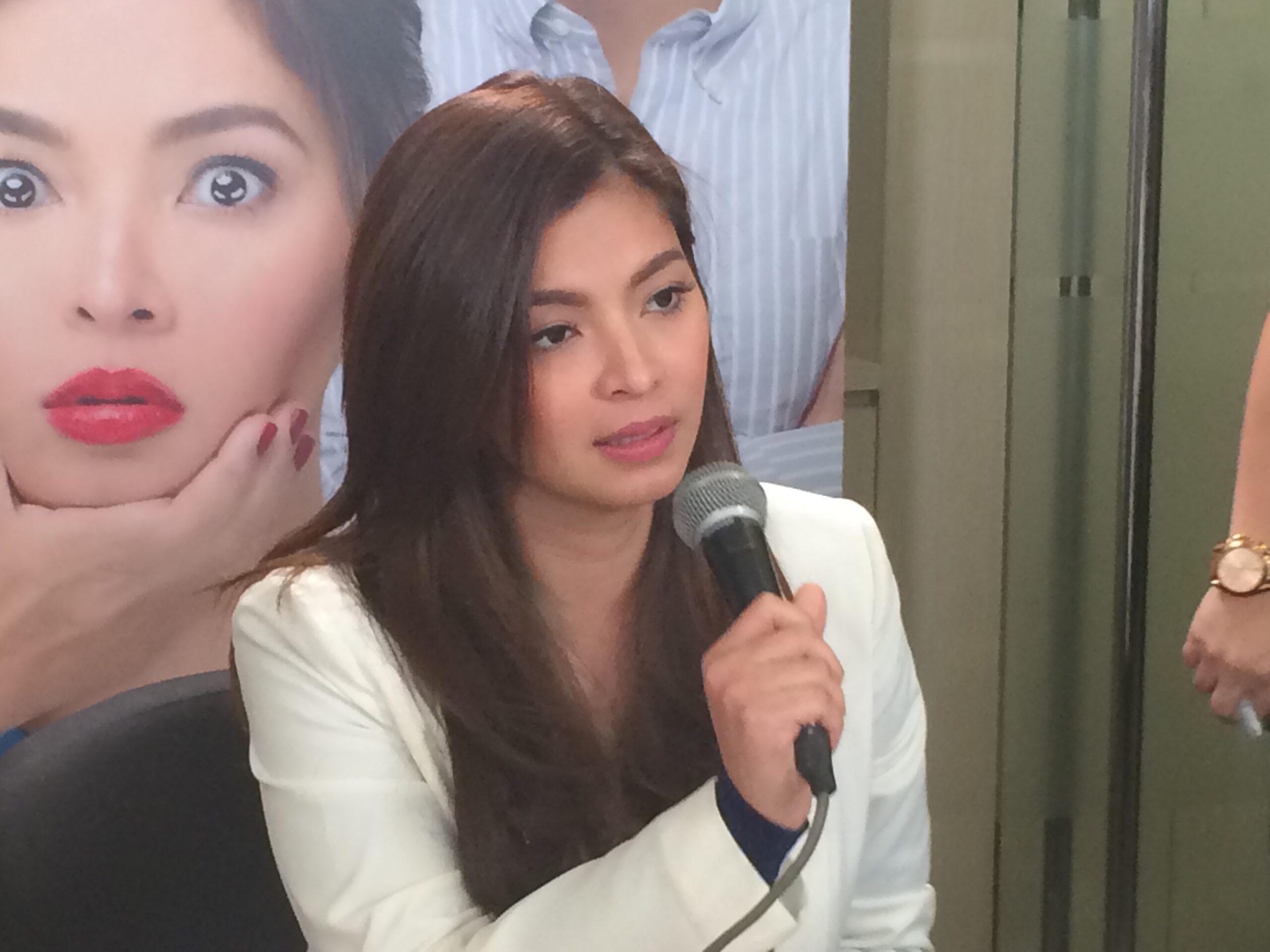 MANILA, Philippines – After keeping quiet about rumors that her ex Luis Manzano is dating actress Jessy Mendiola, Angel Locsin has spoken up.

In an interview that aired on TV Patrol, Angel spoke about Luis denying that Jessy was a third party in his and Angel’s relationship.

Angel has previously declined to comment on the rumors about Jessy and Luis’ relationship, which were sparked by photos of the two together on social media.

Since then, Luis has admitted that he and Jessy are “going out,” but he didn’t put a label on their current relationship.

(This, this is my reaction. They’re there, at that moment in life. If they’re enjoying that moment, then good job! I have nothing nice to say, so I won’t say anything.)

(I know that the time will come when they’ll admit that they’re together. There’s a process to it, right, I guess they’re just balancing out how they’re going to admit it, right? But that’s their life. I’m different now. They took me out of that scene, so I’ll be right here in my scene.)

Both Luis and Jessy have declined to comment about Angel’s earlier reactions to their rumored relationship, where she had also initially refused to comment.

When asked about it a few days ago, Luis said, “No matter what I say, hahanapan ako ng mali (they’ll find wrong in me). I hope people will understand that,” he said.

Luis and Angel dated in 2007, but broke up after two years. They got back together in 2014 before their recent breakup. – Rappler.com