‘Encantadia’ star Kylie Padilla: Get to know the new Amihan 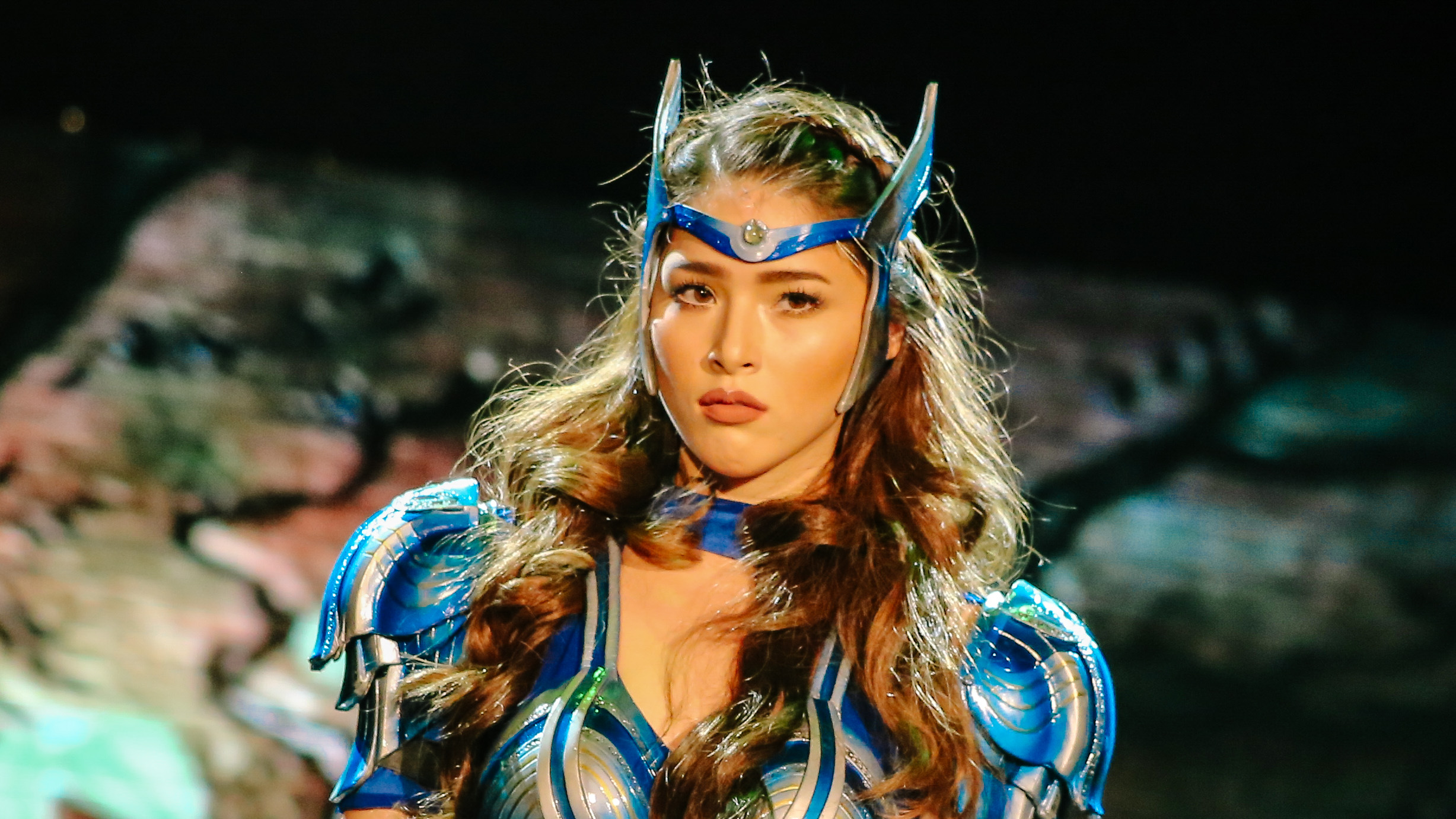 She’s practically showbiz royalty, as her father is Robin Padilla, but she has proven herself time and again in the industry – with her own impressive efforts. (READ: Kylie Padilla says despite famous family, she’s keeping it real)

Here are some awesome facts about the new Amihan: 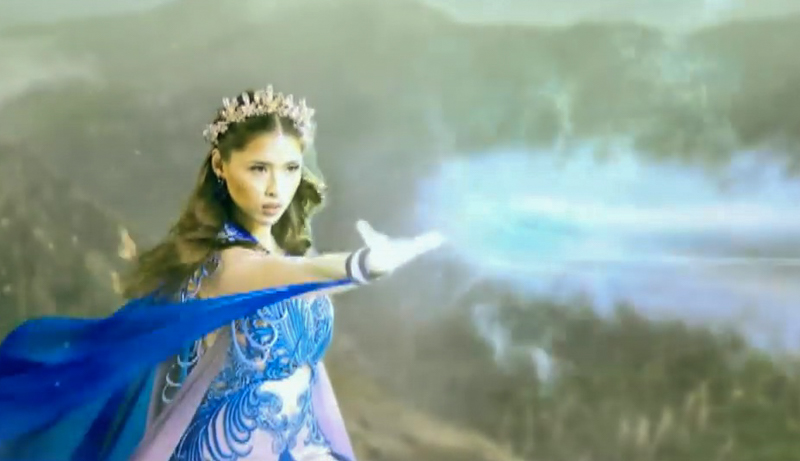 1. She initially wanted to get the role of Pirena and has been training in martial arts even before the show.

During an interview after the grand press conference of the show last July 13, Kylie shared that her father Robin Padilla initially wanted her to do become an actress in the action genre.

(The reason papa allowed us to become actors because he thought I would do action roles. Papa always dreamed for me to become an action star. So I really felt his happiness because we both waited for this.)

However, this took 6 years before it finally happened.

(I trained for 3 years in action – in muay thai, in arnis, in gymnastics, in takewondo, in wushu. But for 6 years, all the roles given to me was in drama. I was okay with it because I wanted to become an accomplished actress.) 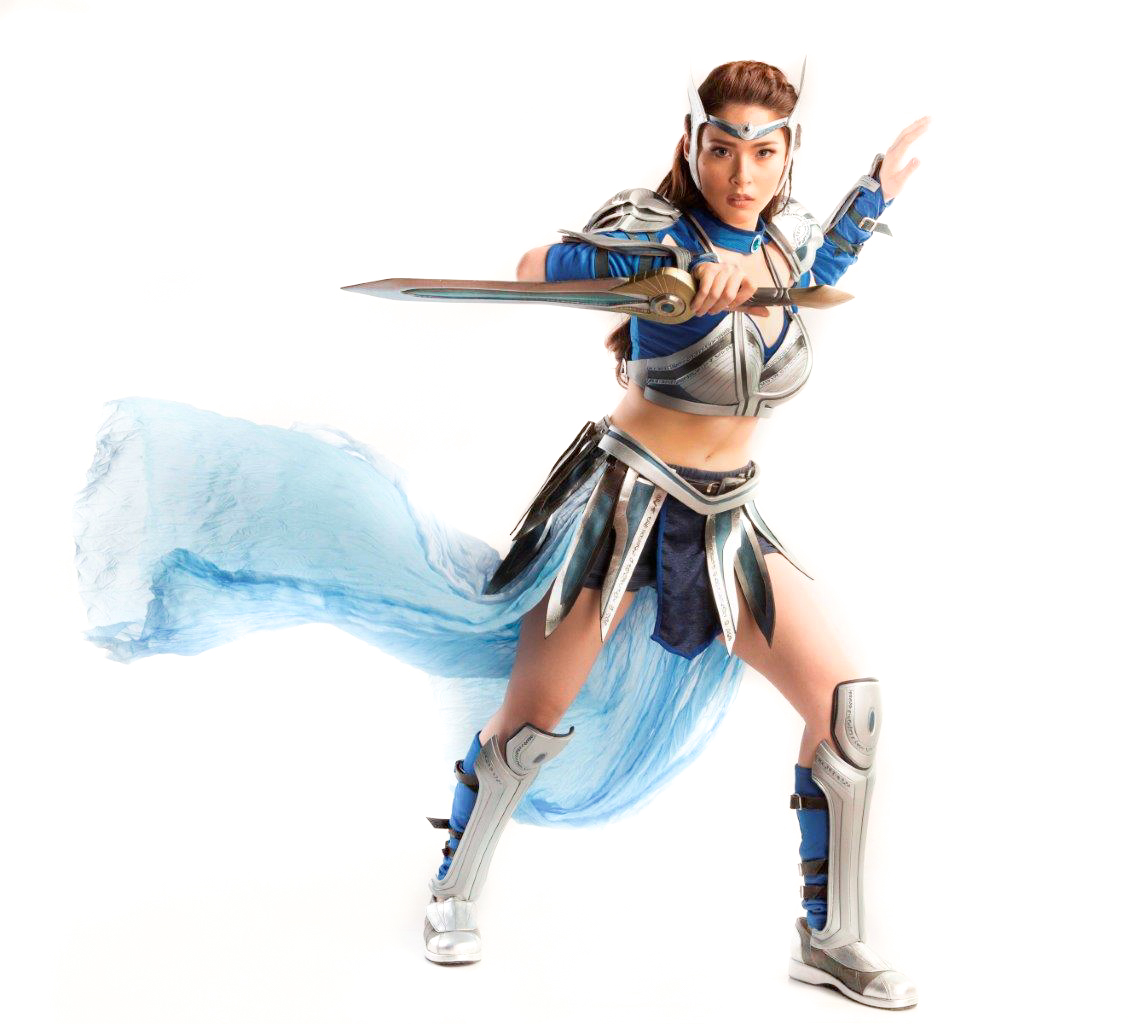 Then the auditions came for the new Encantadia series – but she wanted to take on the role of the guardian of the Brilyante ng Apoy (fire jewel), Pirena.

(But then when this opportunity came, when they said there were auditions, I was initially attracted to the role of Pirena because she’s the fighter, the courageous one and everything. Plus she has the color red which was my favorite.)

“But nung nalaman ko ang pinakamahusay pala sa labanan ay si Amihan, I fell in love with Amihan, and it’s not just about the opportunity to be come an action star, it’s also about giving my best performance para kay Amihan,” she added.

(But when I found out that Amihan was the most skilled in combat among the sang’gres, I fell in love with Amihan, and it’s not just about the opportunity to be come an action star, it’s also about giving my best performance for Amihan.)

Still a little rusty. But this got our adrenaline pumping. There is no improvement without pain, we worked hard and will work harder to get better. Isang matinding patikim para sainyo. #enca2016 #comingsoon

Kylie is into various forms of the arts. She particularly likes painting and makeup, even doing tutorial videos herself.

In an interview in 2014, Kylie said she fell in love with makeup because of K-Pop, citing Girls Generation as a favorite.

Kylie also tries to paint and sketch in between her busy schedule. Check out some of her works:

Did you know that Kylie also sings? She recorded her album called Seasons back in 2014, with its carrier single, “Gitara.”

4. She is very close to her siblings.

According to Kylie, she and her siblings bond by playing video games on the PlayStation.

(We used to cosplay as kids. We also do home videos. Ate Queenie is the director and Zhen and I are the actors, and then she would come in later. We were also the writers and costume designers.) 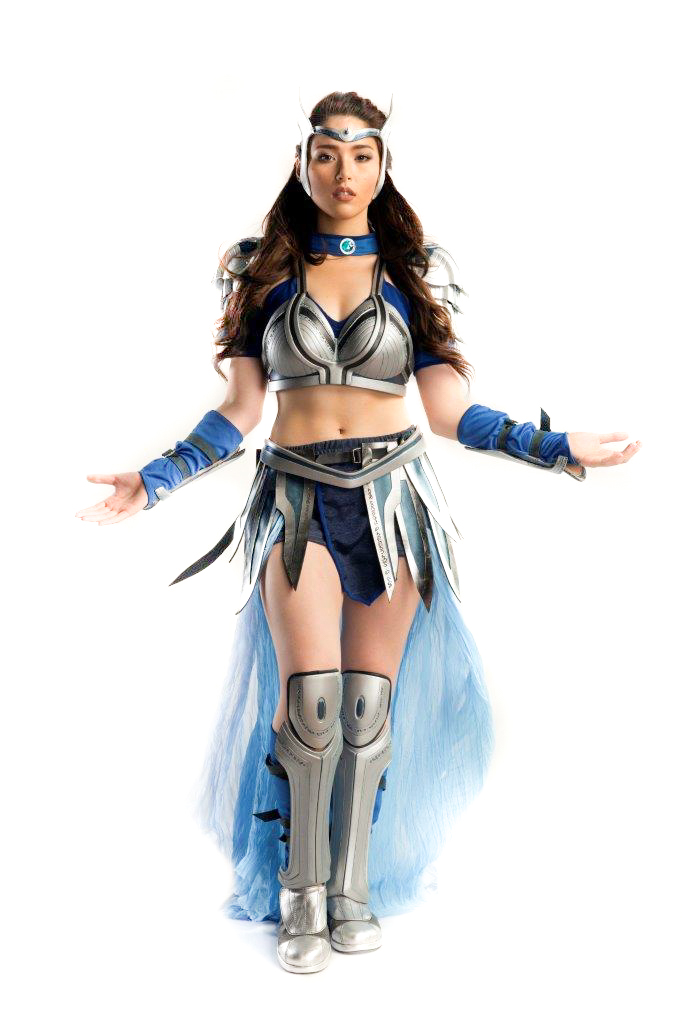 In a 2011 interview with the Inquirer, Kylie said that growing up her parents were strict when it came to how she and her siblings dressed up. But as she went into acting, they became more lenient, considering the demands of certain roles.

Her parents, Robin and Liezl Sicangco, are Muslims, and the Islamic religion has particular beliefs when it comes to modest clothing.

When she saw the costume for Amihan in Encantadia, she admitted to having apprehensions, as the sang’gre’s warrior gear can be considered quite daring. 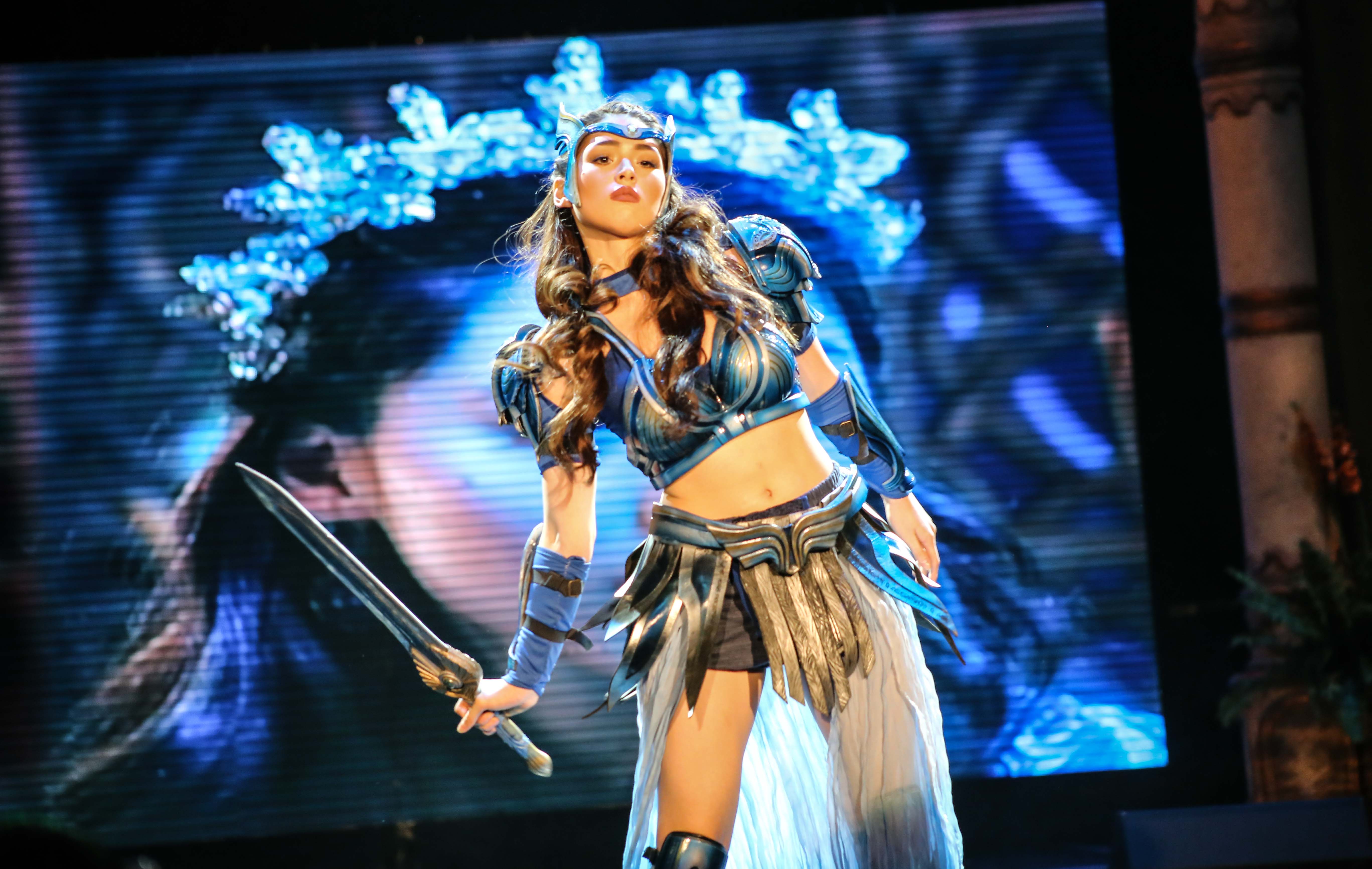 (It was surprising because it was an issue for a while in my career – showing some skin. Then when Papa found out it was Amihan, he said, ‘Sure. Go. Just do it.’)

6. Kylie admitted to getting nervous acting alongside Marian Rivera. 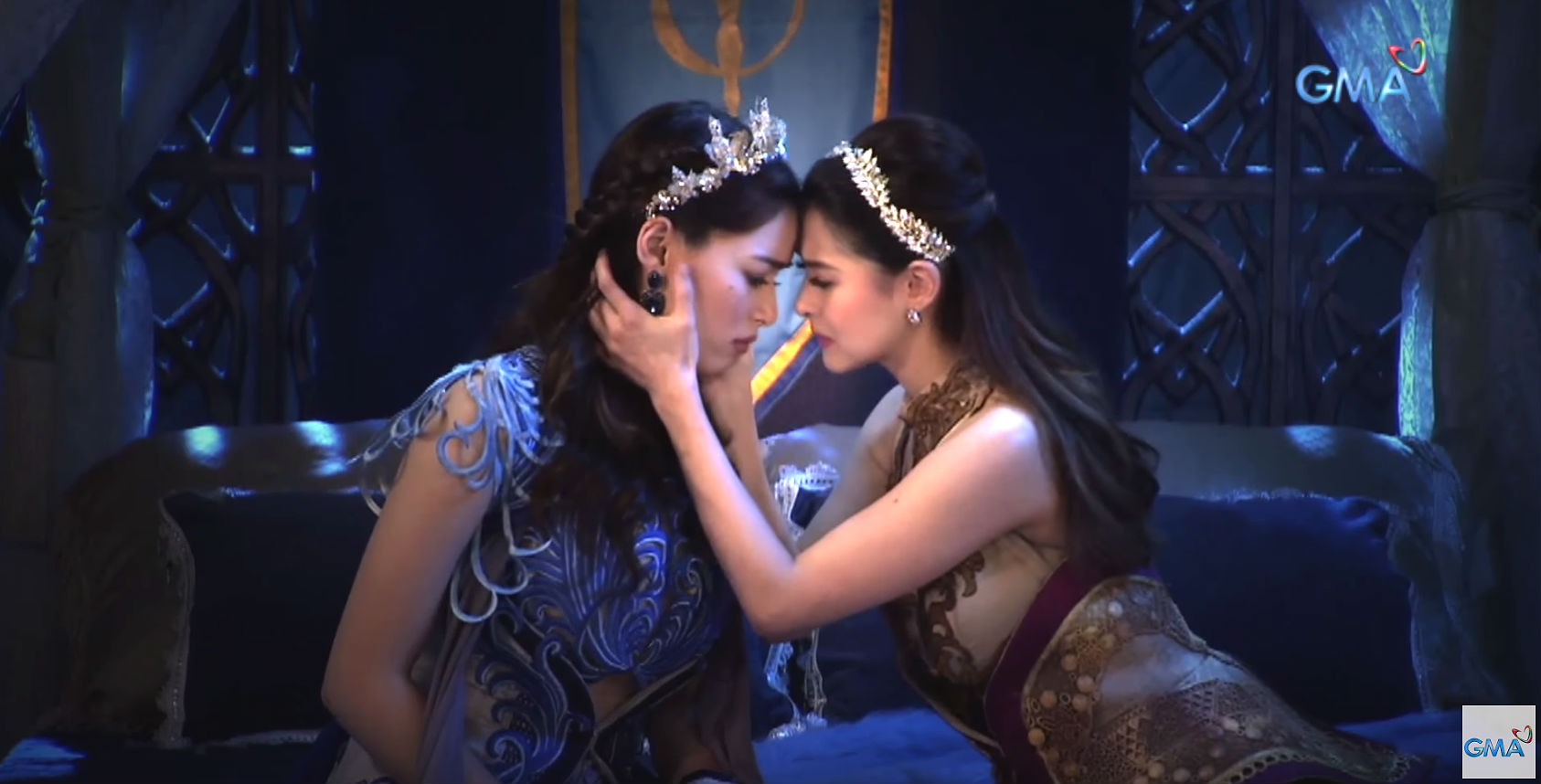 In an interview with 24 Oras, Kylie said she got nervous doing a scene with Marian, who plays Ynang Reyna Mine-a in the show.

(I didn’t really know that I was going to be that nervous. Then I have such respect for her.)

But in the end, the nervousness went away, and Kylie even described Marian as “sobrang bait (really nice)” and cool to work with. 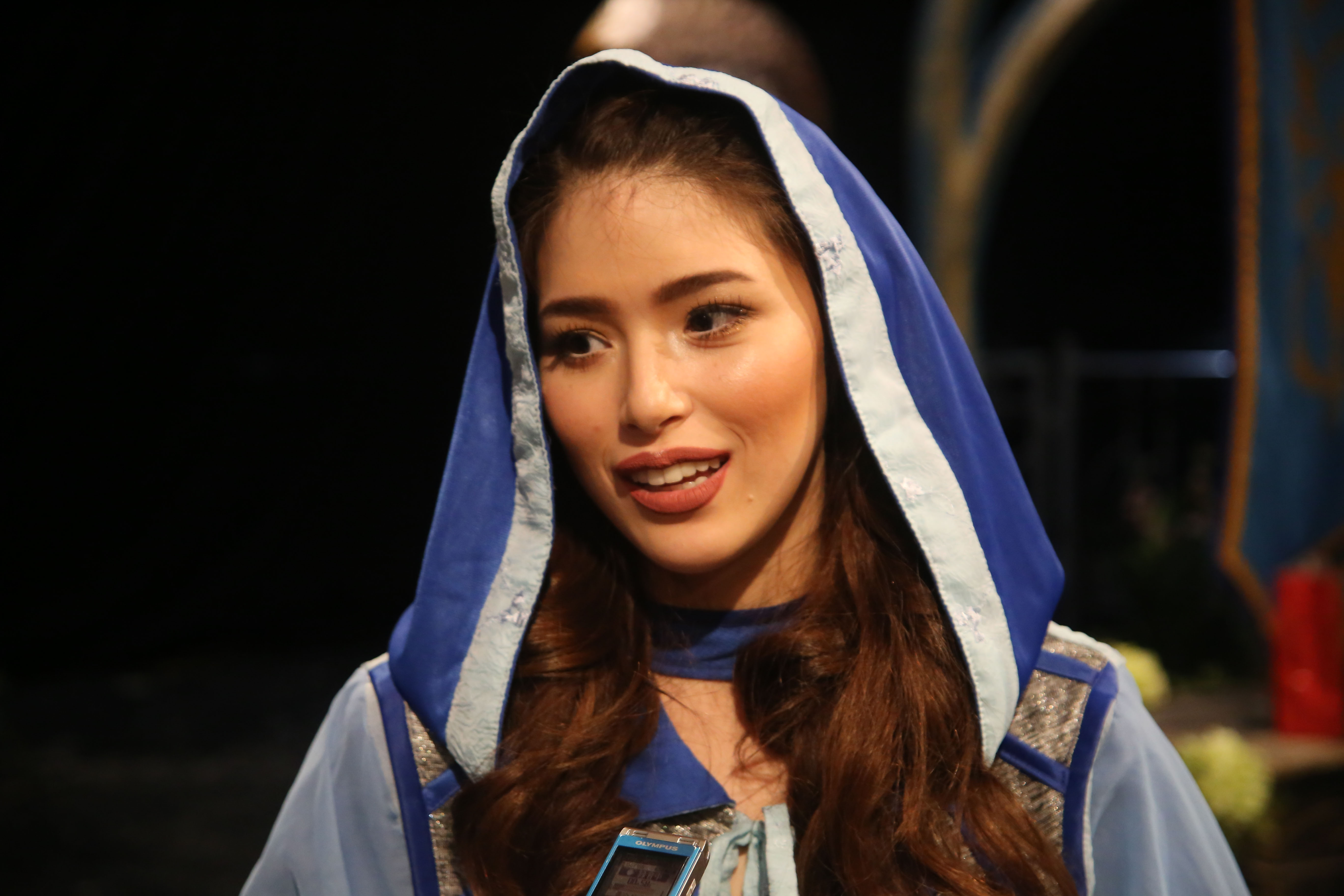 Now that Encantadia is finally back on TV again, Kylie said she is looking forward to how the fans would receive it.