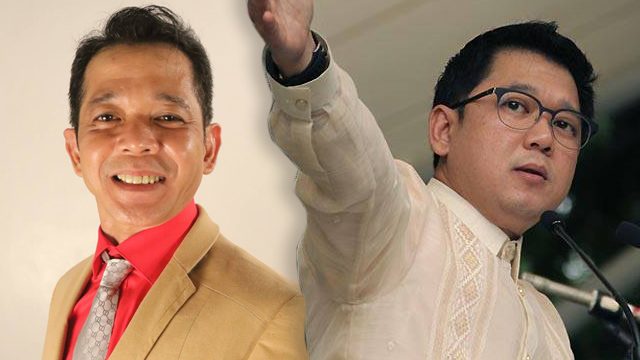 MANILA, Philippines – The Volunteers Against Crime and Corruption (VACC) filed several complaints against Quezon City (QC) Mayor Herbert Bautista and his brother QC 4th District Councilor Hero Bautista, in connection with the proliferation of illegal drugs in the city.

According to a GMA report on Friday, August 26, the VACC took the following complaints against the brothers to the Ombudsman:

This, weeks after Herbert admitted that Hero tested positive for marijuana and shabu (methamphetamine hydrochloride) in a voluntary drug test conducted in City Hall.

The Inquirer reported that the VACC also accused the brothers of violating the following:

In the Inquirer report, VACC founding chairman Dante Jimenez was quoted as asking why the drug problem in QC worsened despite Herbert’s 6 years in office. Herbert was reelected QC mayor in the May 2016 elections.

Jimenez also questioned why Herbert did not ask Hero, who is currently undergoing drug rehabilitation at a government center, to step down as a matter of “delicadeza.”

A day after news of the complaints, Herbert sent a statement from Oslo, Norway, saying that he would never be involved in the illegal drug trade. The QC mayor is in Norway to attend the Oslo round of peace talks between the Philippine government and the National Democratic Front.

As a result of the recently concluded first-round talks, an indefinite ceasefire will take effect starting Sunday, August 28.

In his statement, Herbert said, “He [Jimenez] is concluding that because the two generals linked in the illegal drug trade were former QCPD Chiefs, ergo the mayor is too.”

He continued, “Just for the record, I am not involved in choosing the district director of QCPD.”

“Because I am not technically involved in the affairs of the QCPD it is imperative that the district director is given full administrative and operational control over the QCPD’s rank and file,” Herbert added.

The QC governemnt, he said, still supports the QCPD’s efforts against drugs.

On Hero, Herbert said that their sister Harlene has been monitoring his progress in rehab.

Herbert added: “When this controversy arose, many were asking why didn’t I bother to scold [or] pro-actively take action about my brother’s drug use. Hero is 48 years old, has his own family, is independent from us. We barely see or talk to each other because we, as individuals, have our own set of lives and concerns. We only see each other on special family gatherings (which are few because we are a small family).

“I am proud of him because he is taking full responsibility for his actions. I believe he will also take/receive the consequences of his actions as well,” he said. – Rappler.com