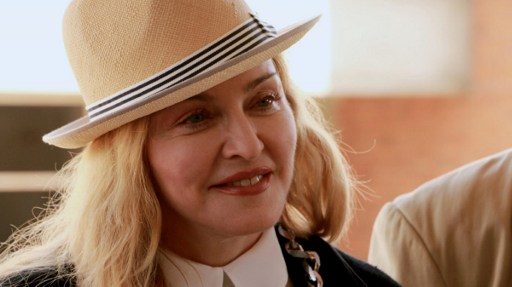 NEW YORK, USA – Pop diva Madonna has settled a bitter custody dispute with former husband Guy Ritchie, agreeing for their teenage son to stay in Britain with his filmmaker father, a US court says.

“Their custody case is resolved,” Lucian Chalfen, spokesman for the New York court where the divorced couple had fought for custody of their son Rocco, told Agence France-Presse on Thursday, September 8.

The custody agreement reached Wednesday, September 7 stipulates that the 16-year-old is to remain with his British father, according to US media reports citing Ritchie’s lawyer, Peter Bronstein. (READ: Madonna wants to ‘restore peace’ in son custody row)

Madonna, who wanted her son to live with her in the United States, reacted enigmatically on social media. The pop star posted a photo of herself on Instagram wearing a black hoodie with the word “bitch” scrawled across it in red. (READ: Judge urges Madonna to resolve custody dispute over son Rocco)

Madonna and Ritchie had battled for months for custody of Rocco in US and British courts.

Judges heard that Rocco remained in London with his father after a visit in December last year. Madonna wanted the teen to return to live with her in the State of New York.

The celebrity couple divorced in 2008 after eight years of marriage. Madonna aired her feelings about the painful end to their relation in her album MDNA, released in March 2012.