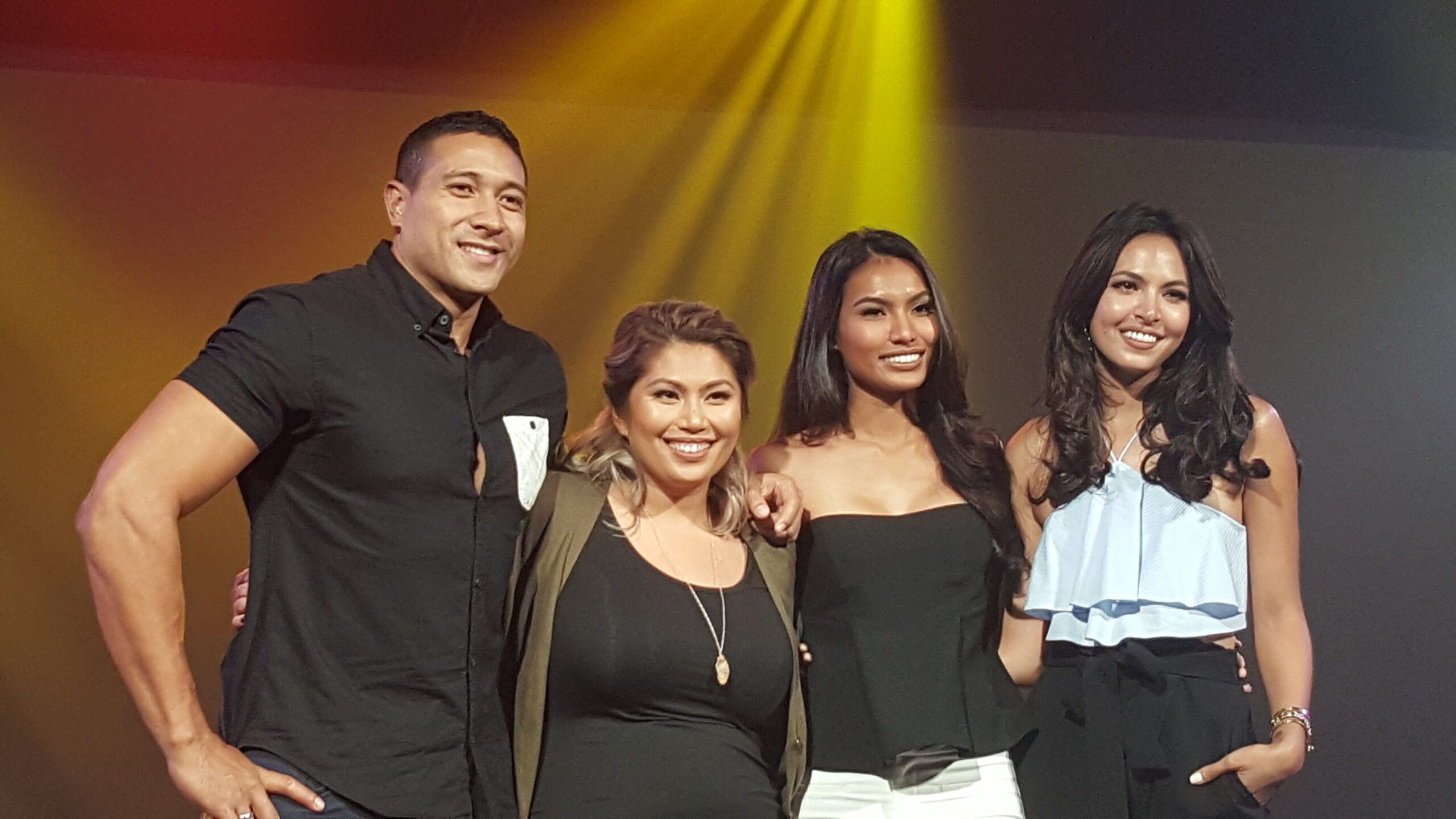 Here are a few things to know about the Philippine teams on The Amazing Race Asia season 5.

1. One of the reasons Eric and Rona joined Amazing Race was because they plan on having a child.

Do these adventurous soulmates have what it takes to win the prize of their dreams? Find out more about @eruption23 and @rownita here: http://bdj.bz/EricRona #TARAEricRona #AXNTARA

“And aside from that, my personal one is to break that stigma… a lot of women, especially the big women, to embrace themselves, and at the same time show to everyone, just because we’re big it doesn’t mean we can’t run or we can’t jump or we can’t do any other thing,” Rona said.

The two agreed that body-shaming is a big concern especially on social media. Eric said that there are times when he has to tell his wife to calm down when it comes to replying to people online.

“Everyone is entitled to their opinion. You don’t reprimand, but you can educate them maybe. But for me, that’s not the way I go. I just turn the other cheek and let it be, if there is any hate or anything that’s not so good. I’ll just act accordingly. My wife goes on there and puts on that personal blast, because that’s definitely her advocacy. She won’t tolerate that,” he said, adding that Rona does every now and then ignore the criticism.

Rona for her part said: “Sa akin na lang (For me) is first of all, I always try to think [that] you know what, there’s a reason why they’re hating on me. So I always tell people just because you do not feel so good about yourself, it doesn’t mean you have to make other people feel bad about themselves.”

3. They may already be married, but the two still learned a lot about each other and themselves as they ran the race.

Being given the opportunity to compete at The Amazing Race Asia and the chance to represent the Philippines is such an honor and a blessing… but the biggest blessing of all, is having @eruption23 as my forever teammate.. You & Me against the world (oh asia) my love #TARAEricRona #CoupleGoals #AXNTARA #TeamPhilippines #teampilipinas #amazing #AmazingRace #AmazingRaceAsia #asia #race #TARA #TARA5 #adventure #travel #travelgram #LDS #TeamLDS

“For me, what I found out about myself first was wow, I can hold my tongue,” Rona joked. “No, I do have patience pala if I choose to. And one thing that I did notice about Eric is that he’s very talented. Talented siya especially when he’s not distracted because siyempre (of course), it’s hard on your day to day life, you have cellphones, you have social media, everything else, and he’s a gamer. He actually plays online games and what I’ve learned is may advantage pala ‘yung paglalaro niya ng video games (there’s an advantage to him playing video games). Because he’s really good at figuring things out like patterns, ang galing niya (he’s great).”

Maggie was Binibining Pilipinas World 2007, while Parul was Bb Pilipinas Tourism in 2014 and represented the Philippines at the Miss Grand International 2015, where she placed 3rd runner-up.

5. It was Maggie who wanted to join the race first.

“When they [my friends] were doing the race, they were doing viewing parties at the house, siyempre naiinggit ako (of course I got jealous),” Maggie said. “Sabi ko (I said), I want to experience that. So when the race came back after 6 years, sabi ko (I said), this is it, this is my chance. So that’s why I wanted to do the race because why not? I don’t know anyone na ‘pag sinabi mo (that if you said), ‘I’m doing the Amazing Race,’ they would’t [say], ‘Oh my God!’ This is my dream, I want to do that. We have a lot of friends who want to be in their shoes as well.”

The friends she was referring to include TV hosts Rovilson Fernandez and Marc Nelson.

6. Maggie asked Parul to be her partner.

Parul agreed to join the competition because she was going to be with Maggie, her best friend and one of her pageant mentors.

Can these beauty queens win The Amazing Race Asia? Follow the link in our description to find out more about @wilsonmaggie and @parulshah88 #TARAMagParul #AXNTARA

7. Parul and Maggie aren’t the only beauty queens in season 5.

When asked about having another pair of former title holders, Maggie said: “Funny enough, they’re also very much like us. Chill lang din sila na beauty queens. (They are just chill beauty queens) They’re not maarte (high maintenance). They’re not what people perceive a beauty queen to be. Like I said in one of the early interviews, they’re going to see a different side to Parul and I in this race. And hopefully, we get to change the perception of beauty queens during the course of the race.”

8. They may be best friends, but both Parul and Maggie agreed that their patience was tested during the course of taping the competition.

“One of our rules was we should never fight,” Maggie said.

“If anything, if we do get frustrated, let’s talk it out. It’s better talking things out…” Parul added.

“Or don’t get mad na because if you get mad, you won’t be able to do the task at hand,” Maggie said.

“The race taught me that I was a lot stronger emotionally,” Parul also said, though Maggie added that she saw a “beast” side of her friend during the show.

Who would you choose to be your partner if you joined Amazing Race? Let us know in the comments! – Rappler.com