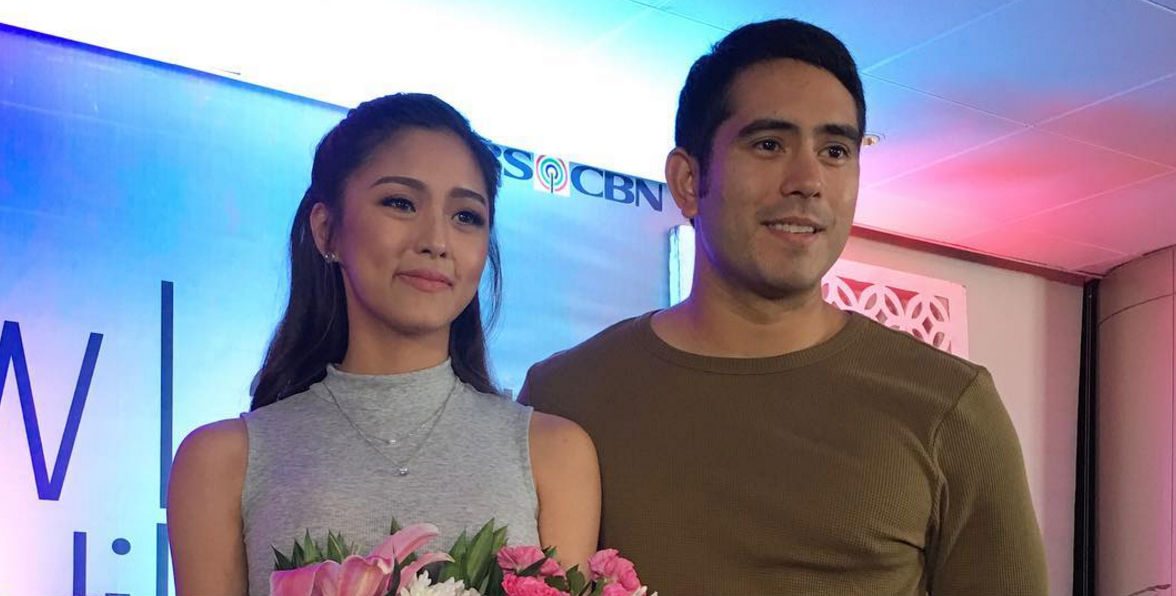 MANILA, Philippines – Exes Kim Chiu and Gerald Anderson are going to star in a new TV project together! The two will lead the cast of a new drama entitled Ikaw Lang Ang Iibigin.

In an interview with press, Gerald was asked what’s he looking forward to with his reunion with Kim.

(I’m very excited to see… I’m sure up to now she’s still like that, she loves her work so much. Her dedication is something, sometimes she’s much happier at tapings than going out. That’s her outlet.)

Meanwhile, in a report from Pep, Kim admitted she was initially reluctant to accept the project.

“Siyempre ‘pag um-oo at ako humindi, may reaction ang mga tao,” she said. (Of course if it were a yes and then I say no, people will react.)

Meanwhile, according to a report from ABS-CBN,  Ikaw Lang Ang Iibigin will revolve around 3 triathletes of very different backgrounds. Other details have yet to be announced.

Kim and Gerald last worked together in the movie 24/7 in Love in 2012. After their breakup, Gerald started dating Maja Salvador, which became an issue for Kim as she was close to Maja. All 3 have since moved on. Gerald and Maja broke up last year. (READ: Kim Chiu on Maja, Gerald issue: Why hold a grudge?)

At the recent Star Magic Ball, Kim and Gerald attended with their respective dates – Xian Lim with Kim, and Bea Alonzo with Gerald. – Rappler.com