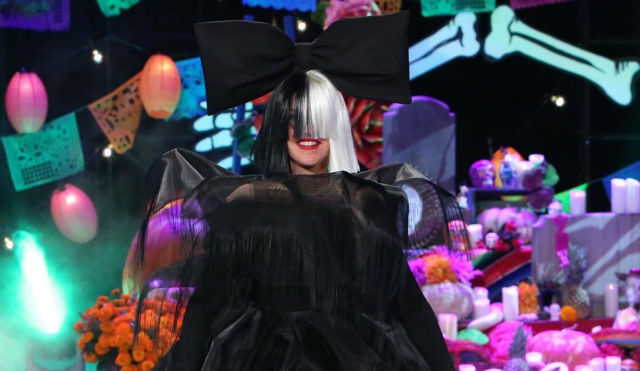 MANILA, Philippines – TV host Ellen DeGeneres loves dressing up during Halloween – remember her “Kardashian” outfit? For this year, Ellen decided to come as Sia in her show, which airs on October 31.

Here’s half of my Halloween costume. Sia the rest tomorrow.

And of course, Ellen had to have her own Maddie Ziegler in Project Runway host and model Heidi Klum, who gamely interpreted dance moves as Ellen lip-synced to “Chandelier.” 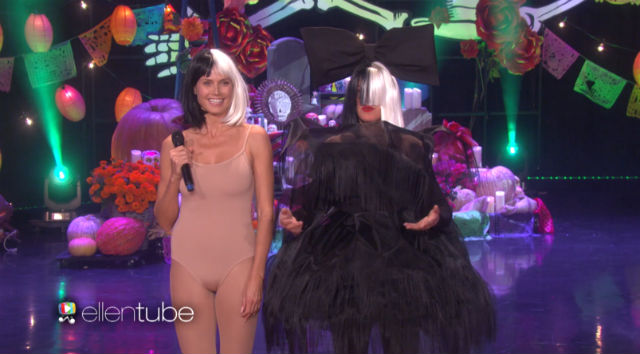 Check out some of Ellen’s costumes in the past years in her show.

#TBT to some of my favorite Halloween costumes. You know what they say… go big or go home.

Check out this video where Ellen dressed up as Amal Alamuddin, complete with a George Clooney doll.

Check out the time she transformed into Nicki Minaj.

And that time Ellen wore a princess-inspired outfit in the show.

And check out Ellen as Sofia Vergara with a special appearance by the Modern Family star herself on the show.

What did you think of Ellen’s costume this year? Let us know in the comments section below. Happy Halloween! – Rappler.com