Feb 15, 2012 10:20 AM PHT
Facebook Twitter Copy URL
Copied
Chronicle dabbles on the concepts of hubris and the apex predator 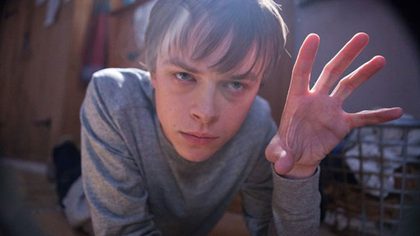 MANILA, Philippines – Contrary to its circulated background info and what other reviews have pointed out, Chronicle is not necessarily a “found footage” movie the way, say, 1999’s The Blair Witch Project purportedly was.

While majority of the 2012 flick was shot home-movie style via the camera of its lead character, director Josh Trank’s agenda seems more about using anything but professional movie cams, as Trank and lensman Matthew Jensen later on employ closed-circuit and network TV-style footage as well.

This whole cinematographic scheme is part of what comes off as Trank’s larger game plan with co-scripter Max (son of John) Landis: of turning superhero movies on their head in several ways within a crisp 83-minute blitz. The whole faux non-pro camera work (not as motion sickness-inducing as most of Chronicle’s predecessors, thank goodness) is actually a stab at keeping the flick more life-like, lending the film’s bounty of special effects a realism that makes Trank and co.’s visual trickery all the more stunning.

Even the casting is atypical, too, as the lead trio of Dane DeHaan, Alex Russell and Michael B. Jordan hardly ring any bells among local viewers. (A few might recognize Jordan, he of the TV series Friday Night Lights, and Michael Kelly, who plays an abusive, drunkard dad, from the remake of Dawn of the Dead.)

The Chronicle makers’ creative subversion extends to the story itself, though not necessarily from the get-go. 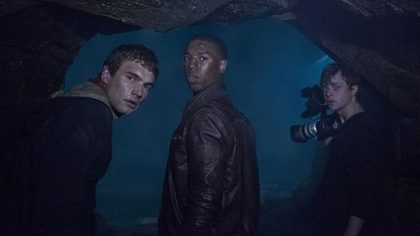 Three high school boys in Seattle stumble upon a strange, crystalline behemoth underground, an encounter that somehow gifts them with telekinetic powers to make things, including themselves, float and fly. (In a nifty jab at politically incorrect past flicks, there’s a bit in Chronicle where the African-American among the three super-boys liberally moves a parked car without being behind the wheel, prompting one of the other two to quip, “This time, it was really the black guy.”)

For a while, Chronicle depicts the unique bond forged among tight friends, that barkada spirit which cannot be had from one’s relationships with relatives, lovers or lesser friends. When the 3 discover that they can literally soar and remain among the clouds, it’s symbolic of the unmistakable high from shared high school-age escapades.

The third act delivers a climax that gives an ethical twist to the idea of a protagonist: junking the great-power-comes-with-great-responsibility high road of most superhero fanfare, Chronicle instead goes for a downward spiral for its own hero, consequently offering a caveat that humans cannot be supremely powerful. (In another ribbing, this time at Spider-Man itself, a crawling arachnid gets telekinetically lifted and cleanly pulled apart.)

Chronicle likewise dabbles on the concepts of hubris and the apex predator and gives a nod to philosopher Arthur Schopenhauer, although these are momentary excursions that viewers can instead resume after seeing the movie.

While some may pooh-pooh Chronicle’s climax, a smash-’em-up confrontation that might remind an elder moviegoing generation of Superman II but which may be dismissed as so much childish slam-bang, it is at least not in the same vein as mindless disaster flicks, where infrastructural mayhem abounds but with little regard for onscreen casualties. (In one gripping but dazzling moment, an aerial “news TV” shot shows a ring of police vehicles surrounding the “bad guy,” whose pent-up hatred empowers him to push the cops and their cars back simultaneously as if a bomb had detonated right before their eyes.)

Ultimately, Chronicle, down to its perplexingly simple title, subverts the very notion of moviegoing in this day and age.

At a time when inevitable blockbusters are preceded by so much marketing hoopla that induce jadedness or mask an inferior production, there is room for an unheralded film to come out of nowhere and be a pure and rewarding theatrical joy to behold. – Rappler.com 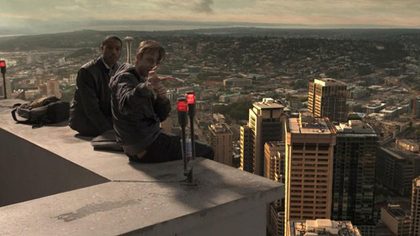