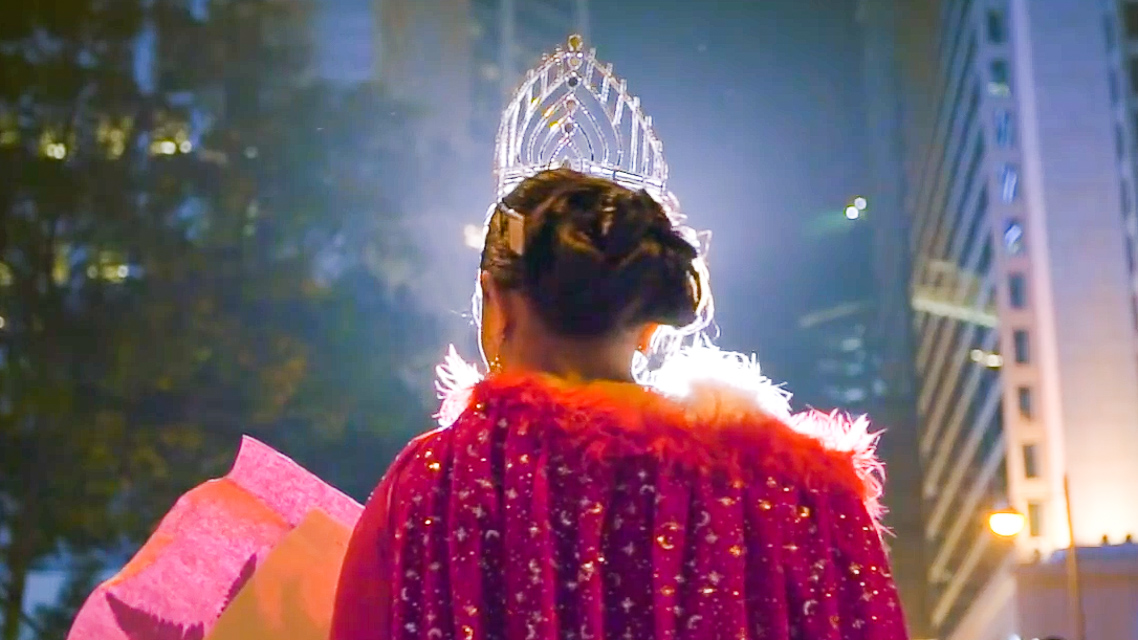 MANILA, Philippines – Since the lineup of films for the 2016 Metro Manila Film Festival (MMFF) was announced, movie buffs have expressed excitement for the diverse set of projects to be shown at this year’s festival, among them, Sunday Beauty Queen – a rare documentary joining the other 7 films in this year’s slate. 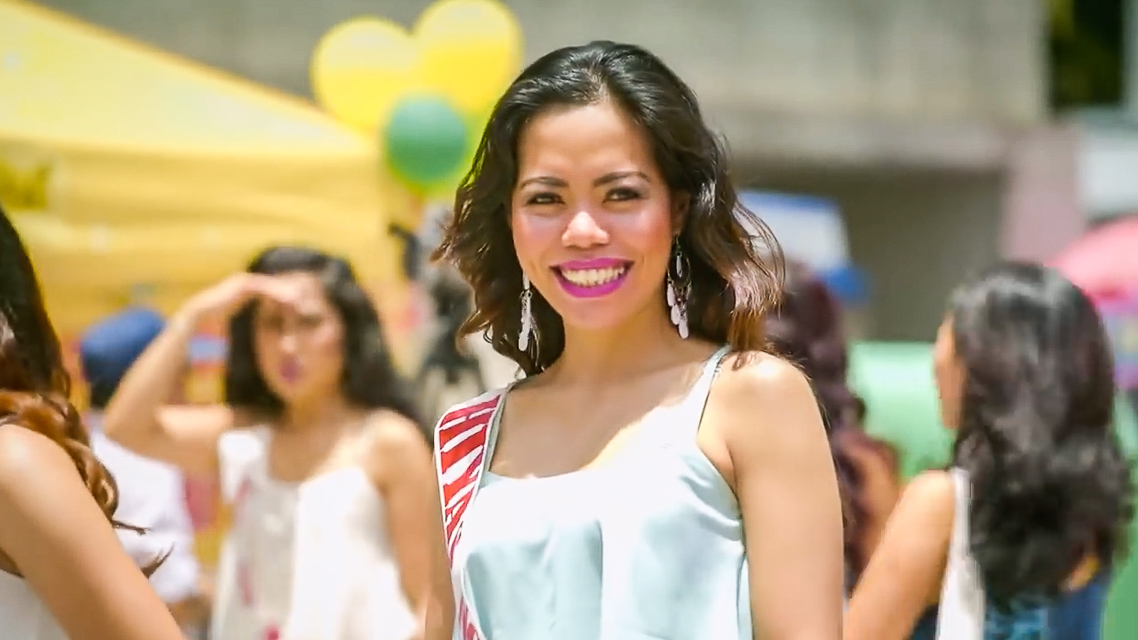 Sunday Beauty Queen follows the stories of overseas Filipino workers (OFWs) in Hong Kong, who work for a better life for their families. It also focuses on these workers on their one day off in the week – Sunday, which is also when they have a chance to let their hair down and participate in preparations for a beauty pageant.

Let’s get to know more about the film, directed by Baby Ruth Villarama.

1. The film was 4 years in the making. During the press conference, direk Baby Ruth Villarama together with producer Chuck Gutierrez, executive producers Fernando Ortigas, E.A Rocha, and Vincent Nebrida said that it took 4 years to finish the project because they were going back and forth to Hong Kong to shoot the film.

“Four years po.We spent two years raising [funds] and researching and doing our immersion with our subjects, with our OFWs. As in every Sunday, we really tried our best to eat with them, spend time with them and get to know their story, which I think research is very important if you want to understand them as house helpers.

“And then the next two years, that’s the time when we shot them. So we tried to be there every, during their mini-pageant,” Baby Ruth said.

She added: “The beauty pageant has been ongoing since 2008 kasi it’s their way of helping each other and supporting each other. They are organizing mini pageants for Miss Luzon, Miss Visayas, and Miss Mindanao spread throughout the year. And pag-Philippine Independence Day on June 12, that’s the grand finals [or] coronation night for Miss Philippine Hong Kong Tourism.” 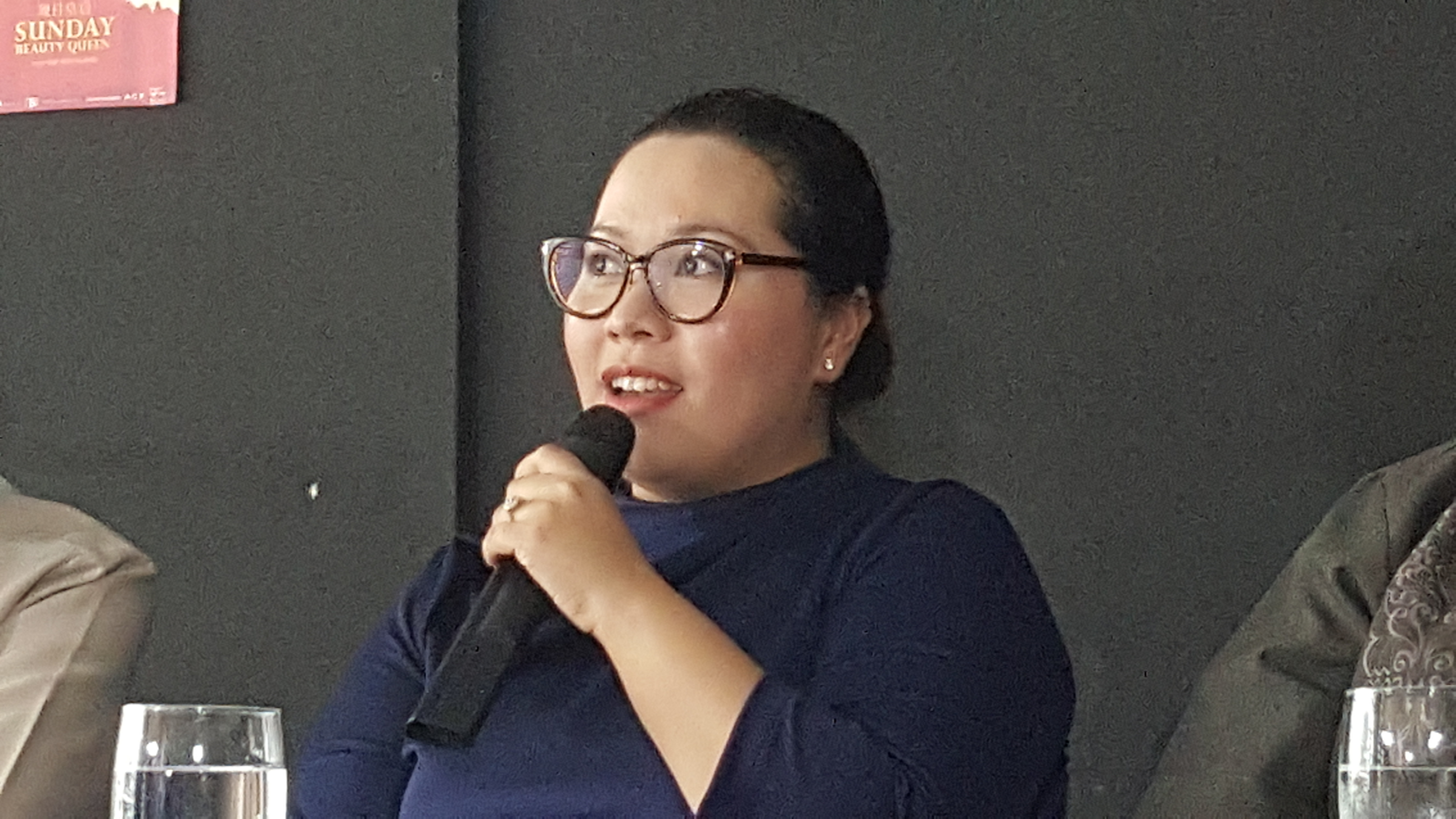 2. The project is very close to Baby Ruth’s heart. Baby Ruth was asked if her working on the film was inspired by anyone’s story in particular.

“My mom was once a domestic helper. So I guess you can say it’s something personal as well,” she said. “But of course you also want to understand this phenomenon. I’m also a journalist so from time to time, nakikita natin talaga sila (we see them all the time).

“When we spoke with the consulate in Hong Kong problema talaga ang funding, papaano ba matutulungan yung mga Filipinos who are in bad condition,” she said.

(When we spoke with the consulate in Hong Kong, one of the problems is really funding, how do we help Filipinos in bad conditions?)

3. The film is also backed by the producers of Heneral Luna. Artikulo Uno, the production company behind the hit Heneral Luna, starring John Arcilla, is among those those supporting the project, along with Tuko Film Productions and Buchi Boy Entertainment.

Fernando Ortigas, one of the producers, talked about how impressed they were when he and the group saw the film.

“When we all saw it, they presented to us the short version…I think they were coming out with a half hour version and when we saw it, we were impressed…this has a story behind it,” he said.

Solar Entertainment will distribute the film. 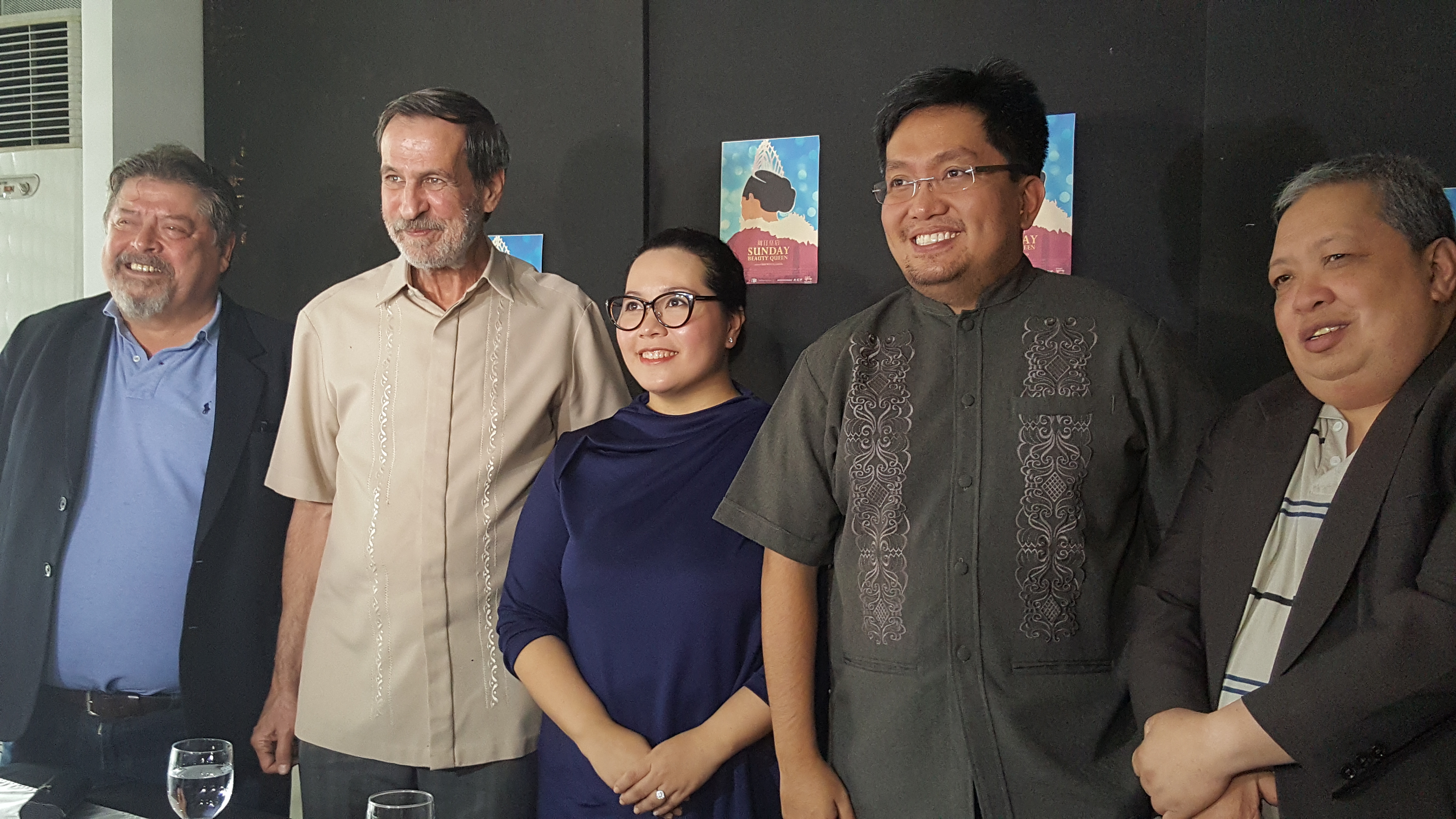 4. Sunday Beauty Queen is the first documentary to be part of the MMFF.

When asked for her reaction about being the first documentary to be part of the MMFF, direk Baby Ruth said: “It was really surprising, kasi (because) we didn’t really expect it. It was Chuck [Gutierrez, producer and editor of the film], who said ‘let’s just try.’ Wala naman mawawala. (there’s nothing to lose.)

“We have a good film and there’s no other perfect time but to show this film but on Christmas Day, because a lot of Filipinos are going home this Christmas, and our subjects mainly come from Iloilo, General Santos, Ilocos, as far as those regions in the Philippines. And they are asking us, I hope our families can see this. Because they are very proud of what they’ve done,” she said, adding that all their families knew was that they were working as domestic helpers – but they haven’t yet see them in this way, as beauty queens.

According to Baby Ruth, some tourists would even come to where the Filipino OFWS were just to see what the beauty contest was all about. Baby Ruth even said that they even saw politicians like Mar Roxas and Bongbong Marcos while doing the film. 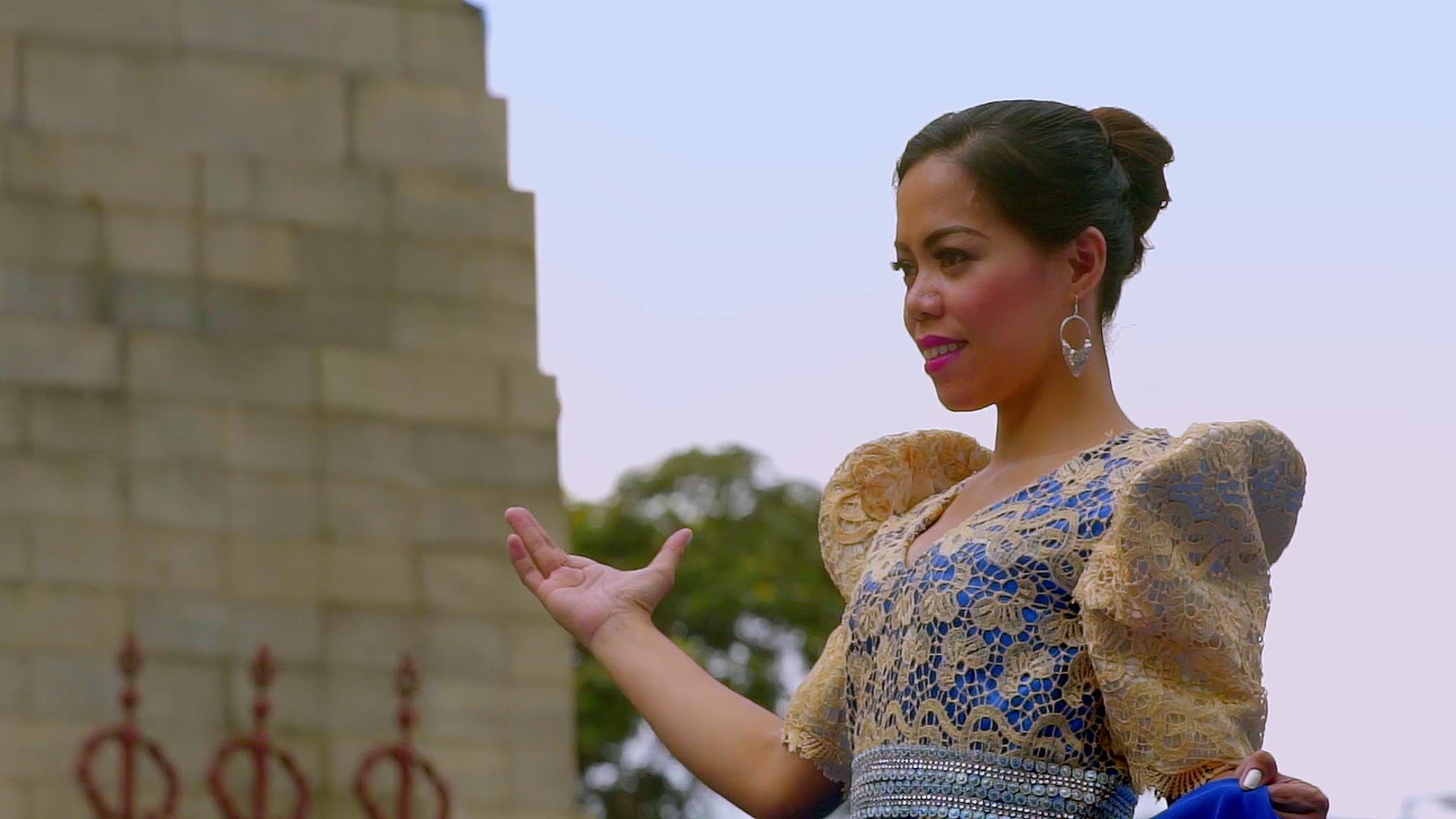 5. On the independent film scene, reaction to Mother Lily comment

Direk Baby Ruth shared to everyone that when the other documentary directors found out that Sunday Beauty Queen made into the Magic 8 of the MMFF, many of them were emotional.

(They were getting teary-eyed with happiness because for the first time, they realized that there’s a chance for documentary films to have an audience.)

Baby Ruth said it was not about her anymore, but about recognition of documentary filmmakers. She also that it was time to give other filmmakers and producers a chance.

“It’s about time you know that we open the gates kasi wala naman talaga (there should be no) line dapat. It’s about quality films, it’s about good films that we can share to the people,” she said.

She was also asked about the comment of Regal Films producer Mother Lily Monteverde, who said that there is a time for independent films but not during the Christmas season.

“No, I’m not offended. I respect her opinion. And it’s in part that Mother Lily is my first producer of my first documentary film, she supported it. She’s also an indie producer.

“I have no comment on that. We’re just happy that we’re in and I just hope that these magic 8 films will be given a chance,” she said. – Rappler.com