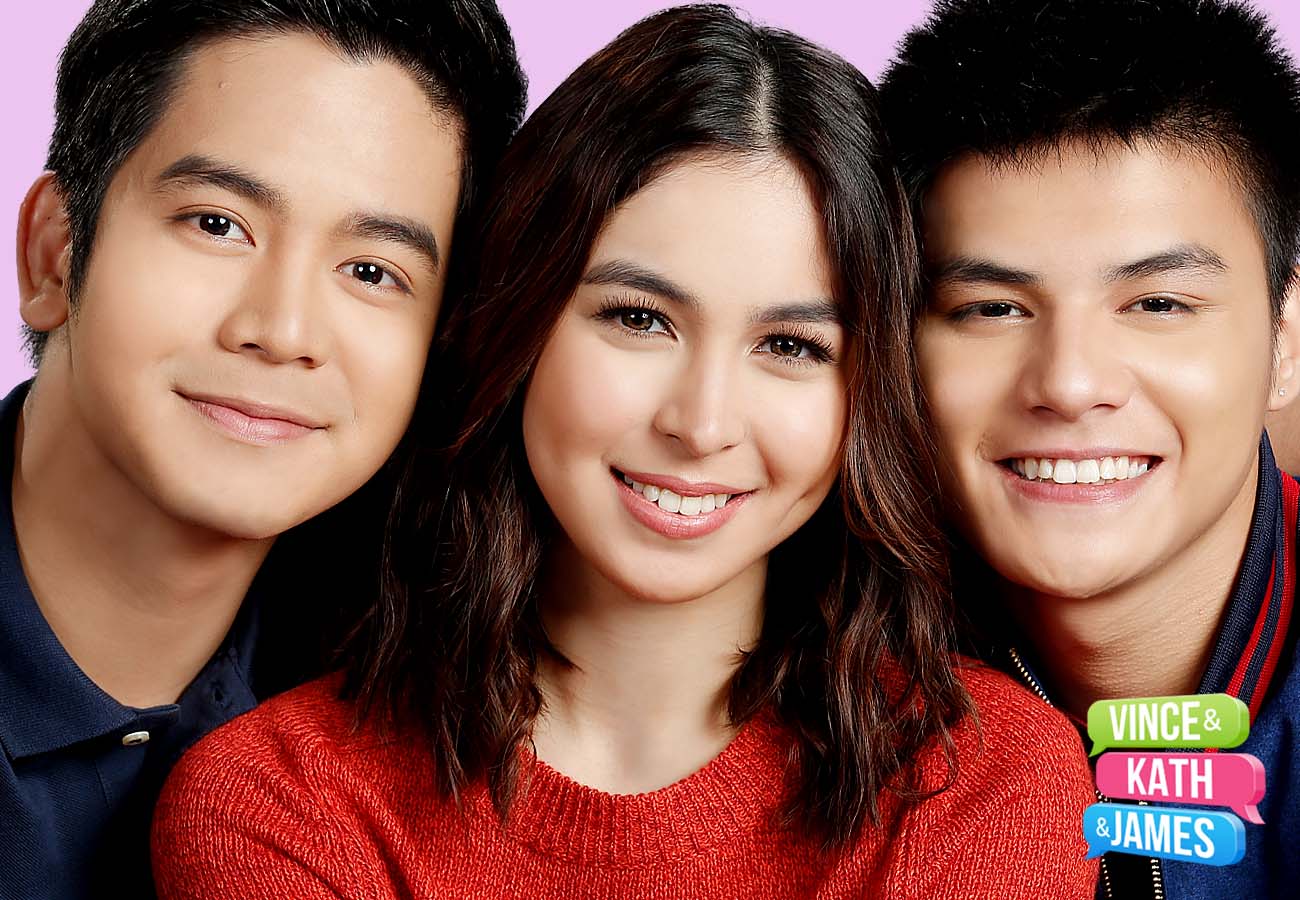 MANILA, Philippines – Star Cinema is known for offering family and comedy films during Christmas season. But for this year’s Metro Manila Film Festival (MMFF), they are offering up a story on today’s millenials, seen from the messages exchanged through cell phones and social media.

Vince and Kath and James is based on the popular online series called Vince and Kath. In the film, Vince (Joshua Garcia), an electrical engineering student, struggles with his feelings for his good friend Kath (Julia Barretto), sending it through text messages instead. Things however become complicated when he seeks the help of his cousin James (Ronnie Alonte), who also starts to like Kath. 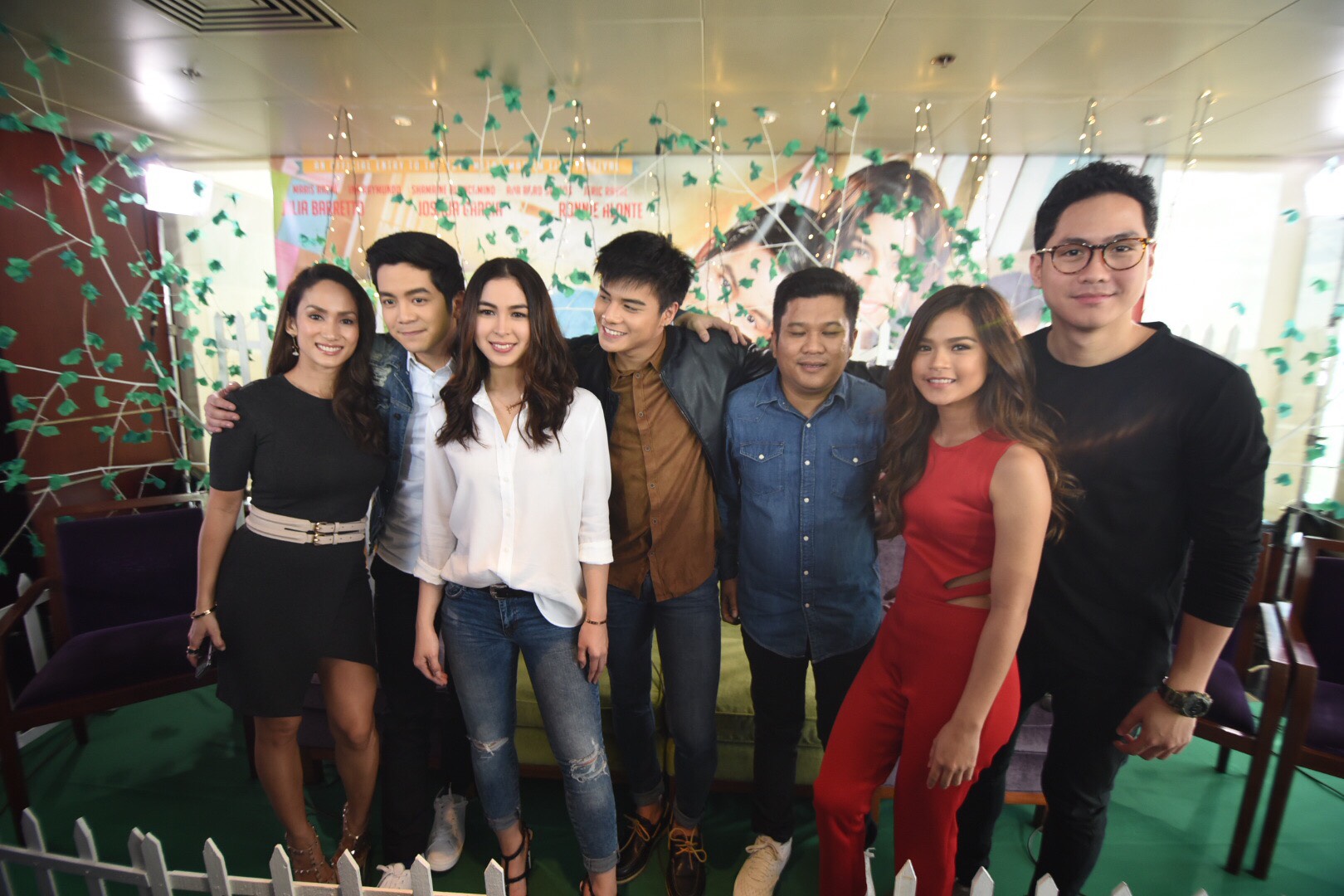 In the original series, the story was about Vince and how he reveals his feelings to Kath through their exchange of the text messages.

Here are some facts about the movie and the stars of the film.

1. Director Thedore Boborol and Julia Barretto on Vince and Kath and James being a potential a top grosser. Director Theodore “Ted” Boborol was asked to comment about the possibility that the movie can be one of the MMFF’s potential top grossers. Direk Ted, who is known for shows such as Be My Lady and Annaliza, said:

(Of course when we made this film, we never expected that we will be part of the MMFF. Second, the fact that they are predicting we might be one of the top grossers, we would rather not entertain that thought because we will come off very arrogant.)

(We are happy that the MMFF accepted our entry and we want to show the happiness we are feeling to the viewers.) 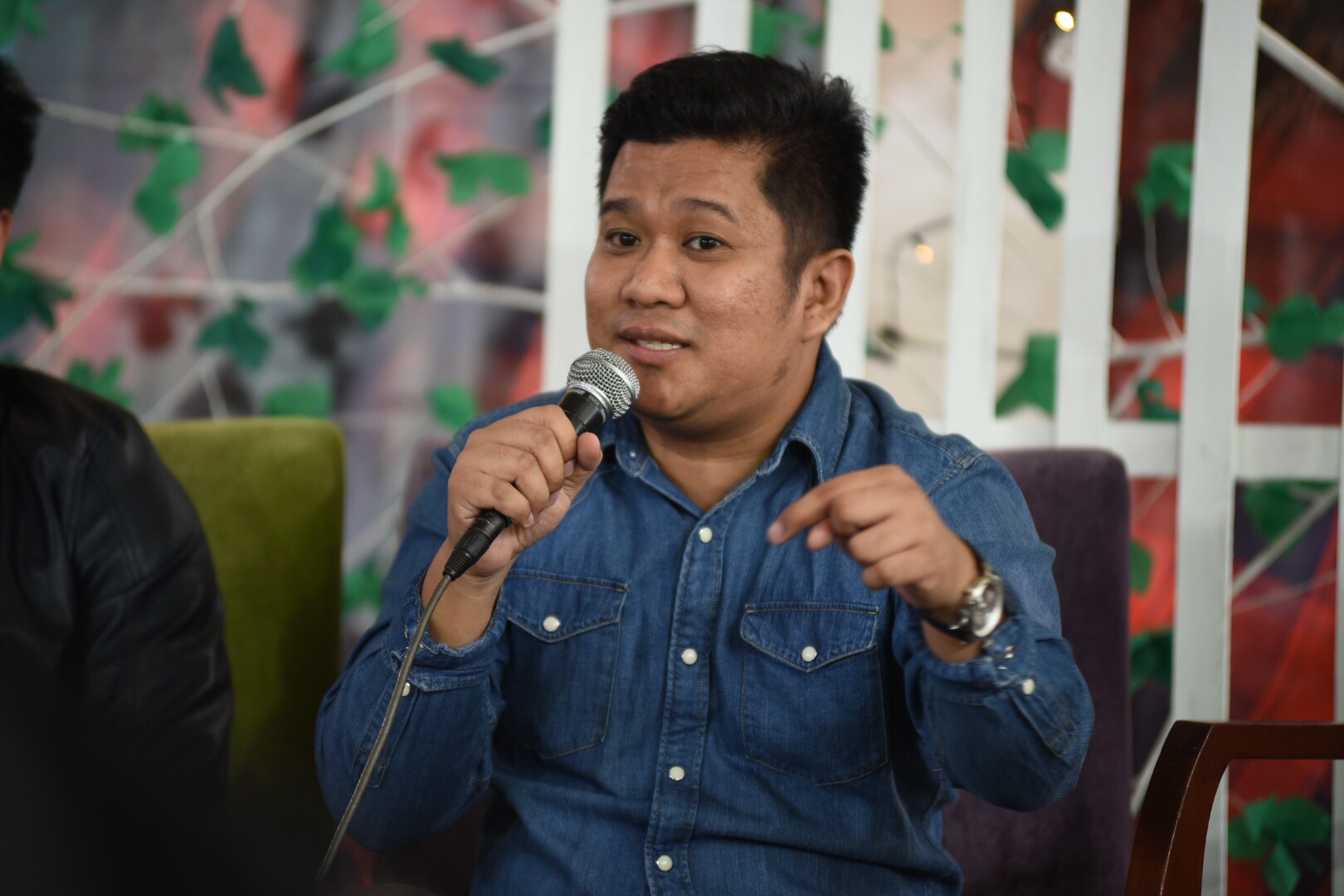 (At this point, I’m very happy that we’re in the MMFF. Never in my wildest dream. [This is a ] dream come true for us. Since that’s how they [the people] are thinking, of course we are embracing it. We are very thankful but of course, that’s also our prayer and we hope everyone will support all the films.)

2. This is Julia Barretto’s first time to work with Ronnie Alonte and Joshua Garcia.

(Actually, this is the first project that I will have with Ronnie and Joshua and our first time to be in one project. I’m so happy, very happy because I was able to build a relationship and bond with the two boys, and they are so easy to work with.)

(And there’s no problem on the set, that’s important I guess because of the friendship. I guess it’s the best foundation to create a chemistry. I’m very happy all 3 of us were able to bond.)

(Kath here is very simple, very boyish and she’s not very soft here. But when it comes to love, that’s when she softens.) 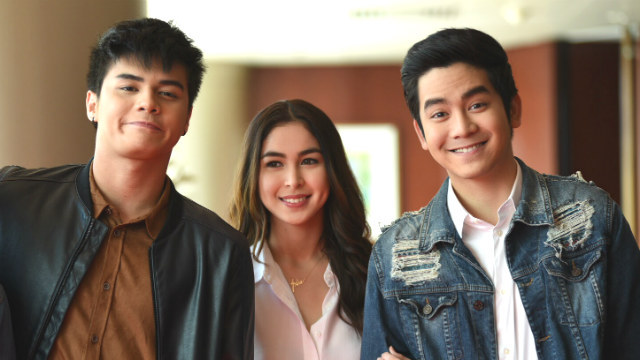 Julia has previously been paired with other leading men such as Enrique Gil, Iñigo Pascual, Sam Concepcion, and Kenzo Gutierrez on TV shows.

The tandem of Julia and Ronnie will also be tested in the upcoming ABS-CBN drama A Love to Last starting January 9.

(I guess I’m happy, and very flattered in my heart, that they are saying that I am the next John Lloyd Cruz. Actually, I get giddy when they call me that because John Lloyd is really my idol. And to reach even a quarter of what Kuya John Lloyd has, I hope to reach it as well.) 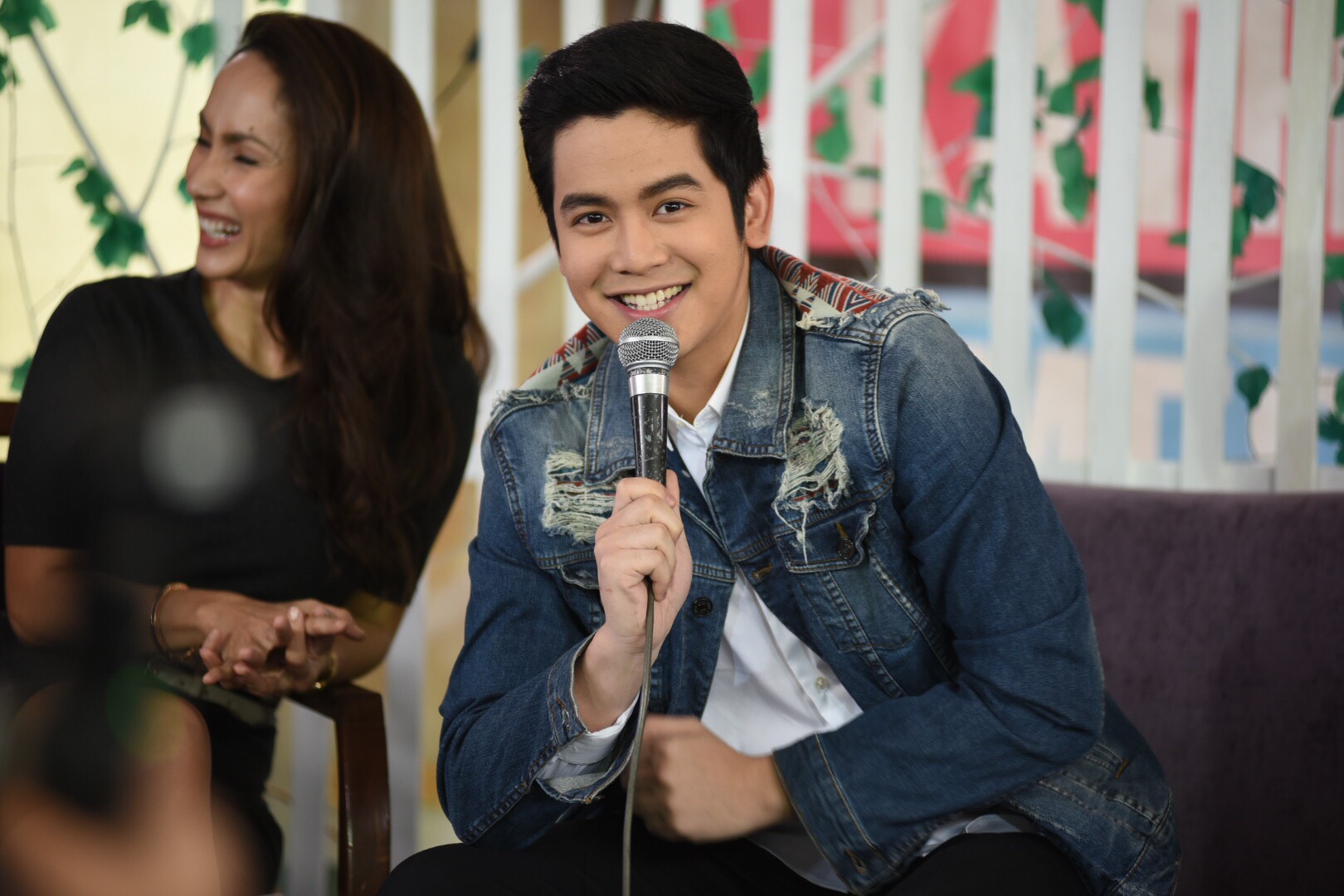 4. Ronnie Alonte is in 2 MMFF movies. Ronnie Alonte found himself starring in not one but two films that are part of the film festival. Aside from Vince and Kath and James, Ronnie part of Erik Matti’s Seklusyon.

During the press conference, Ronnie was asked to comment about his involvement in two films.

(I did both this film [and Seklusyon] at the same time and I’m happy because I did not expect that both films will be part of the Metro Manila Film Festival.) 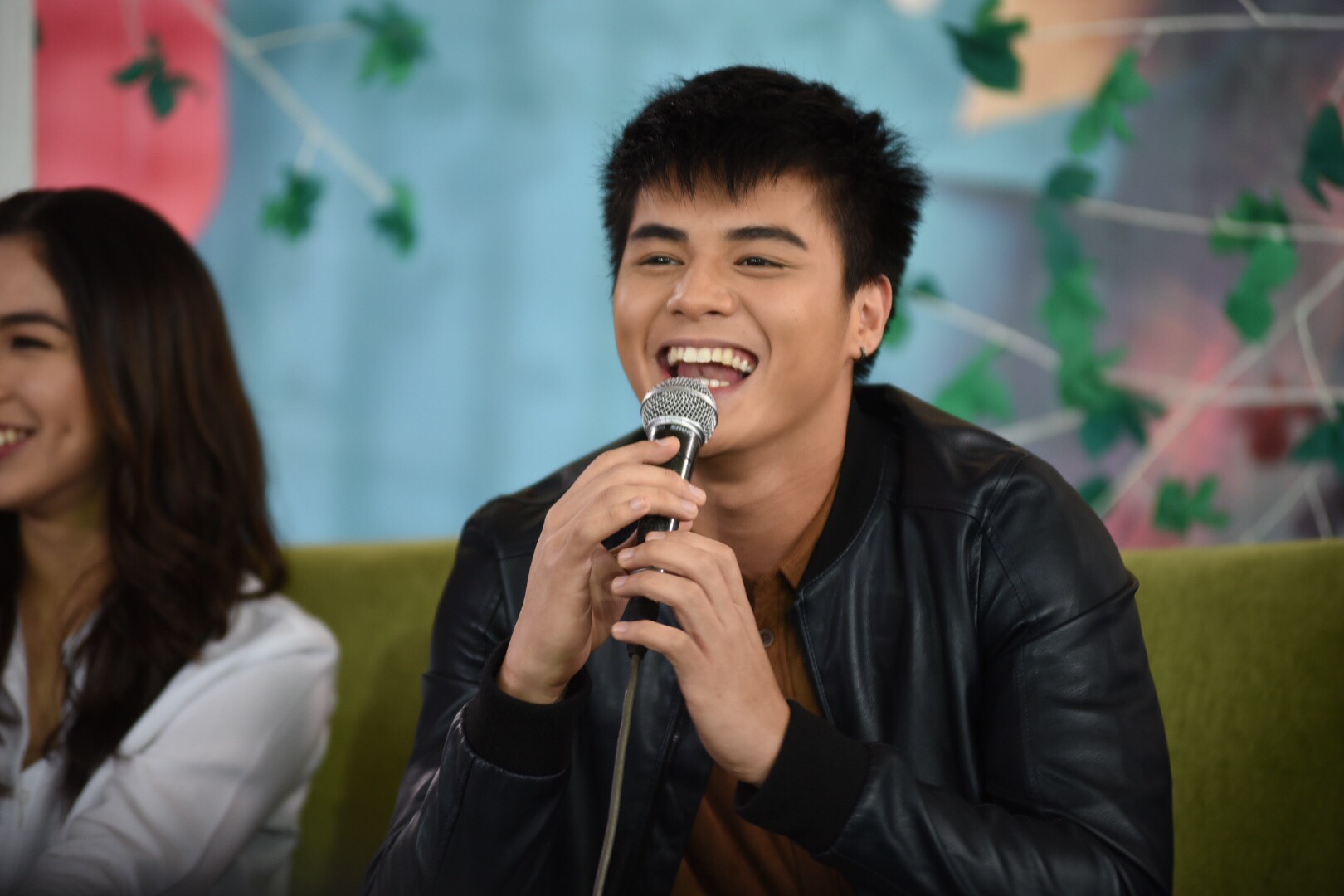 Although he’s busy with his film and TV career, Ronnie clarified he will not leave the Hashtags.

(No matter what happens, I told them, even if I’m busy, I’m not with them all the time, I’m still there. When my schedule is open, I will still go with the Hashtags and dance.)

Although they are modern girls, Julia and Maris Racal, who plays her best friend Maxine, said they still believe in the tradtional ways of courtship, where it’s important to get to know each other’s families, though of course, dating in modern times now involves texting and social media.

(For me, I’m for traditional courtship that has a hint of the millenial way. Because for me, texting is also a big help. Because if you text each other, it’s like you have your own world and you also feel those giddy feelings, and it adds to it when you see that person.)

(But of course when it comes to courtship, I want it to go through the parents, the sisters. It’s like he will go through a lot of people before me.)

(And I want that he’s my friend, that I know him, but I also want to see his effort, like he really likes me and he will visit me at the house.) 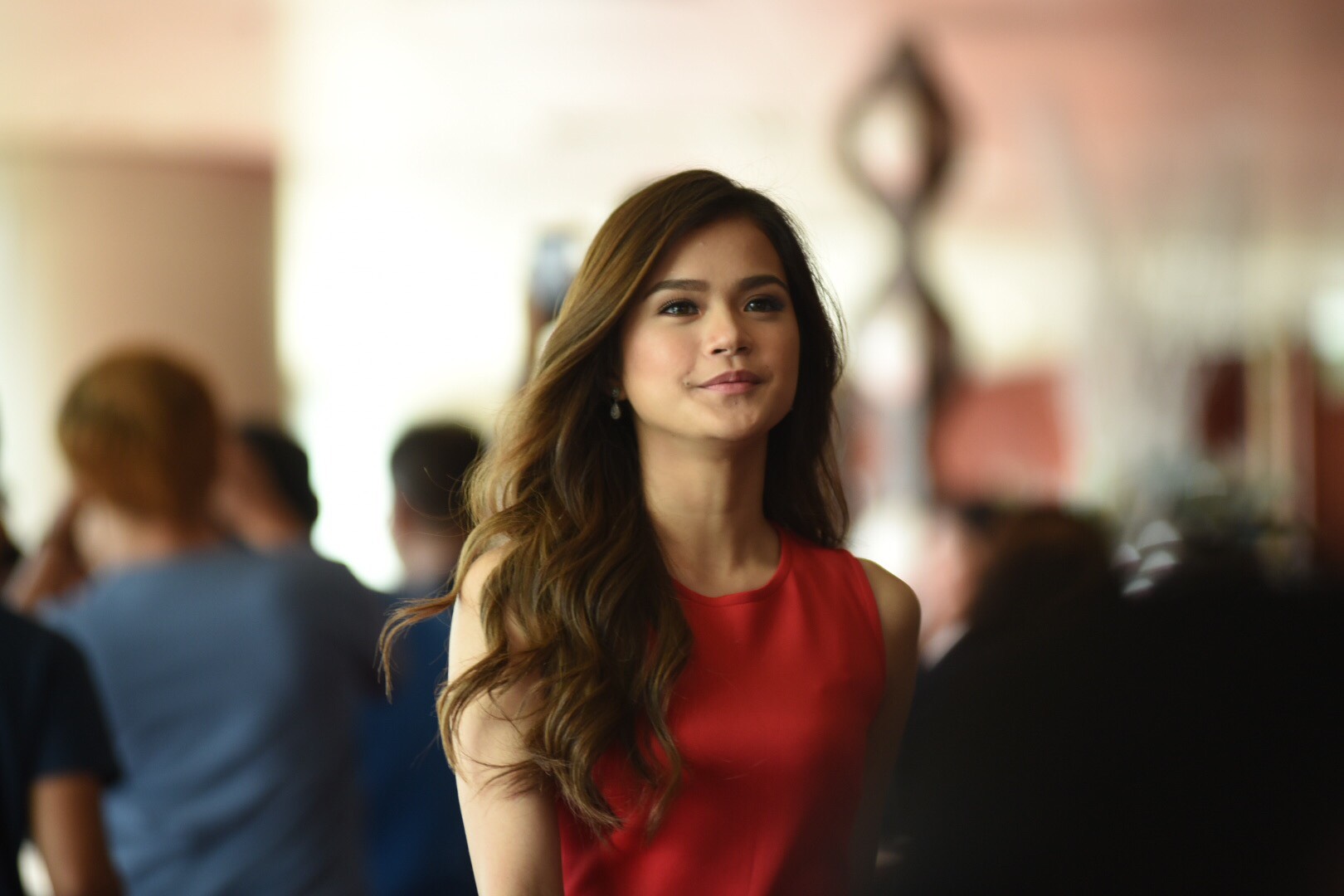 (I agree with Maris. Traditional courtship is nice but it should be more casual, and not like ‘you’re too much.’ Traditional is okay and it’s also okay with what our generation is doing now because with texting, it’ll really get you giddy…like the simple ‘are you okay at work…’ it means the guy is really thoughtful. He cares what’s happening in your life. 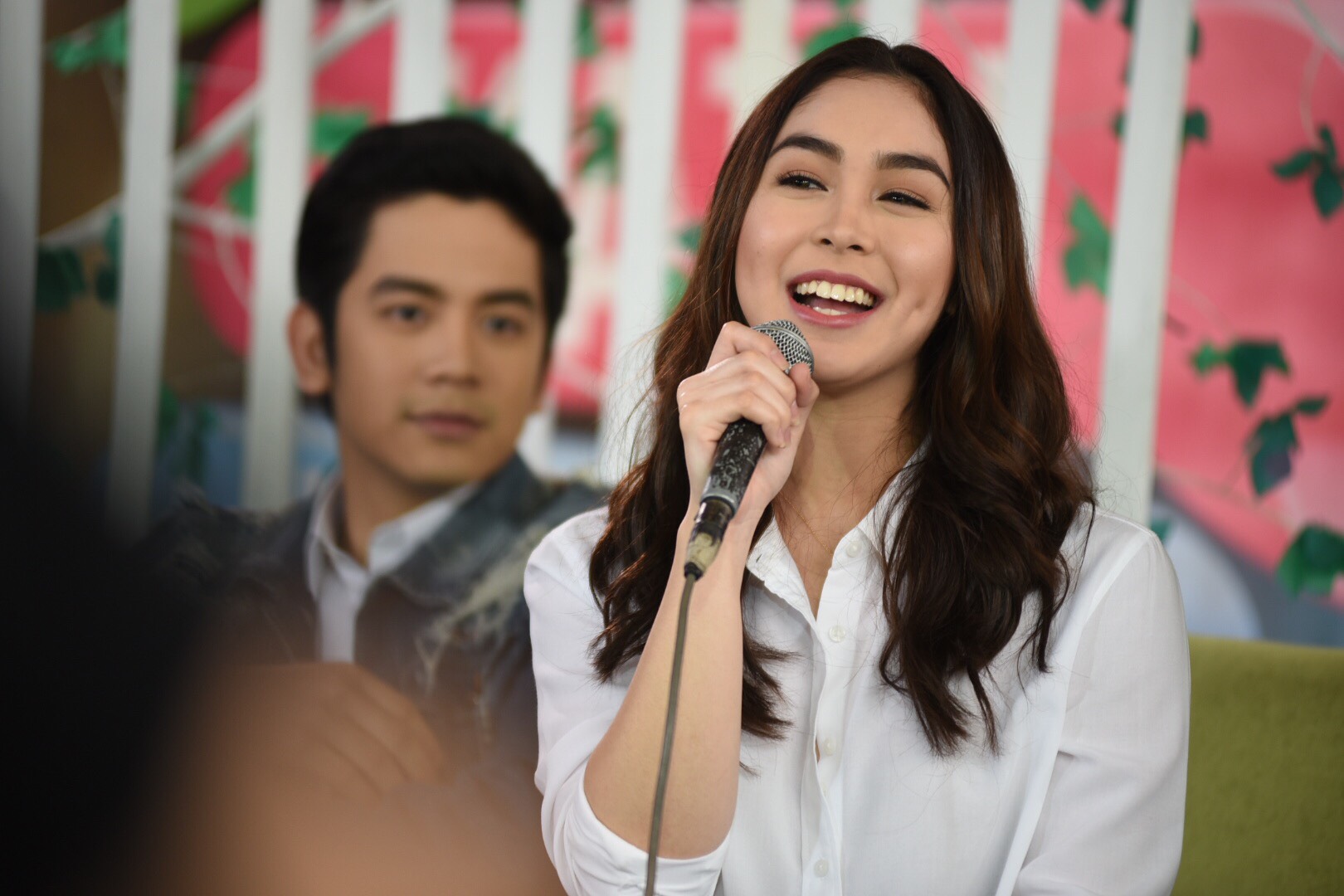