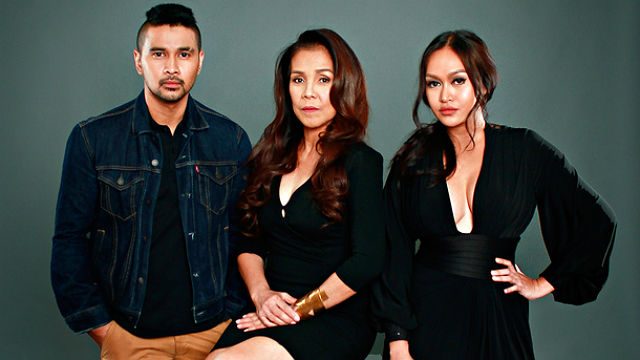 MANILA, Philippines –The director and executive producer of the movie Oro released a statement after the movie received complaints regarding a scene in which a dog was killed.

A number of viewers took to social media to complain about the said scene.

In the statement posted on the movie’s Facebook page, director Alvin Yapan denied that they killed a dog for the movie. He said the scene was based on the testimony of a witness and that he never asked an actor to kill a dog in the film.

(There are two aspects to the issue. First on the subject of the film. I did not invent the metaphor of killing a dog just for the movie to be talked about. It’s in the testimony of the witness in the Gata 4 Massacre that he went to the Patrol Kalikasan to pay for killing a dog. Because Patrol Kalikasan eats dogs as part of tradition when drinking in certain provinces in the country.)

(Second, it’s not true I ordered an actor to kill a dog. That’s what made me angry. I’m not stupid. And any actor for sure will not allow it. And I will never put any actor in that position. In the province, there are certain people who are responsible for butchering a dog, pig, cow and more.)

Yapan also said that no one from the production and the staff ate the dog that was killed and that a pig was used in the scene. He also said he had no right to teach and tell the people of the town what to do since he has not done anything for them at all.

Meanwhile, Feliz Guerrero, one of the producers of the film, said that while it is a tradition for people to get together to slaughter an animal for their get together, they want viewers to see what the people from the province experience. They also said that they are aware of the laws.

(There is a law that gives protection to animals. We at Feliz Film Productions respect and follow this law. No one from the productin team killed a dog. But we need to show a tradition that up to now is done by different tribes and communities in accordance with their culture.)

He also pointed out 3 things that he hoped viewers will see on the metaphor use of a dog in the movie. Gutierrez also said the production of the movie values the importance of human rights and wants to protect a community that was abused and had 4 miners killed.

(Oro is a movie that asks questions and has hopes. Oro asks who you are, viewer, among the characters in the film. After seeing yourself, Oro aspires for the ideal changes.)

Read the full statement below.

Under Republic Act 8485 or the Animal Welfare Act of 1998, killing of animals is not allowed in film productions.

On Monday, January 2, the Philippine Animal Welfare Society (PAWS) asked the Metro Manila Film Festival (MMFF) executive committee to pull out the movie from cinemas due to the contoversial scene.

In an interview with reporters which was posted on their Facebook page, PAWS executive director Ana Cabrera said they are investigating and compiling evidence to file a complaint.

(We are investigating so we can get evidence that a crime was committed so we can file a criminal case.)

“But more than that, what we expected from this meeting is that the MMFF, its executive committee itself, would find na one it’s wrong for them to have lied. Kasi sabi nila (Because they said) no animal was harmed or killed, hindi totoo (it’s not true). So talagang may pinatay na aso for the film. And doon pa lang, we expected higher sanctions, heavier sanctions from the MMFF,” she said.

(There was really a dog that was killed for the film. And for that alone, we expected higher sanctions, heavier sanctions from the MMFF.)

Cabrera said that aside from pulling out the movie, they want the people behind the movie to return the awards they won during the Gabi ng Parangal last December 29.

“We are actually disappointed with the outcome [of the meeting] kasi our request was for the film to be pulled out kahit bukas na lang ang last day…and we wanted all the awards awarded to this film pulled out. Because a crime has been committed. Pero ang sabi nila, ang gagawin na lang is ie-edit na lang yung mga objectionable scenes from the movie. You can edit it all you want, but the fact remains that a dog was killed and it’s not right. Kaya we’re very disappointed,” Cabrera said.

In a statement sent to the media, Senator Grace Poe also asked the MMFF organizers to look into the issue of whethera dog was really killed in the film. The movie was awarded the Fernando Poe Jr Memorial award, which is named after Poe’s later father.

“I call on the MMFF organizers to look into the matter of whether a dog was actually butchered as part of the filming of the movie Oro in violation of the existing law on animal welfare. If in fact that were the case, I condemn such act and would move for the invalidation of the FPJ award given to the film. The MMFF and the producers of Oro should fully cooperate with the concerned government agency for the immediate investigation on this matter. Artistic license does not justify the violation of our laws.

“Though I am not part of the jury that decided on the award, it is my responsibility to uphold the values of FPJ. He would never condone an act of animal cruelty.

“Aside from the possible criminal liability, if indeed proved, the MMFF should also consider applicable administrative sanctions against the producers and/or film makers for any misrepresentation before the MMFF selection committee on this matter which in itself may already justify the movie being stripped of any and all awards it received among other sanctions,” she said.

The MMFF ExeCom, meanwhile, for its part said they’ve met with both parties and that it was out of the MMFF’s jurisdiction if PAWS wants to file a case against the people behind Oro.  (READ: MMFF films get extension in select SM cinemas)

Aside from the Fernando Poe Jr Memorial award, the movie also won Best Actress for Irma Adlawan, who played the role of Kapitana, and Best Ensemble cast award. – Rappler.com