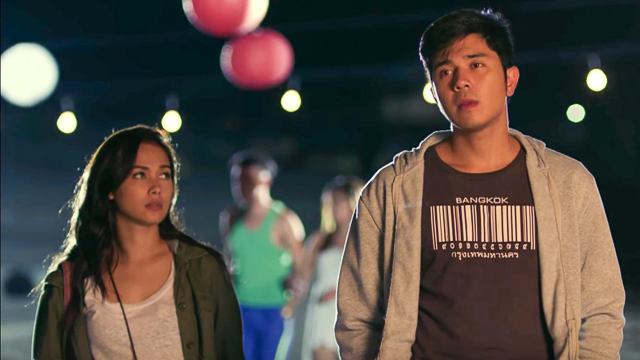 MANILA, Philippines – The full trailer for I’m Drunk, I Love You starring Maja Salvador and Paulo Avelino is here!

The trailer, released on Wednesday, January 11, features more scenes from the movie than the teaser showed in theaters during the Metro Manila Film Festival 2016.

I’m Drunk, I Love You follows two best friends, as they go on a road trip days before graduation to reseolve their feelings for each other.

The trailer is full of hugot lines and relatable quotes about love and pining.

“Ikaw nalang ang umaasa, kahit yung pag-asa nag-give up na sa ‘yo (You’re the only one still hoping, even hope has given up on you),” Jason (Dominic Roco) tells Carson (Maja) at the beginning of the trailer, referring to her feelings for Dio (Paulo).

In the end, he asks, “So the big question is, kailan mo balak tapusin (when will you stop)?”

“Yung katangahan ko? Yung kabobohan ko? (My stupidity? Or how foolish I am?)” replies Carson as the video cuts to a scene of her looking at Dio. “Five minutes pa... Five minutes pa,” she whispers.

I’m Drunk, I Love You opens in cinemas on February 15. – Rappler.com