Jan 13, 2017 4:33 PM PHT
Rappler.com
Facebook Twitter Copy URL
Copied
(UPDATED) Bullet Dumas and BP Valenzuela say they withdrew from the festival because they are opposed to the drug-related extrajudicial killings 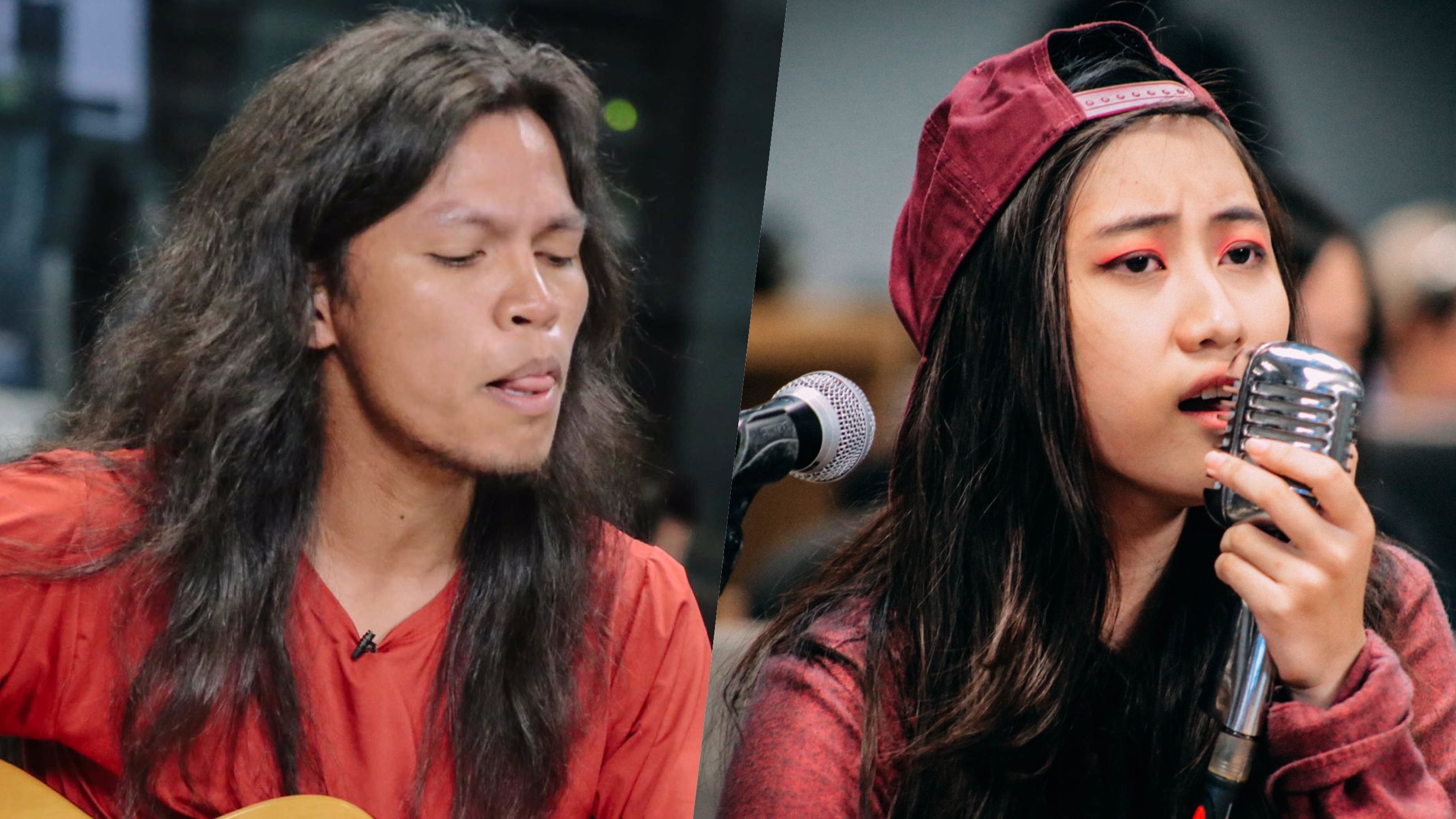 MANILA, Philippines (UPDATED) – On Friday, January 13, Rakrakan 2017 announced that 5 artists – Taken by Cars, Techy Romantics, BP Valenzuela, KZ Tandingan, and Bullet Dumas – will not be joining the festival this year.

Rakrakan Festival 2017 will be held at the SM Mall of Asia (MOA) concert grounds on January 14.

The following day, Cheats also announced on Twitter that their Rakrakan gig was cancelled.

We will not be playing at the Rakrakan festival tonight. See you at the next gig!

The festival did not explain why the artists pulled out, but Dumas and Valenzuela spoke on social media about why they withdrew.

On Thursday, January 12, Dumas announced on Facebook that his Rakrakan performance was cancelled.

“Ako po ay humihingi ng taos-pusong paumanhin na hindi na ako makakarating sa Rakrakan sa Sabado, Enero 14 (I would like to extend my sincerest apologies, as I will no longer be part of Rakrakan Festival on Saturday, January 14). My personal beliefs and convictions may be challenged if I continue to join the show,” Dumas said.

(I am not for drugs as the high that music gives me is enough. But I am opposed to the relentless killing of those supposedly involved in drugs. I hope that the current fight against drugs is aligned with justice and truth, and not death.)

Rakrakan 2017’s theme is “OPM Against Drugs,” a response to the 2016 “Closeup Forever Summer” concert tragedy, where 5 people died due to drug use.

Rakrakan’s 2017 festival will be held in partnership with government agencies like the Pasay City Anti-drug Abuse Council, the Dangerous Drugs Board (DDB), the Philippine Drug Enforcement Agency, and the Rehabilitation, Alternative Programs, and Interventions for Preventing Illegal Drug-dependency (RAPID) Response Consortium.

Philippine National Police (PNP) chief Director General Ronald “Bato” dela Rosa is set to attend and speak at the festival. President Rodrigo Duterte was invited as well, but declined the invitation due to scheduling. The President’s “war on drugs” has been linked to over 6,200 deaths from both police operations and vigilante-style killings.

Cheats, Taken By Cars, and KZ Tandingan did not explain why they backed out of the festival, but Techy Romantics’ Dondi Virrey said in a Facebook post announcing their cancelled gig, “Let it be clear that I support the fight against drugs. And I appreciate what team Rakrakan has done to promote us as part of the festival.”

Not informed about the message?

Valenzuela spoke about her issue with the festival in a series of tweets on December 9, clarifying why she was part of the lineup despite her opposition to the war on drugs.

“The [concert organizers] Rakista Radio people have done a lot for local music, but they didn’t tell the artists about the messaging of the festival before the promos… or the speech by the President and Bato among other things. I’m very reluctant to play in support of this message, but I’ve committed to it. I don’t want my playing to be misconstrued as support for the admin’s war. If anything, I hope there is a proper avenue for drug education.”

Valenzuela added: “#OPMAgainstDrugs is an attempt to distance themselves from the reputation of the fest being full of stoners. But it doesn’t mean it’s right.”

probably thinking their only hope for the festival to not be hounded especially after this: https://t.co/2kj6s8gdDy

or the speech by the president and bato among other things. i'm very reluctant to play in support of this message but i've committed to it

i don't want my playing to be misconstrued as support for the admin's war. if anything i hope there is a proper avenue for drug education

#opmagainstdrugs is an attempt to distance themselves from the reputation of the fest being full of stoners. but it doesn't mean it's right

friends have been asking me about my participation knowing I'm a very vocal opponent of the war against drugs. hope it clears the air

On Friday, January 13, she announced she would no longer be playing at the festival.

In a Facebook message to Rappler, Valenzuela said that she had wanted to pull out of the festival but was reluctant to do so because of the support she had gotten for her performance.

“I wanted to [pull out] before but then a lot of people messaged me about being excited for Rakrakan. Initially, I couldn’t find it in my heart to cancel knowing that,” she said. “I heard the promos and the fact that Bato was invited to speak, and it made it harder. We had planned to pull out before pa, but announcements were already made now.”

When asked if she had known about the festival’s theme and the government’s involvement in the festival before she signed on, Valenzuela simply answered, “Nope.”

In a text message to Rappler, Rakrakan’s Keith Delatorre said the theme and the government’s involvement was mentioned in the festival’s invitation to artists and their management.

Not included in the letters was Dela Rosa’s appearance, because it wasn’t originally part of their plans. “It was only decided last week, a day before the [January 6] press conference, upon recommendation of RAPID Response. That’s why artists weren’t informed about it prior to the press con.”

He added that the PDEA and the PNP’s involvement were requirements of the SM MOA’s security and management.

At the said press conference, the concert organizers were asked for a response to people who say that the festival could be taken as support for the extrajudicial killings (EJK) that are associated with the administration’s war on drugs.

Rakista Radio CEO Harold Solomon said: “‘Yung event naman (The event) will not be political, it’s more on support for the campaign of the government.”

Delatorre added: “It [the festival’s theme] was directly a response to what happpened to the Closeup incident. Second, I think it’s okay to say that we support the anti-drugs campaign, but we don’t support EJKs [extrajudicial killings], kasi (because) well, we all know that is wrong.”

A hundred artists are expected to take part in the festival this year. Aside from performances and the anti-drug campaign, there will also be a skateboarding exhibition and competition, a street art contest, and a merchandise exhibit. – Rappler.com