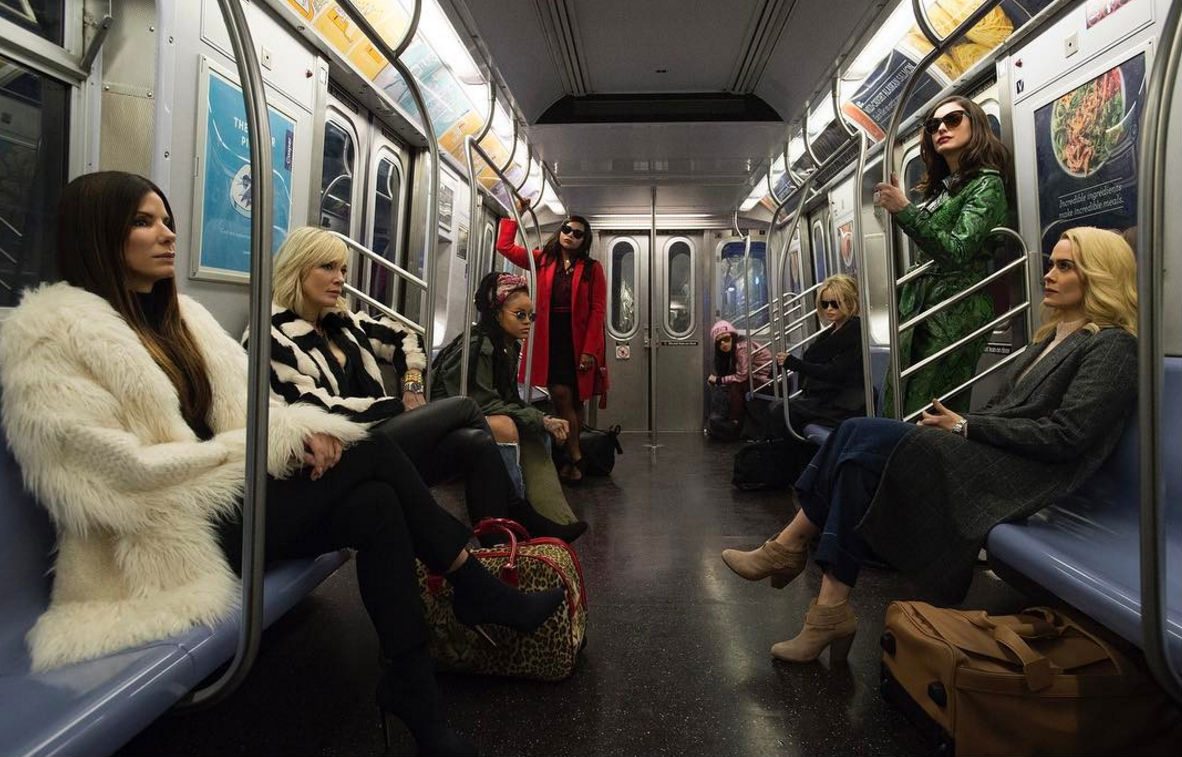 MANILA, Philippines – The first photo for the upcoming all-female Ocean’s 8 was unveiled on Monday, January 30, by Warner Brothers.

In the movie, the gang tries to pull off a heist during the annual Met Gala.

In Summer 2018…the tide will turn. Here’s your First Look at #Oceans8. | Warner Bros. Pictures’ and Village Roadshow Pictures’ first look at “Ocean’s 8” from one of New York City’s most iconic locales: the subway. In Summer 2018, the tide will turn as (L-r) Debbie Ocean (#SandraBullock) attempts to pull off the heist of the century at New York City’s star-studded annual Met Gala. Her first stop is to assemble the perfect crew: Lou (#CateBlanchett); Nine Ball (Rihanna @badgalriri); Amita (@MindyKaling); Constance (@Awkwafina); Rose (#HelenaBonhamCarter); Daphne Kluger (@AnneHathaway); and Tammy (@MsSarahCatharinePaulson). Photo by Barry Wetcher.

The movie is scheduled for release in US theaters on June 2018. – Rappler.com