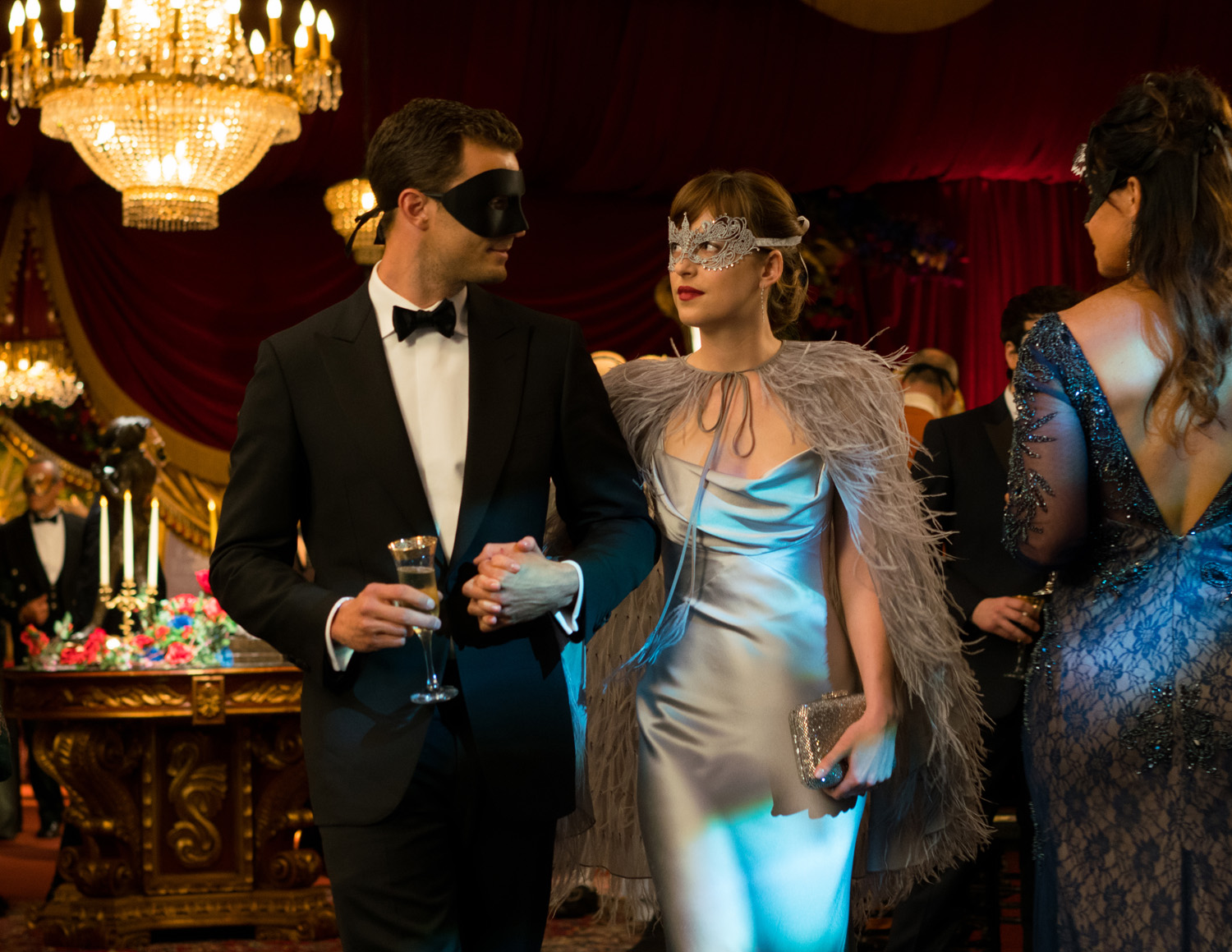 MANILA, Philippines – One of the most glamorous scenes in Fifty Shades Darker is a masquerade ball held at Greys’ house, and in the movie, Anastasia Steele (Dakota Johnson) wears an outfit to match.

In Fifty Shades Darker, opening in Philippine cinemas on February 8, Ana wears a silver satin sheath gown with a draped neckline designed by none other than Monique Lhuillier. Over it, she wears a handmade ostrich feather capelet.

See more of Ana’s gown and learn more about how the masquerade came to life in the movie in the video below:

In a release for the movie, Monique said: “Like the Monique Lhuillier woman, Ana radiates confidence and femininity, and so the gown I imagined for this iconic scene encapsulates that modern sophistication.”

In the same release, costume director Shay Cunliffe said that they sent Monique images of old Hollywood as inspiration for the gown.

“Ana’s cape itself was a challenge – each feather was sewn by hand – but I felt it would magnify Ana’s showstopping entrance at the ball, hearkening back to the 1930s screen sirens,” said Shay. “Monique also beautifully resolved our need to create a gown which can effortlessly slip to the ground… another feat of engineering.”

In the novel that the movie is based on, Ana meets Christian Grey’s former lover at the masquerade ball. Elena Lincoln (aka Mrs Robinson) is played by Kim Basinger.

Christian also bids thousands of dollars for Ana at the charity auction held at the masquerade.

What do you think of Ana’s Monique Lhullier gown? Sound off in the comments! – Rappler.com