The new ‘Beauty and the Beast’: 10 things you didn’t know Facebook Twitter Copy URL
Copied
A Disney film's first 'gay moment,' new characters and songs, and the stars singing on the soundtrack – here's what you need to know about 'Beauty and the Beast'

MANILA, Philippines – Fans have been looking forward to Disney’s Beauty and the Beast live-action remake for months, and it’s no wonder – with its all-star cast, timeless story, and catchy songs, the animated film holds many precious memories for those who saw it in the ’90s.

Bill Condon’s Beauty and the Beast stars activist and Harry Potter actress Emma Watson and Dan Stevens – best known for his role as Matthew Crawley in Downton Abbey – as the eponymous couple.

Also on board are Luke Evans as Gaston, Josh Gad as his sidekick Le Fou, and Ewan McGregor, Ian McKellen, and Emma Thompson as talking objects Lumiere, Cogsworth, and Mrs Potts. The movie has also drummed up a lot of talk in the weeks leading up to its release, with covers of the movie’s songs by today’s biggest pop stars, Emma’s commentary on Belle’s alleged Stockholm Syndrome, Disney’s first “gay moment,” as described by director Bill Condon, and more.

Before you head to theaters to see the movie – it opens in Philippine cinemas on Thursday, March 16 – here are a few things you may not know about the film.

Three new songs have been added to the animated classic’s soundtrack.

The songs were written by Oscar winning composer Alan Menken – who worked on the original soundtrack – and lyricist Tim Rice.

Ariana Grande and John Legend sing the title track in the soundtrack, while Emma Thompson sings the theatrical version as Mrs Potts.

In an interview with Entertainment Weekly, Emma Watson spoke about Belle’s alleged Stockholm Syndrome, saying that she initially struggled with it. Belle actively argues and disagrees with [Beast] constantly. She has none of the characteristics of someone with Stockholm Syndrome because she keeps her independence, she keeps that freedom of thought,” Emma told EW.

She added that Belle fought against the Beast and actively made a decision to kind to him.

“I think that’s the other beautiful thing about the love story,” she said. “They form a friendship first and that gap in the middle where there is this genuine sharing, the love builds out of that, which in many ways I actually think is more meaningful than a lot of love stories, where it was love at first sight.”

Director Bill Condon revealed to Attitude magazine that the movie will have an “exclusively gay moment.”

“LeFou is somebody who on one day wants to be Gaston and on another day wants to kiss Gaston,” Bill told Attitude.

He continued: “He’s confused about what he wants. It’s somebody who’s just realizing that he has these feelings. And Josh makes something really subtle and delicious out of it. And that’s what has its payoff at the end, which I don’t want to give away. But it is a nice, exclusively gay moment in a Disney movie.”

According to Attitude, the moment will be a first for any Disney film.

The moment was initially censored out in a cut of the movie for Malaysia, but Disney rejected the censorship and chose not to release it in the country instead. Right before the movie was released in Malaysia, where homosexuality is illegal, the head of the censorship board told local media that the scene was cut before the film was approved.

Disney later told Bloomberg in a statement that “the film has not been and will not be cut for Malaysia.”

In Singapore, the Christian clergy spoke out against Disney for going against “wholesome, mainstream values.”

Luke and Josh had fun as Gaston and Le Fou, improvising many lines in the movie. In a conference call with Southeast Asian media, Luke said he and Josh played around with the dialogue in the film. The first part – as Gaston is foolish and almost endearing before he gets outright villainous – was great for some humorous interaction between their characters.

“We were allowed to sort of play with the dialogue and because comedy sometimes, the funniest moments are the spontaneous moments, so we played with the script quite a lot and yeah, there’s lots of ad lib moments in the film,” said Luke, specifying a cart scene in the forest with Maurice (Kevin Kline), Belle’s father. “A lot of that stuff that we say to each other came out as we were shooting.”

For the movie, 27 large-scale practical sets were built at Shepperton Studios outside London. 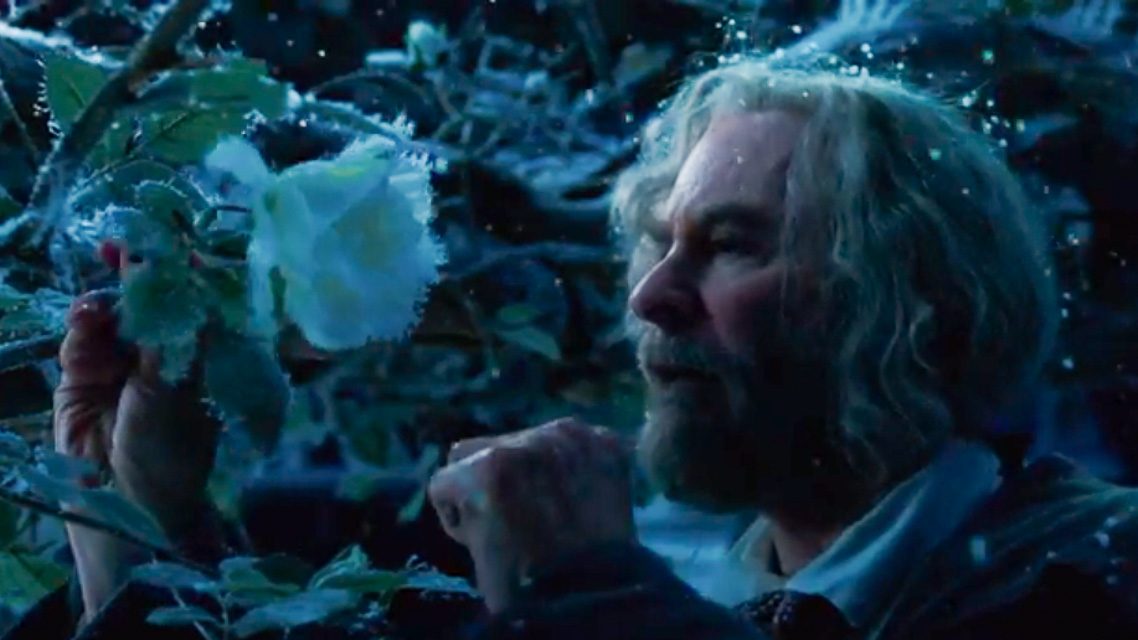 All the sets in Beauty and the Beast were built at the studios, including the village and the ballroom. The forest, Luke’s personal favorite, took 15 weeks to complete, and included real trees, hedges, a frozen lake, a set of 29-foot high ice gates and approximately 20,000 icicles, according to a release.

Luke shared: “I remember, because it was quite strange, we were galloping on horseback through this forest – and it was a beautiful sunny day outside – and we were on horses, riding into this forest inside, it was cold, everything was frosty, it was very weird, very strange experience, but it looked absolutely beautiful and very atmospheric. The detail and work that went into that was extraordinary.”

Dan Stevens acted as the Beast, though the character was created digitally. According to a press release from Disney, Dan had to wear stilts and a prosthetics muscle suit with a gray bodysuit on top for the physical performance capture portions.

For scenes when he had to interact with the animated household staff, Dan wore a fractal gray bodysuit with visual effects indicators.

Bill said in the release: “I’m a big fan of Dan’s… he’s got this amazing range. Taking this part on was taking on a lot more than just playing a role because of all the incredibly complicated technical things he had to face and the trust he had to place in everyone around him that all that work he did would shine through in the end. It takes a certain kind of character to be willing to do that.”

The costumes for the movie were designed to be ethical and sustainable, and made with fair-trade fabrics. Designer Jacqueline Durran and her team started working on the costumes 3 months before principal photography because they wanted to make them ethical and sustainable. They used natural and low impact dyes and printed with traditional wood blocks.

A new character will be added to this version of Beauty and the Beast. Maestro Cadenza, now a harpischord, and his wife Italian opera diva Madame de Garderobe, now a wardrobe in Belle’s room, were performing for the prince in his castle when the spell was cast.

Will you be watching Beauty and the Beast when it comes out in theaters? What other Disney film do you want to see turned into a live-action movie? Let us know in the comments! – Rappler.com