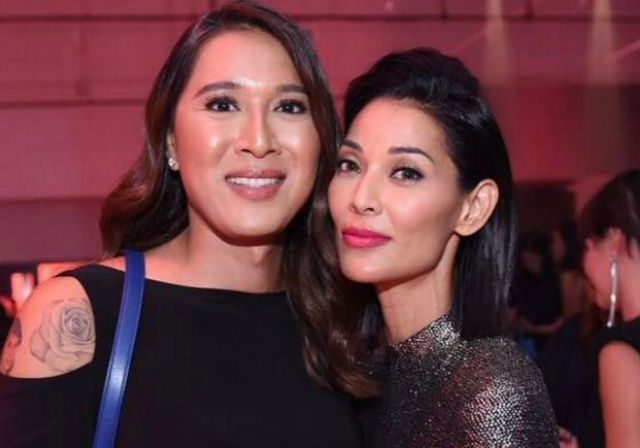 MANILA, Philippines – TLC Asia aired on Thursday, June 22, a special feature titled The Kings, about couple Joey Mead King and Angelina Mead King, their struggles, challenges, and their acceptance of their current relationship.

In 2016, Angie, formerly known as Ian King, came out as a transgender woman.

In the June 22 episode, Angie and Joey talked about how it all started.

Angie narrated that Joey allowed her to dress up in women’s clothes and makeup, and that it was tricky, as he was trying not to be labeled. Joey also shared that she would be asked if she was a lesbian, since she was in a relationship with Angie.

Angie recalled that when she removed the clothes and makeup and saw “Ian” in the mirror, she would feel sad about it. She finally talked to Joey about how she would feel if she dressed like a woman every day. The model-TV host admitted that it took her time to accept.

“I think that’s when, like, if you’re driving a car, and you slam on the brakes in the middle of the road, it’s just, it’s just like this big screech. And silence,” Joey said.

“It was a difficult process because, hang on – this is just a fun thing that we do together right? It was just really wild and I was like, I can’t do this. I don’t think I can continue. I don’t think that’s where I can be,” Joey continued.

Joey said that she reacted negatively and was self-destructive, until she came to a realization, rallied herself, and helped her spouse.

Today, Angie said that despite the struggles they had, she would still come out to Joey.

Joey said that the love Angie gave her made her realize that she is loved, no matter what.

Coming out to friends and family

The episode also showed how Angie’s friends and family came to terms with her transition, how they were surprised, and how they had to adjust. Instead of losing friends as she had initially thought she would, Angie’s friends stood by her and supported her.

Angie also shared that when she was born, her mom thought she was giving birth to a girl and even had a girl’s name ready. As Ian King, she grew up in the company of her father Archie and brother Atticus, as their mom left when she was just two years old.

One of the things Angie was afraid of about coming out was hurting the people she loved, especially Archie, who was a prominent businessman in the country.

When Archie died in a plane crash in 2015, Angie said she was heartbroken because not only was her father gone, he also died on her brother’s birthday. Before his death, Archie had told Angie that he knew that she was going through a lot of issues but asked not to hurt herself in the process.

“When he passed away, that’s when I realized that life is definitely too short and that’s when I took it seriously and I started transitioning,” said Angie.

Today, Angie still gets to do what she loves, like car racing and running a car repair shop.

She said: “Normally when you come out, your family disowns you. Your wife divorces you, you get fired from work. I’m in the luckier part of any transperson’s lifestyle.”

Joey added that she can’t imagine her life without Angie: “I don’t see my life without this human being. I really love, really love her and I knew that’s all I need. And I’m fulfilled.”

The episode closed with Angie saying that they both can’t wait to see what happens to them in the future. – Rappler.com