A new challenge for McCoy de Leon, Elisse Joson in ‘The Good Son’ 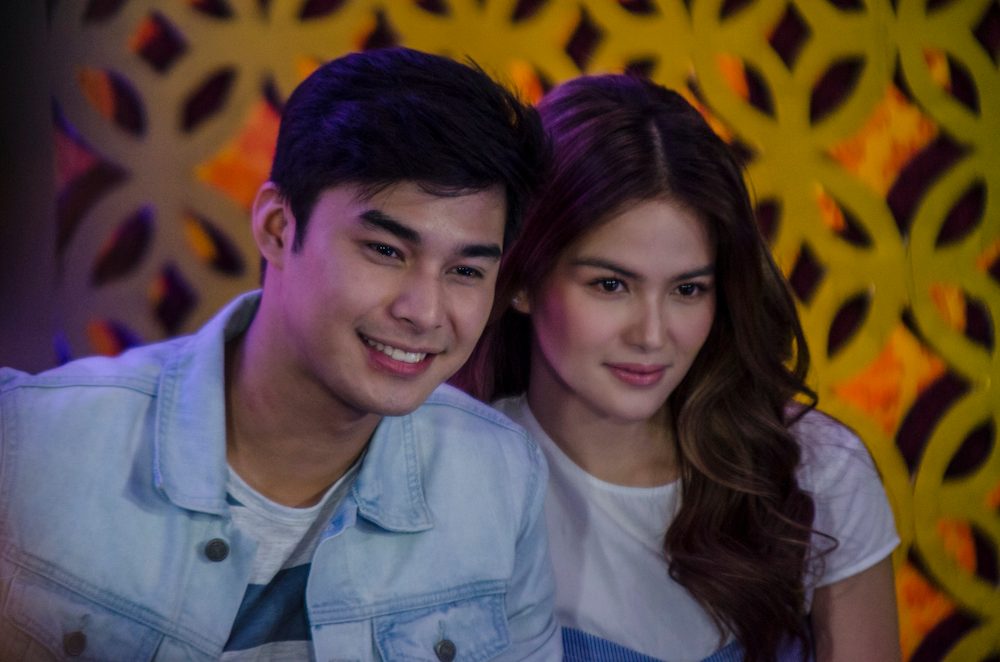 Facebook Twitter Copy URL
Copied
The two talk about their closeness, plus Elisse on working with ex-boyfriend Jerome Ponce

MANILA, Philippines – After their successful stint on Ang Probinsyano, former Pinoy Big Brother housemates McCoy de Leon and Elisse Joson are now ready to take on a different challenge as they headline their first primetime teleserye, The Good Son.

During the press conference for the upcoming ABS-CBN family drama, Mccoy and Elisse admitted that there is definite pressure being on a primetime series, alongside veteran actors Albert Martinez, Mylene Dizon, Eula Valdez, and John Estrada. Aside from the two, Nash Aguas, Alexa Ilacad, Loisa Andalio, Joshua Garcia, and Jerome Ponce are part of the show.

Although they worked on Ang Probinsyano after PBB Lucky Season 7, the onscreen couple revealed that being part of such a big project as newcomers proved to be quite difficult.

(During Ang Probinsyano, our acting was put to the test for the first time because it was our first teleserye. But here in The Good Son, I can probably say that this will give something different to our love team. Our characters here are deeper.)

To get through some of the more challenging scenes, Mccoy and Elisse revealed that they learned to depend on each other.

(We really prepared for this. We both talked to each other, because as newbies, we won’t get into a big project when we’re not ready. We always help each other. We talk to each other on what to do.)

(This time, we use each other in the scenes because in Ang Probinsyano before, we were still adjusting. Now, it helps that we know each other very well.)

Every turn a surprise…

Elisse also promised fans that they wouldn’t be the typical couple on The Good Son.

(In the show, we don’t get along with each other, so I hope you guys will get kilig on that part. Because it’s not your typical role where in one likes each other. We’re both irritated with each other here.) 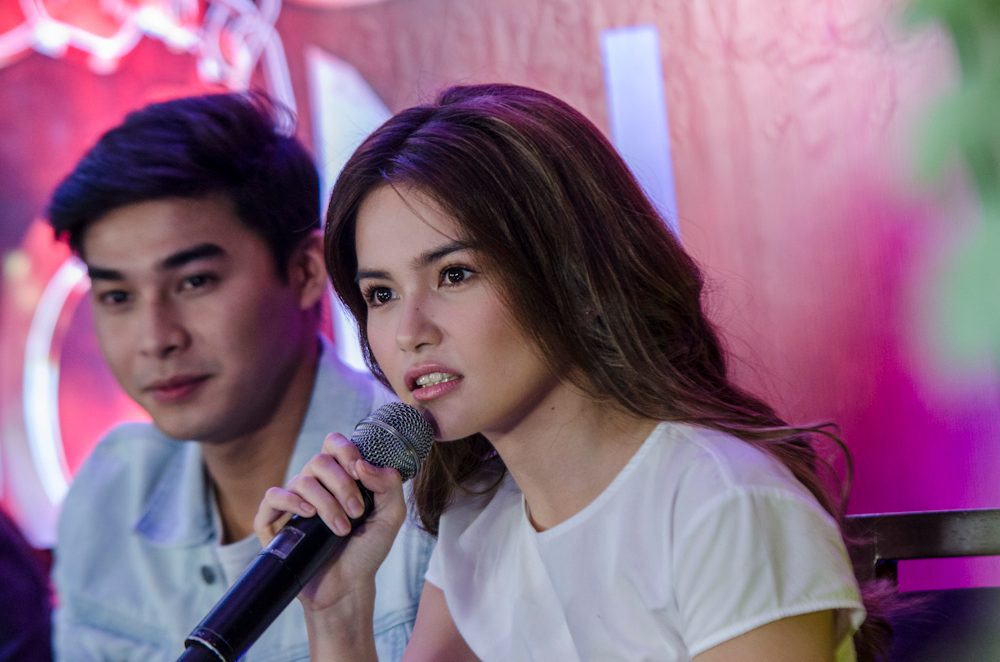 During the interview, Elisse surprised everyone when she opened up about coming from a broken home. Although she’s no longer yearning for a father figure, she revealed that she’s still open to the possibility of reconciliation with her dad, given the chance.

According to McCoy, he has always been by her onscreen partner’s side, lending her emotional support, in whichever way he can.

(I just support her like giving [advice]. Sometimes, I also stand as her best friend, brother. As a dad, that’s hard , but as person, I’m always there for her. Whatever she looks for, I try to fill it in.)

Seeing how close the two of them are, Elisse was asked if she sees Mccoy as “husband material.” While refusing to reveal the real score between them, she admitted that Mccoy has all the good qualities one can ask for in a partner. 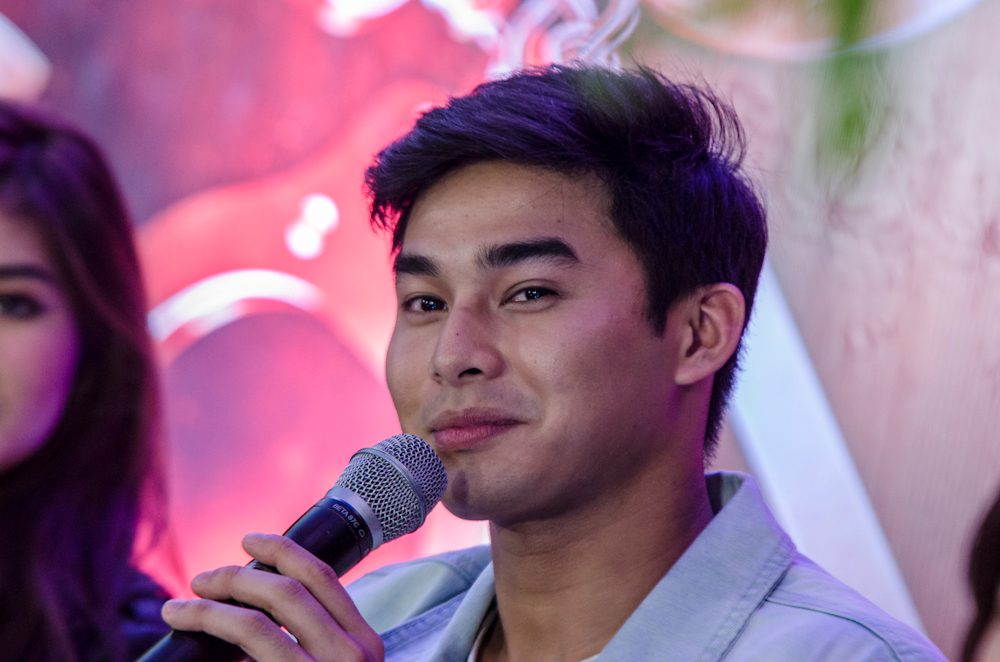 “Ever since the beginning, lagi ko naman sinasabi sa lahat na (I’ve always said that) McCoy is a true gentleman. Hindi s’ya mahirap mahalin (It’s not hard to love him). Very responsible and a good son. So what else can you ask for?”

“The good thing about Mccoy? He doesn’t give up easily. Kumbaga, ipaparamdam n’ya sayo – kasi minsan ako po, kunyari nawawalan ng lakas ng loob sa work din po – s’ya lagi nya pinaparamdam sakin na he’s always there kakayanin ko na kasama s’ya (when I tend to give up or lose strength with work, he will always make me feel that I can do it with him.)”

Jerome Ponce, Elisse’s ex-boyfriend, is also part of The Good Son. His character, however, is in a love triangle with Loisa Andalio and Joshua Garcia. Elisse and Jerome met on the set of Be Careful with My Heart but had to hide their relationship because he was still starting in showbiz. According to Elisse, Jerome eventually broke up with her to concentrate on his career.

While Elisse and Jerome haven’t had the chance to shoot a scene with just the two of them, she insisted that there is no awkwardness on set.

(For me, there’s no problem whatever happened. He’s very happy and I’m happy also, so I don’t think there’s a need to be awkward about it. As a professional and since we had something together, we know each other well so there’s nothing wrong.)

(We don’t have scenes together yet, but at the set, it’s very casual. We smile at each other but we have different tents for the boys and girls, so we never had a chance to bond or talk.)

Admittedly, when she found out that Jerome will be joining the cast, his role was originally for Elmo Magalona who backed out on the project, Elisse shared that she had her reservations.

(When I found out the news, at first I was skeptical like ‘really?’ But after a while, I told myself since we’re both in the industry, we will meet and cross paths no matter what. So I just prepared myself. I told myself there’s nothing wrong with it.)