MANILA, Philippines – At the time of Hugh Hefner’s death, Playboy Enterprises, Inc was a global media and entertainment company with magazines, TV networks, and many websites to its name.

In 1953, however, Playboy was just a magazine that Hefner produced in his kitchen.

In memory of Hefner and his legacy, here are 10 of the most controversial Playboy covers that have been released since the magazine began.

This issue was the first Playboy magazine ever published, produced in Hugh Hefner’s kitchen. The issue, which made quite a stir in the ’50s, used already-published photos of Marilyn on the cover and the inside spread. While this cover on its own was racy in the ’60s, it was also controversial for the optical illusion that occurs when you cover half the photo with your hand, completely hiding the model’s navel.

In 1969, Playboy made a statement about gender stereotypes with their cover featuring Loran Hopper. Darine Stern was the first black woman on the cover of Playboy. Patricia Margot McClain’s pose in the November 1975 issue of Playboy was a response to the rise of the magazine’s competitor Penthouse. September 1979 – Girls of the Ivy League

Feminists spoke up against the “Girls of the Ivy League” feature in 1979, though college girls had been appearing on Playboy‘s covers for years before then. In 1977, they released a similar cover titled “Girls of the Big 10.” Playboy featured 9 women in this issue, but 7 of the 9 were soon unemployed after the magazine was published. 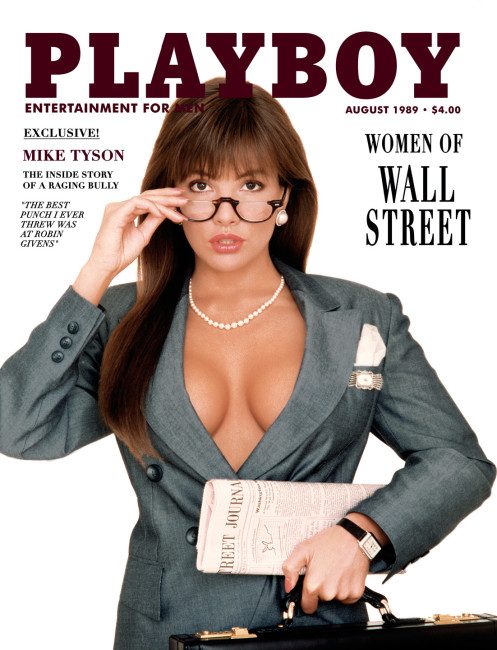 November 1980 – The Women of the US Government

Days before Ronald Reagan won the US presidential election, Playboy released a 10-page spread featuring real-life government employees. After posing for the magazine, two US Navy workers were honorably discharged from service.