Oct 5, 2017 11:17 AM PHT
Agence France-Presse
Facebook Twitter Copy URL
Copied
Taylor is nominated for 6 awards at the MTV Europe Music Awards to be held in London 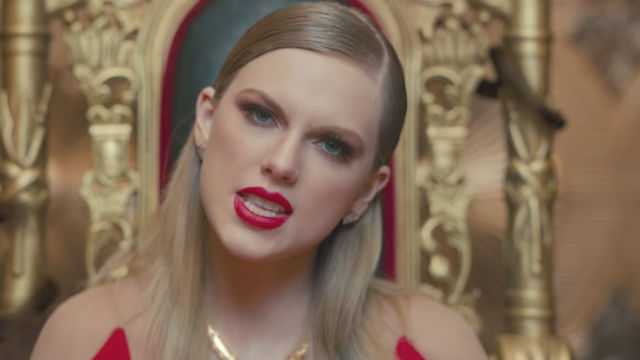 NEW YORK, USA – Taylor Swift led the nominations announced Wednesday, October 4 for the MTV Europe Music Awards after she caused a stir with her vengeful new persona on “Look What You Made Me Do.”

The pop superstar was up for 6 prizes including Best Artist and Best Video at the international edition of MTV’s awards gala, which will take place in London on November 12.

“Look What You Made Me Do,” the lead single from Swift’s upcoming album Reputation, broke the record for first-day views on YouTube as Swift, long an anodyne cultural force, showed a sinister new side to herself.

The video opens in a graveyard where a tombstone reads “Here Lies Taylor Swift’s Reputation” and goes on to take subtle jabs at her ex-boyfriends as well as rapper Kanye West, with whom she has a simmering feud.

Young Canadian sensation Shawn Mendes was second with 5 nominations, followed at 4 nods each for English songwriter Ed Sheeran and rapper Kendrick Lamar, who was the big winner at MTV’s signature Video Music Awards in Los Angeles in August.

Nominees for Best World Stage category, which recognizes international performances, include the Los Angeles-based DJ Steve Aoki for an MTV special in Malta and Foo Fighters for a gig aired from Barcelona.

The Europe Music Awards differ from the VMAs by recognizing international impact and featuring non-English categories.

But like the VMAs, the awards generally more watched for its pop culture moments, both scripted and unscripted, than for the actual winners.

MTV earlier announced that Rita Ora, a major pop singer in Britain who is set to release her first album in 5 years, will serve as host of the show in her hometown. – Rappler.com