Oct 5, 2017 3:28 PM PHT
Rappler.com
Facebook Twitter Copy URL
Copied
Netizens call out the TV host for saying that depression is just made up by those who suffer from it 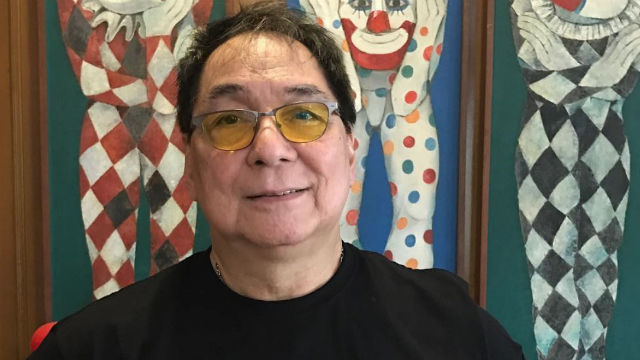 MANILA, Philippines – Eat Bulaga host Joey de Leon was called out by people online on Thursday, October 5, regarding his statement on depression.

During the segment of Juan for All , All For Juan, host Jose Manalo asked the sugod-bahay winner Maria Cristina about the condition of her mother. According to her, her mom had depression.

Jose: Anong sakit ni nanay? (What is the condtion of your mom?)

Maria Cristina: Ang sabi lang po nung doktor, depression tapos yung katandaan cause makakalimutin na po. (The doctor simply said she has depression and because of her age, she tends to forget already.)

Joey then went on to say: “Yung depression, gawa-gawa lang ng mga tao iyan. Gawa nila sa sarili nila.” (Depression is just something made up by people. They do it to themselves.)

Maine Mendoza on the other hand came to the defense, saying that depression is not a laughing matter.

(Depression is not a laughing matter. It’s not a joke. Because many people go through it, especially today’s youth. That if you’re going through it, give them the support.)

But Joey went on to say again: “Hindi, huwag n’yo suportahan. Gawa-gawa lang nila iyon.” (No, don’t support it. They just make it up.)

His statements did not sit well with many Twitter users, saying he was very insensitive.

Joey De Leon, there are jokes which are hilarious, funny, okay and below-the-belt. But yours was at the basement.

Joey De Leon, pls be mindful of your words.I have been diagnosed w/ Depression & Anxiety and have been taking meds. Hindi po ako nagiinarte

Be a Maine Mendoza in the world full.of Joey De Leon.

In May, the Senate passed on first reading the Mental Health Bill. The bill proposed that the Philippine health system include affordable and accesible mental health services.

Personalities such as Miss International 2016 Kylie Verzosa, Jerika Ejercito, and Antoinette Taus have been going around the Philippines to educate people on the importance of a healthy mind. – Rappler.com