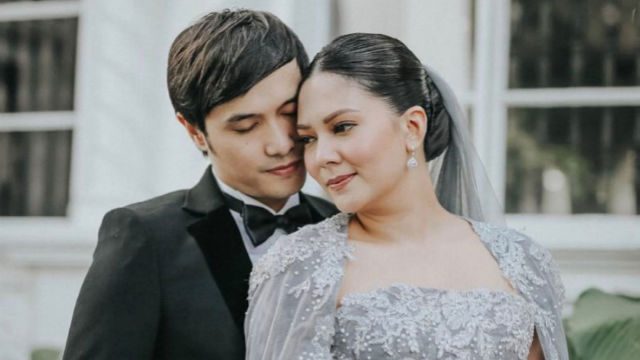 The actress wore a gray wedding gown, while Kean was in a black suit.

Among those who attended the wedding were John Prats and wife Isabel Oli, Glaiza de Castro, and Ryza Cenon.

Chynna Ortaleza and Kean Cipriano with their secondary sponsors #TilDeathWeDoArt

In an interview with PEP, Chynna said that even if they already had a civil wedding, they wanted to seal it in front of God. (Check out the prenup photos of Kean Cipriano and Chynna Ortaleza)

The two have a daughter, Stellar who was born in 2016. – Rappler.com