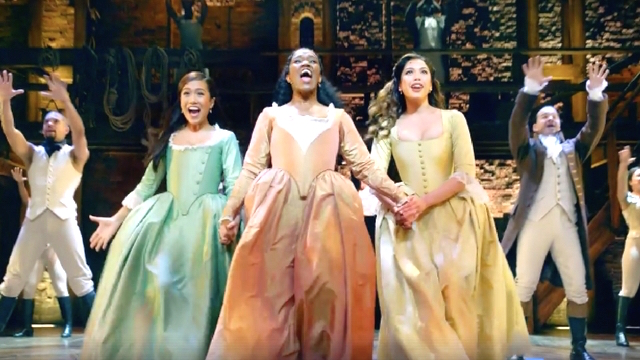 MANILA, Philippines – Rachelle Ann Go may be performing all the way in London, but Filipino fans can now get a glimpse of her as Eliza Schuyler in the West End production of Hamilton.

The scene takes place in the first act of the play, and introduces the privileged Schuyler sisters, who are singing about their excitement at being in New York and feeling the spirit of revolution there. The play’s main character, Alexander Hamilton, ends up marrying Eliza.

Hamilton officially opened at the Victoria Palace Theater in London on December 21. – Rappler.com